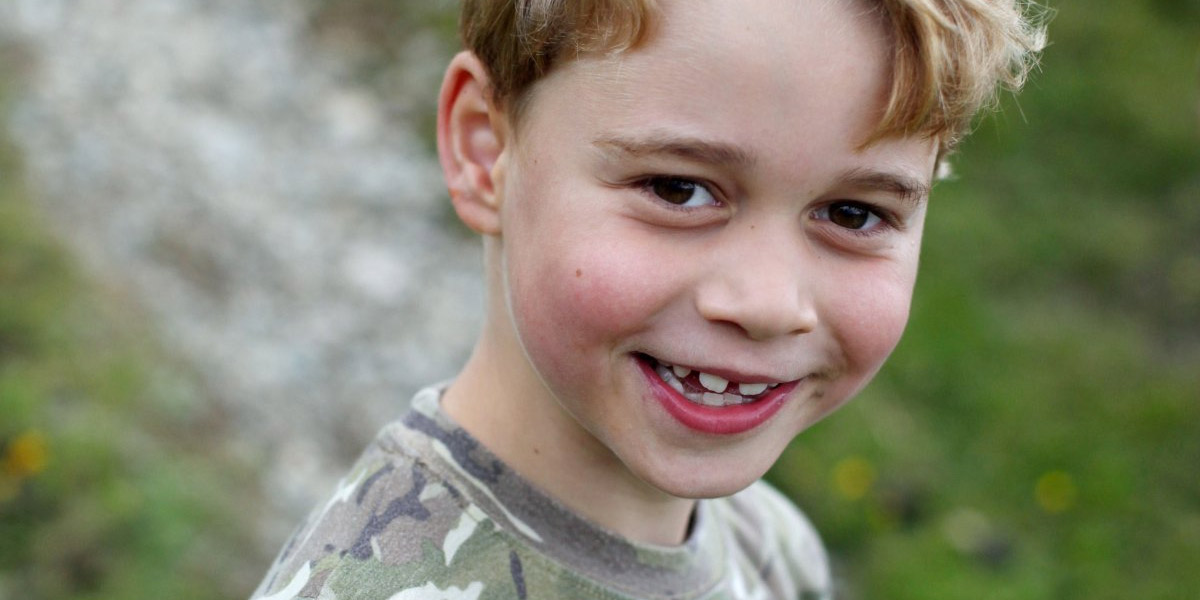 Our Favourite Looks From The Best Cruise 2021 Collections

Happy seventh birthday, Prince George! Kensington Palace has released two new portraits of the prince to mark the occasion. The adorable photos were taken earlier this month by Kate, who has taken many of the candid family photos of her children that have been released to the public.

“The Duke and Duchess of Cambridge are delighted to share two new photographs of Prince George ahead of his seventh birthday tomorrow,” according to a statement released from Kensington Palace to ELLE.com.

The family has been residing at their Anmer Hall home in Norfolk, since the pandemic started. The third in line to the throne—after Prince Charles, the Prince of Wales, and his father, Prince William—has been homeschooled by his parents all spring, along with his sister Princess Charlotte, who are both students at St Thomas’s Battersea.

Both William and Kate shared the funnier side of raising three children earlier this spring. (Prince George’s youngest brother Prince Louis turned two in April.) William reflected during a Zoom call in a BBC documentary about how challenging being a parent and teacher could be. “Homeschooling is fun, isn’t it?” William, 37, joked. “You start to worry about how little you remember from your school days when you can’t do the maths questions at home.”

The Duchess of Cambridge also addressed the experience during a BBC interview after the Easter holiday in April. “Don’t tell the children, we’ve actually kept it [homeschooling] going through the holidays. I feel very mean!”

“The children have got such stamina, I don’t know how,” Kate, 38, added. “Honestly, you get to the end of the day and you write down the list of all the things that you’ve done in that day. So, you pitch a tent, take the tent down again, cook, bake. You get to the end of the day—they have had a lovely time—but it is amazing how much you can cram into one day, that’s for sure.”

The family has been extra busy in lockdown, from growing sunflowers to baking with Kate. Prince Louis’ are growing better than George’s, much to the consternation of big brother George.

At Duchess Kate’s first public engagement since the lockdown at a garden center near the family’s Norfolk home, Kate said, “The children are really enjoying growing their sunflowers, Louis’s is winning so George is a little grumpy about that!”

The couple has put a priority on family life and creating as normal an upbringing for their children as possible despite their future Royal roles. As a family, they have been spending lots of time outdoors and enjoying activities together.

“The children have been attacking the kitchen, and it’s just been an explosion of flour and chocolate everywhere,“ Prince William shared recently. The Cambridges’ have also been teaching their children the importance of giving back along with the importance of duty and service, despite their children’s young ages. Earlier this year, the Cambridge children delivered homemade pasta to the elderly and vulnerable who reside on the Sandringham estate nearby their Anmer Hall home.

Like many young boys, George loves spending time with his Dad. Last fall, George was observed at a soccer match, cheering on his father’s favorite team Aston Villa.

We’ll have to wait until tomorrow to hear how George is celebrating his birthday, but expect it to be noisy, according to his godmother Julia Samuel, who was Princess Diana’s best friend and the founding Patron of Child Bereavement UK. Prince William serves as Royal patron of the organization.

Samuel shared on a podcast earlier this month that she’ll be giving George a present that is loud, like Diana used to do when she gave gifts. “So I do to George what she [Princess Diana] did to us, which is give impossible toys, which are really noisy, take a lot of making,” she said.

“I come in slightly tipped by the size of the present that [Prince] William then has to spend days putting together,” she said. “And then put all the machinery together and it makes awful tooting noises and lights flashing and all of that.”

She added: “That makes me laugh, and it makes George laugh!”

The Princess of Wales would have adored her grandson, according to Samuel: “He is amazing. He’s funny and feisty and cheeky and God, [Diana] would have loved him so much.”