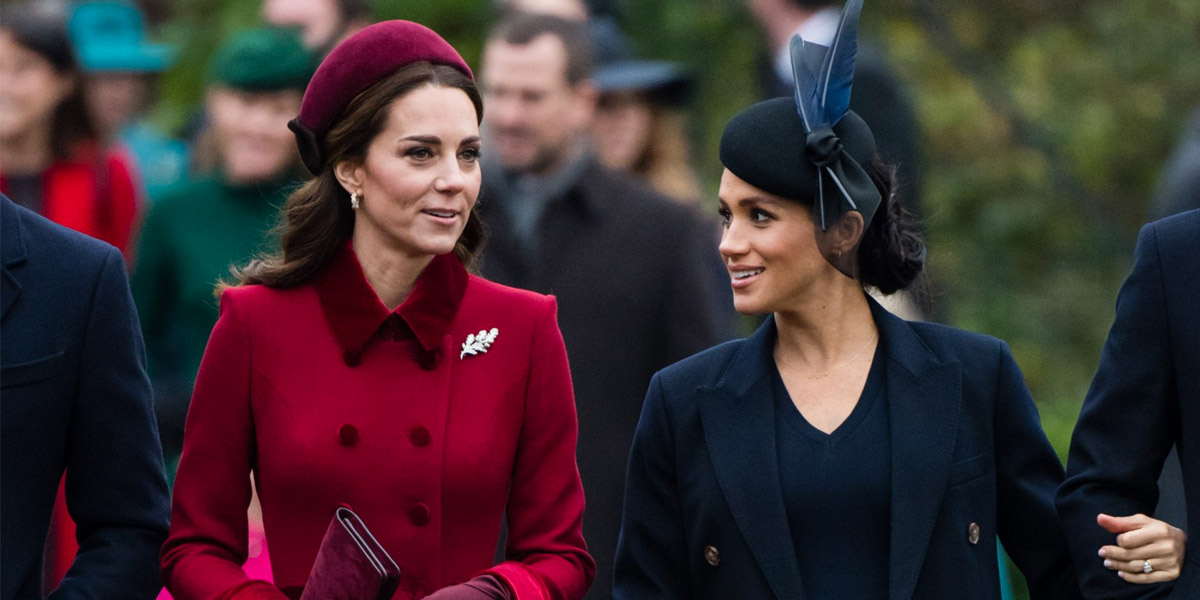 Excerpts from royal reporter Omid Scobie and ELLE.com royal contributor Carolyn Durand’s upcoming book Finding Freedom have been running in The Times all this weekend, and they’ve given the most insight yet on what led to Meghan Markle and Prince Harry‘s decision to step back from their senior royal family roles. The excerpts have also gone in-depth about Meghan’s relationship with her sister-in-law Kate Middleton and why they never became close.

“Meghan would agree with the assessment that the duchesses were not the best of friends,” the two reporters wrote. “Their relationship hadn’t progressed much since she was Harry’s girlfriend.” The two were not feuding, they added. Kate and Meghan just didn’t know each other that well. Kate didn’t really make a deep effort to become close to Meghan.

When Meghan first started dating Harry, the authors wrote, Meghan envisioned Kate would reach out and help her understand “everything an outsider to the Firm [the working side of the royal family] needed to know.” That didn’t happen. “Meghan was disappointed that she and Kate hadn’t bonded over the position they shared, but she wasn’t losing sleep over it,” Scobie and Duand wrote.

Why didn’t Kate pursue a close friendship or deep working relationship with Meghan? A source told the authors that Kate felt that they didn’t have much in common “other than the fact that they lived at Kensington Palace.” And even that changed, once Meghan and Harry moved to Frogmore Cottage in Windsor in 2019.

Kate didn’t really give Meghan the level of emotional support Meghan would have liked, they added. One example they cited was that Kate sent Meghan flowers for her birthday, which was a nice sentiment. But “Meghan would far rather have had Kate check in on her during the most difficult times with the press,” Scobie and Durand wrote.

Overall, Kate “did little to bridge the divide” between Prince William and Prince Harry after William told Harry that he was moving too fast with Meghan while Harry and Meghan were just dating—a big moment that really strained the brothers’ relationship. It wasn’t “necessarily her responsibility” to mend things, the authors prefaced it, but they added Kate was “fiercely loyal to her husband and his family.”

After Meghan and Harry got married and spent parts of their first year at their rented country home in Oxfordshire (between May 2018 and March 2019, before they moved into Frogmore Cottage), the Duke and Duchess of Cambridge never visited them. A source told the two reporters that “the invite was there.” Kate and William just never took it.

Several aides across royal households also debunked a major British tabloid story claiming Meghan left Kate in tears after a fitting for her and Harry’s wedding. They confirmed that Kate never cried.

“There are people, whether they work with the family or are members of the family, that know that a lot of this stuff isn’t true, and aren’t allowed to say anything, like that ridiculous story about Meg and Catherine and the bridesmaids’ dresses,” a trusted confidant told the authors. “That story was ridiculous and so false.”