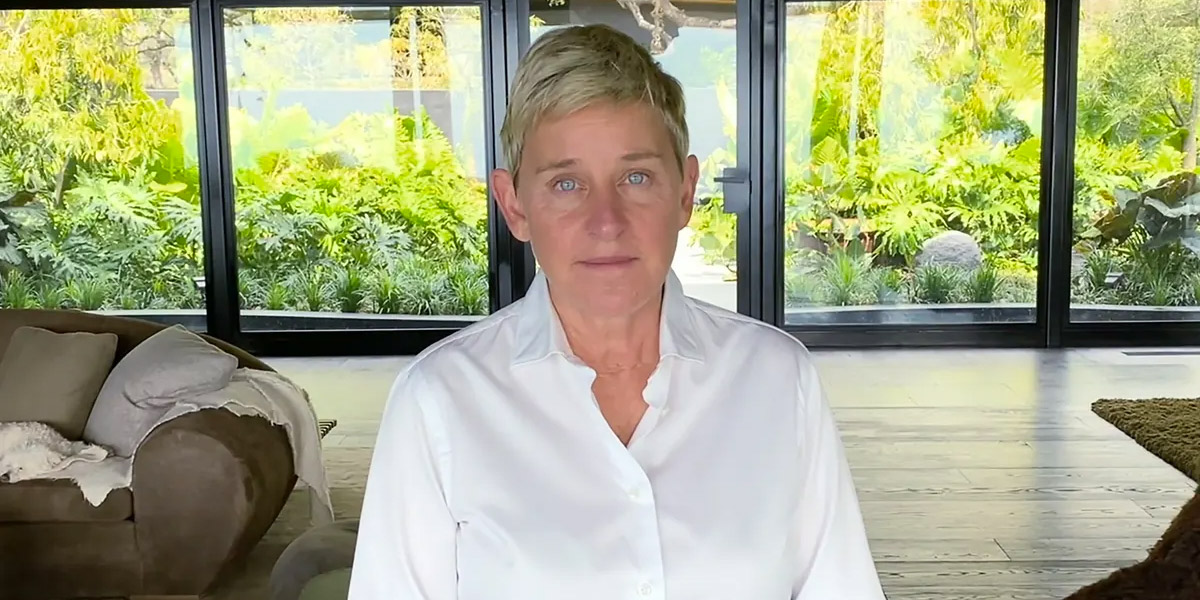 Ellen DeGeneres has long been one of the most recognisable, familiar and beloved figures on television in the US.

Starting as an actor on her sitcom Ellen in the early 1990s, she also became known for publicly coming out as gay on the Oprah Winfrey show and then via a Time magazine front cover which, at the time, was a rare and impressive move. Now she is at the helm of a media empire, with the central focus being a weekday chat show that welcomes A-List guests from Leonardo DiCaprio to Kim Kardashian West – many of whom are DeGeneres’ close friends. At this year’s Golden Globes she was presented with the Carol Burnett lifetime achievement award and in 2016, Barack Obama awarded the 62-year-old with the presidential medal of freedom.

Frequently touted as an LGBTQ+ icon, aspirational woman in media, an outspoken activist and someone who has largely built a reputation on the concept of kindness (with regular features of her show including audience giveaways and hefty charitable donations), the recent headlines surrounding DeGeneres have sent shockwaves across the world.

There has been a lot of confusion as to what has actually happened though. And also, who is involved and what the allegations really are.

Here’s what you need to know:

What are the accusations against Ellen DeGeneres?

A July Buzzfeed report cited several sources who claimed they had suffered sexual harassment, racism and bullying on the set of The Ellen DeGeneres show, labelling it a ‘toxic work environment’.

Among the allegations, one former Black employee claimed they suffered microaggresions and disrespectful comments, while other employees said they were fired for taking sick leave – including for serious mental health conditions – and attending family funerals. One also claimed they were instructed not to speak to DeGeneres if they encountered her during production.

While the accusations were largely levied against the executive producers rather than DeGeneres herself, she was criticised in the article for failing to take accountability for the negative climate on set and addressing injustices.

‘If she wants to have her own show and have her name on the show title, she needs to be more involved to see what’s going on,’ a former employee told the outlet. ‘I think the executive producers surround her and tell her, “Things are going great, everybody’s happy,” and she just believes that, but it’s her responsibility to go beyond that.’

Last week, Buzzfeed published a further article where sexual harassment and misconduct allegations were made against several producers on the show. All those accused vehemently deny the claims.

Prior to the most recent articles, in April Variety reported how several members of the crew were furious over the lack of communication about their jobs and pay as the show moved to a remote way of working due to the Coronavirus pandemic.

How has Ellen DeGeneres responded to the accusations?

The official line from the three executive producers to Buzzfeed was that they were ‘heartbroken and sorry’ to learn about the allegations of a toxic workplace and defended DeGeneres from the accusations, saying ‘For the record, the day to day responsibility of the Ellen show is completely on us.’

Days after the report, DeGeneres sent an internal email to those working on the show, which was later published on The Hollywood Reporter.

The star gave an emotional apology to her staff. Read her statement in full below:

“Hey everybody – it’s Ellen. On day one of our show, I told everyone in our first meeting that The Ellen DeGeneres Show would be a place of happiness – no one would ever raise their voice, and everyone would be treated with respect. Obviously, something changed, and I am disappointed to learn that this has not been the case. And for that, I am sorry. Anyone who knows me knows it’s the opposite of what I believe and what I hoped for our show.

I could not have the success I’ve had without all of your contributions. My name is on the show and everything we do and I take responsibility for that. Alongside Warner Bros, we immediately began an internal investigation and we are taking steps, together, to correct the issues. As we’ve grown exponentially, I’ve not been able to stay on top of everything and relied on others to do their jobs as they knew I’d want them done. Clearly some didn’t. That will now change and I’m committed to ensuring this does not happen again.

I’m also learning that people who work with me and for me are speaking on my behalf and misrepresenting who I am and that has to stop. As someone who was judged and nearly lost everything for just being who I am, I truly understand and have deep compassion for those being looked at differently, or treated unfairly, not equal, or – worse – disregarded. To think that any one of you felt that way is awful to me.

It’s been way too long, but we’re finally having conversations about fairness and justice. We all have to be more mindful about the way our words and actions affect others, and I’m glad the issues at our show were brought to my attention. I promise to do my part in continuing to push myself and everyone around me to learn and grow. It’s important to me and to Warner Bros. that everyone who has something to say can speak up and feels safe doing so.

I am so proud of the work we do and the fun and joy we all help put out in the world. I want everyone at home to love our show and I want everyone who makes it to love working on it. Again, I’m so sorry to anyone who didn’t have that experience. If not for COVID, I’d have done this in person, and I can’t wait to be back on our stage and see you all then.

Sine the reports, Warner Bros has began an internal investigation into the allegations and working culture.

What have celebrity guests and friends of Ellen said about the reports?

Since the reports, many have aired their views on the high-profile reports including those close to DeGeneres.

On Tuesday (August 3), the host’s wife Portia de Rossi broke her silence taking to Instagram to thank fans for their support.

Katy Perry, Kevin Hart, Diane Keaton, Ashton Kutcher and polo player Nacho Figueras have also voiced support for their friend, with Perry saying: ‘I think we all have witnessed the light and continual fight for equality that she has brought to the world through her platform for decades.’

However, others have offered some criticism.

The show’s former DJ Tony Okungbowa took to Twitter this week to say he was grateful for the opportunities afforded to him, but claimed he too had witnessed ‘toxic culture’, supporting his former colleagues including those that have spoken out.

Brad Garrett, an American actor best known for his role in the sitcom Everybody Loves Raymond, also waded in to the row following reports, claiming that this type of behaviour ‘comes from the top’. ‘Know more than one who were treated horribly by her.⁩ Common knowledge,’ he alleged, which suggests that there are some who feel Ellen herself is to blame.

What is happening now?

Apart from her internal letter to staff, DeGeneres has not responded to the reports and the Warner Bros internal investigation is still ongoing. In recent days, there have been rumours that DeGeneres will be replaced on the show with suggested candidates including James Corden, but there is little evidence to support this.

Stay tuned for more updates as they come.