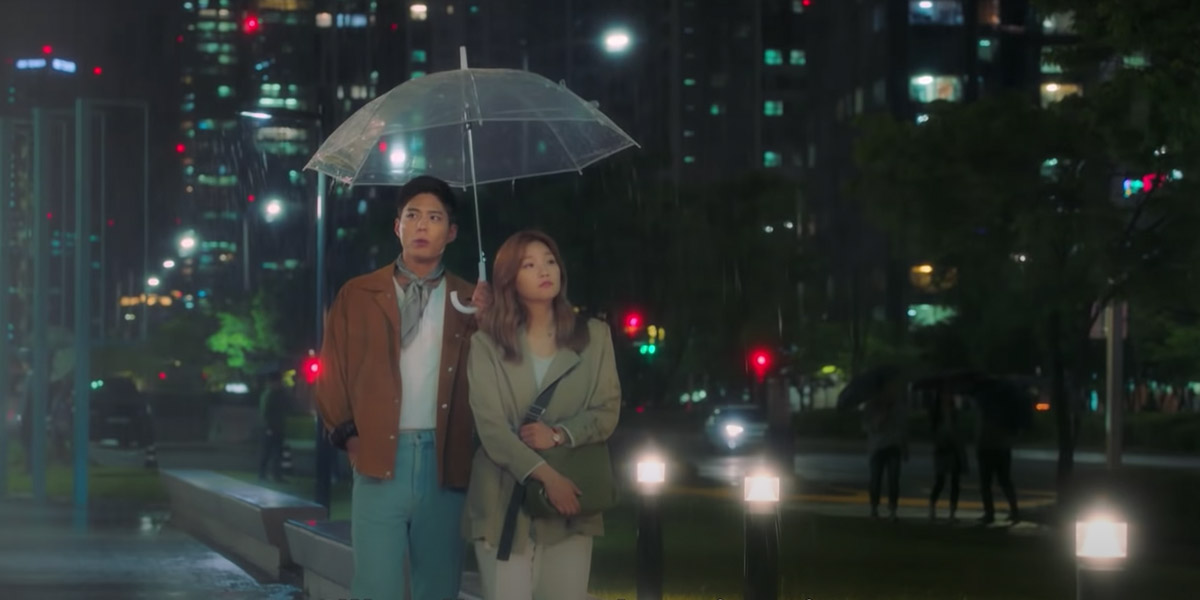 Update: Netflix has confirmed that the upcoming K-drama titled, Record of Youth is set to premiere on 7 September. The romantic series on young go-getters in the modelling industry stars Park Bo-Gum, Park So-Dam and Byeon Woo-Seok (aka a triple threat of gorgeousness). The second teaser has also been released alongside the official posters by the broadcasting station, tvN (who is killing it this year with amazing K-dramas such as It’s Okay To Not Be Okay and Flowers of Evil).

In this latest teaser, we get a sneak peek at the blossoming love between Sa Hye-Jun (Park Bo-Gum) and An Jeong-Ha (Park So-Dam). Snippets feature Jeong-Ha drunkenly proclaim that she will stop being a fan of Sa Hye-Jun. Then the two enjoy a coffee date with Sa Hye-jun saying he feels comfortable when he’s with Jeong-Ha. Not to mention the squeal-worthy moment of Hye-Jun tying a scarf around Jeong-Ha on a rainy day.

Check out the full teaser below:

Can we also mention how amazing these three stars look in the official promotional posters? Scroll through them below:

Original, 13 July: This September is looking a whole lot better with the announcement of a brand new K-drama starring the dashing Park Bo-Gum and Parasite‘s Park So-Dam. Titled Record of Youth, the South Korean slice-of-life TV series will centre around ambitious youths who are fighting to realise their dreams, namely Sa Hye-Jun (played by Park Bo-Gum), Won Hae-Hyo (played by Welcome to Waikiki 2‘s Byeon Woo-Seok) and An Jeong-Ha (played by Park So-Dam).

Sa Hye-Jun and Won Hae-Hyo are both models trying to get their big acting break. Meanwhile, An Jeong-ha is a budding makeup artist trying to turn her passion into her career. During this transitional time in their lives, they experience love, trials and tribulations, and friendship as they run full speed towards their dreams. Along the way, we see how the three stars mature and overcome life’s obstacles.

Here’s your first look at the TV show below:

We’re especially excited to see Park So-Dam’s return to the small screen after the incredible success of her previous film, Parasite. Record of Youth will also be Park Bo-Gum’s last big project before his mandatory military enlistment on 31 August this year. As a fan of Park myself, I cannot think of a more perfect “goodbye-for-now” gift to his fans than a romantic drama to remember him while he’s away for two years.

Record of Youth will be premiering exclusively on Netflix in September 2020. Stay tuned for more updates!