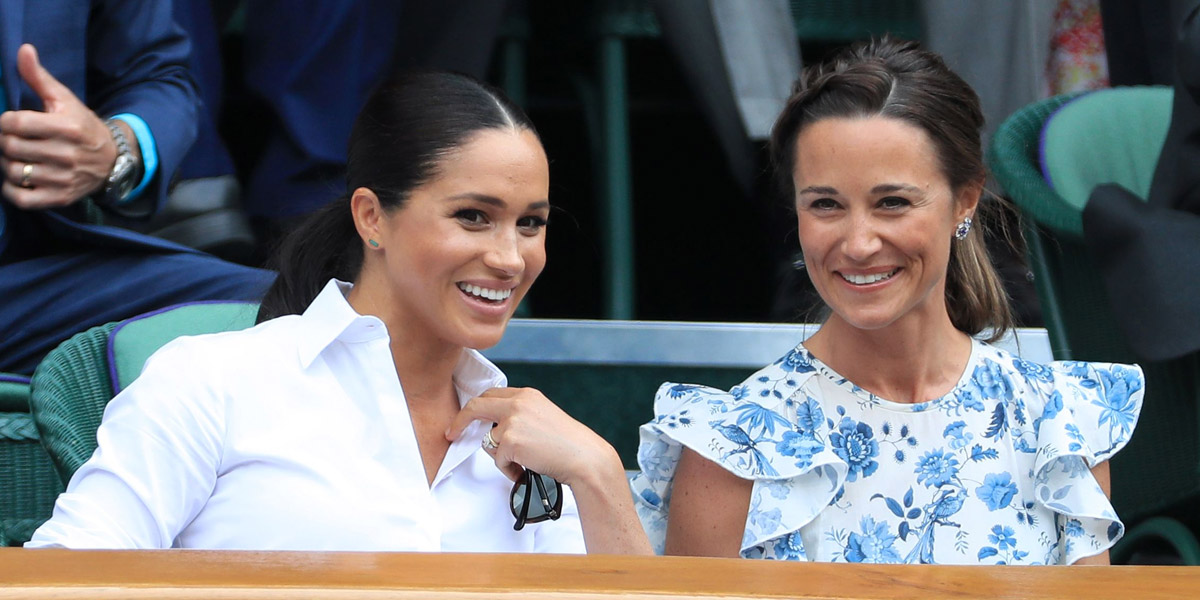 In May 2017, Prince Harry‘s then-girlfriend Meghan Markle was set to atten Pippa Middleton‘s wedding to James Matthews. Pippa hadn’t exactly been excited to invite her, royal reporters Omid Scobie and Carolyn Durand’s new book Finding Freedom reveals. Meghan ultimately didn’t go to the ceremony, and she and Prince Harry made the decision at the last minute.

Scobie and Durand called Meghan “somewhat of a reluctant addition” to Pippa’s guest list for the wedding. “Both the bride and her mom, Carole, privately harbored concerns that the American actress’s presence alongside Harry might overshadow the main event,” the journalists wrote.

Meghan had been determined “not to make a misstep at Pippa’s wedding” and worked with her friend Jessica Mulroney to put together a look for the church that was “stylish without being splashy.” Ultimately, Meghan didn’t need it.

Scobie and Durand write that “the day of the nuptials, The Sun ran a cover story, ‘It’s Meghan v Pippa in the…Wedding of the Rears,’ accompanied by a rear-view paparazzi picture of Meghan in yoga pants leaving a central London yoga studio that week side by side with the infamous photo of Pippa from behind during Kate’s 2011 wedding ceremony. Harry and Meghan agreed that she couldn’t possibly turn up at the church, only fifty meters away from a specially arranged media pen, after such a crass cover story.”

But Meghan did attend the reception—and didn’t just spend the day in London.

According to Scobie and Durand’s reporting, Harry dropped Meghan off at an Airbnb that a close friend and fellow wedding guest had rented before he attended the church service in Englefield.

Meghan got ready there for the reception, switching into a “decidedly unflashy long black gown” and doing her own makeup. Following the ceremony, Harry went back to the Airbnb, had lunch with Meghan, and drove them over to reception site.

Pippa, Scobie and Durand report, had all the couples sit apart for dinner. Afterward, Harry and Meghan reunited and “spent most of their time chatting about their evening apart,” the reporters wrote. “They called it a night close to 2:00 AM, a protection officer driving them back to Kensington [Palace].”

Meghan would go on to attend the Wimbledon women’s final in July 2019 with Pippa and her sister Kate Middleton. “They had a wonderful time,” a source close to Kate told the authors. “The whole day was lovely.”

Beauty Youtuber, NikkieTutorials Robbed At Gun-Point In Her Netherlands Home