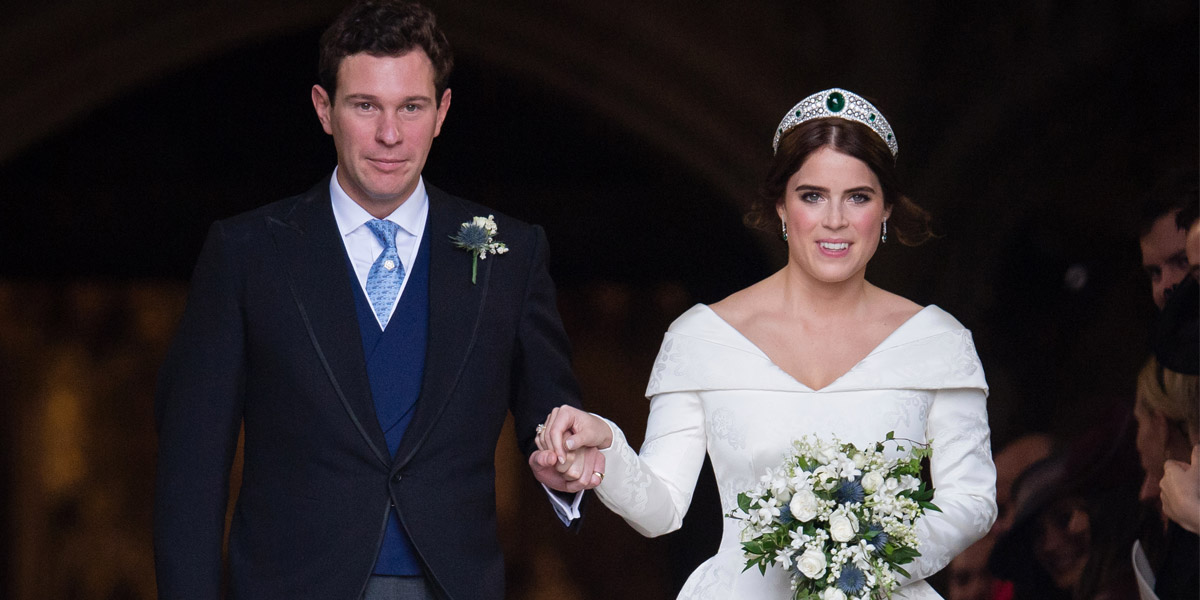 When Princess Eugenie got married to Jack Brooksbank in October 12, 2018, some royal fans began speculating that Meghan Markle was pregnant with her first child. She was—and she and Prince Harry chose to tell the family during Princess Eugenie’s big day, royal reporters Omid Scobie and Carolyn Durand reveal in their new book Finding Freedom.

“It did not go down particularly well with Eugenie, who, a source said, told friends she felt the couple should have waited to share the news,” the authors wrote.

Meghan and Harry would ultimately share the news publicly on October 15 when they arrived in Sydney for the beginning of their royal tour there. Kensington Palace released a statement, saying that “Their Royal Highnesses The Duke and Duchess of Sussex are very pleased to announce that The Duchess of Sussex is expecting a baby in the Spring of 2019.”

“Their Royal Highnesses have appreciated all of the support they have received from people around the world since their wedding in May and are delighted to be able to share this happy news with the public.”

Eugenie and Harry are actually quite close—and she was one of the first people to find out about him dating Meghan. Earlier in Finding Freedom, Durand and Scobie wrote about how Meghan and Harry secretly attended an October 2016 Halloween party in Toronto with Eugenie and Brooksbank. At that point, Meghan and Harry had “already been out on two double dates with them,” the authors wrote.

“Eugenie had always been more than just a cousin to Harry,” they wrote. “They were also the closest of friends. Out of all the Queen’s grand-children, Harry and Eugenie have one of the most natural connections. Like Harry, Eugenie is loyal, honest, and great fun. The two had many nights out together in London.”

“Harry had always confided in his cousin when it came to the women in his life,” they added. “Not only did he trust her implicitly, but friends say that she gives great advice and has always been ‘beyond wise’ for her years.”

Eugenie, at that point, “told friends she loved Meghan and that she was ‘just the tonic’ for him [Harry],” Scobie and Durand wrote.

Meghan and Harry’s decision to share the news of their pregnancy at Eugenie’s wedding did not do irreparable damage to their relationship with her, by the way. Scobie and Durand report that Eugenie actually made “several visits” to see them and their baby Archie while they were staying at Frogmore Cottage during Archie’s first months alive.