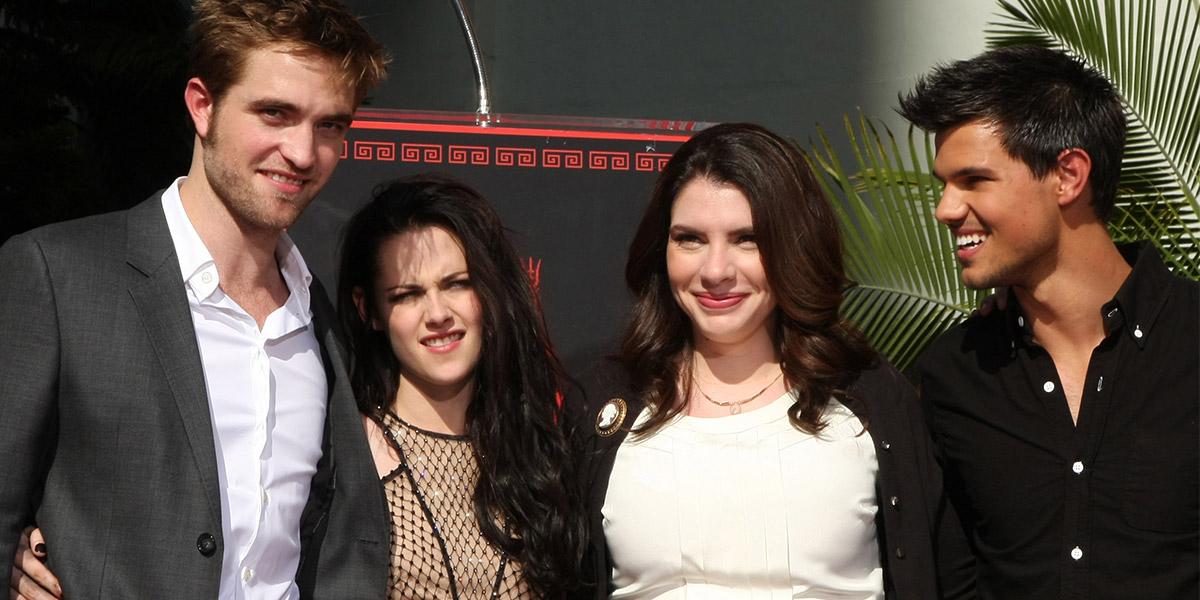 Don’t tell Robert Pattinson, but even if he manages to avoid playing Edward Cullen in a Midnight Sun film, there are two more chances for him to return to the role: Author Stephenie Meyer has announced there are more Twilight books on the way.

Midnight Sun, the retelling of Twilight from Edward’s point of view, has already been deemed a massive success, selling more than a million copies in its first week of release and demonstrating that the Twihards of yore are still alive, well, and thirsty for more. (And they’ll pay for it.) So you can only imagine the fervor when Meyer announced that, even after Sun’s debut, the Twilight saga still isn’t over.

In a virtual live event with bookstore chain Books-A-Million, Meyer revealed that she has two more Twilight books in progress. “There are two more books I think in the world that I want to write,” she said. “I have got them outlined and a chapter written I think of the first one, so I know it’s there.”

But hold up before you fish your Team Edward t-shirt out of the back of your closet. These future entries probably won’t be as Edward-centric as Midnight Sun. When Concepción de León of the New York Times asked Meyer if she wanted to retell the whole series through Edward’s lens, Meyer replied, “No. Not at all. This is it for Edward…No, I wouldn’t want to do that—especially given that New Moon would just be a nightmare of depression and emptiness.”

So when can we expect the new tales of bloodlust and ardor to arrive? Not any time soon. Meyer appears to have set the drafts aside for the time being, telling Books-A-Million viewers that, “I am not ready to do that right now. I want to do something brand-new. For me, a lot of the joy of writing comes from creating, and I really want to do a new world and new rules and new mythology. Mythology is kind of my thing.”

Apparently, writing Midnight Sun was absolute hell for Meyer. She’s compared it to being stuck in “prison bars,” and said “every single word was a struggle.” She apparently hated being in Edward’s brain; he made her “extra anxious” during the writing process. Might this make the author hesitant to take a trip back to Forks? Maybe. But if she’s already dropping bombs to her rabid fanbase about new books, we can hope she’ll keep her word.