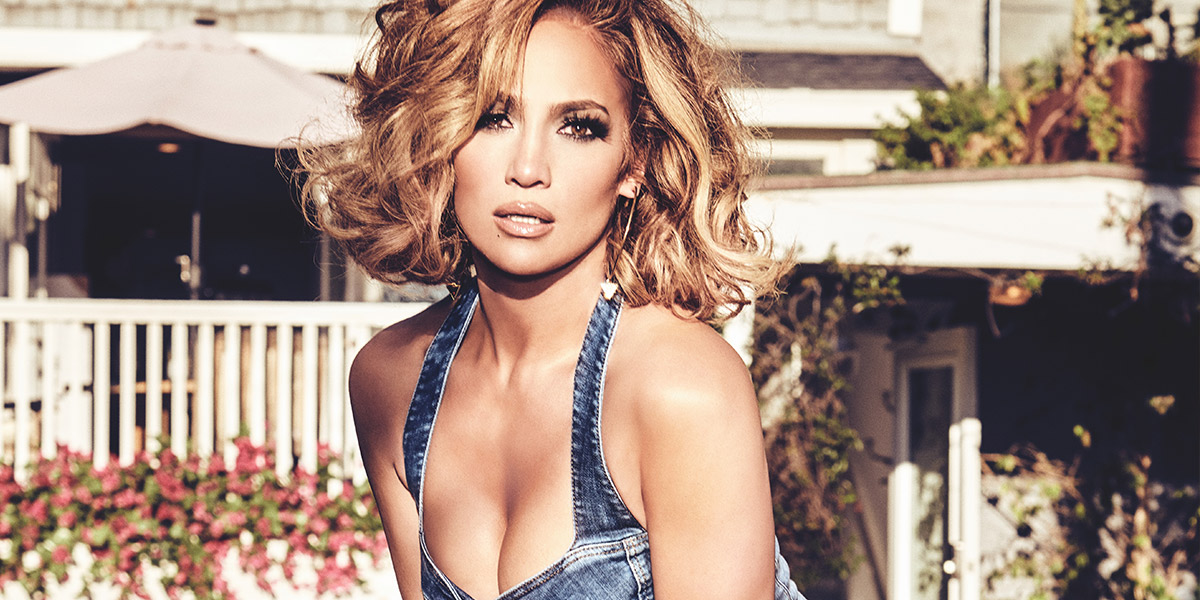 Tight, snug and curve-hugging in all the right places, a simple pair of dark blue skinny jeans sat low on my hips. Neither long nor short, the hem hit perfectly at my feet, skimming above the bottom of my ankles. Its distinctive red question mark logo had GUESS embroidered in capitalised black letters stitched above it while being framed inside a white triangular strip sewn on the back pocket. When I looked in the mirror, I didn’t see my 13-year-old self staring back at me. Instead, I saw an “It” girl striding confidently inside the mirror ignoring the four white walls of the fitting room. Though I was almost five feet tall, I felt like an L.A. tabloid princess in designer denim being chased by the paparazzi. It was my first pair of GUESS jeans that started a love affair with the brand over the years.

Launched in 1981 by Paul, Georges, Armand and Maurice Marciano, the brothers wanted to shake up the denim world by creating well-fitting jeans inspired by Old Hollywood aesthetics. Inspired by the buxom bombshells of the bygone years, they named a pair of high-waisted tapered curve-hugging jeans called Marilyn. The Marcianos tapped Claudia Schiffer, Naomi Campbell, Charlize Theron, Adriana Lima and Eva Herzegova long before their careers blew up. Bringing along photographer Ellen von Unwerth to shoot the campaigns, a brand was born.

While the supers dominated the fashion industry with their wasp waists and slender physiques, Paul Marciano had a hand in plucking the unknowns and turning them into overnight sensations a la Andy Warhol. Case in point, Anna Nicole Smith, whose tall and thick frame was made to be modelled after Jayne Mansfield in 1992. Although sexy elegance was the Guess Girl’s main asset, the brand wasn’t afraid to add in some humour when Smith parodied the Mansfield and Sophia Loren stare-off in another campaign.

Apart from Smith, Maricano also made stars out of Gigi Hadid, a family friend of his two children, Hailey Bieber, who booked two campaigns, alongside Charlotte McKinney, whom he discovered via Instagram circa 2013. After modelling campaigns for swim, lingerie and jeans, she designed a line of retro cool swimsuits with Guess in 2019.

After trading in hip hugging low rises for belly button-covering high rises in the 2010s, Guess expanded into a new venture that felt radically modern to its Old Hollywood-inspired image: streetwear. With its unisex and diverse appeal, Marciano formed an alliance with rap’s no.1 fashion killa A$AP Rocky in 2016. Featuring striped logoed tees with embroidered $ signs, acid wash jeans, sleek denim jackets and overalls, the collaboration proved itself to be a hit when it was sold at Opening Ceremony. Thanks to its successful sales, they collaborated again in 2017.

Riding off the success of A$AP Rocky’s collaboration, Guess tapped 88 Rising, a management company that represents Rich Brian, to design a 14 piece capsule line in 2018. Consisting of ‘90s inspired tie dye tees and hoodies, it was a grand success. Even Rich Brian himself plugged the line on his management’s Instagram.

Rather than dropping it on Guess stores, it was exclusively distributed at HBX, where the collaboration sold out in 20 minutes in 2018. It was such a runaway hit that Guess tapped 88 Rising to release a 16 piece drop in 2019. However, Guess didn’t completely stray away from their glamorous roots while being rooted into the music world.

With talent as diverse as Joe Jonas, J. Balvin, Camila Cabello and Jennifer Lopez, they either flexed their muscles in underwear, body con apparel and/or designed exclusive merch that aligned with an album release or a tour. Although Jonas, Cabello and Balvin are closer in age, Lopez is an outlier as she bagged her first campaign at 48 for Spring 2018 and another at 50 for Spring 2020.

In the recent years, Guess journeyed to the East by tapping Korean idol-turned-actress Suzy Bae to be its denim campaign star. Though K-pop’s emphasis on wholesomeness and Guess’ trademark brand of sensuality are two radically different universes, their mutual love for streetwear and denim shows that great minds are indeed alike on the inside.

Growing up in Southeast Asia all my life, I never thought that a brand like Guess can touch all corners of the world, including the continent I proudly call home. Though its core image is old school, yet contemporary Americana, Guess never makes me feel excluded. I realise that after all these years, Guess never fails to lose its magic touch to create iconic moments and build careers while defying gender, cultural, age and beauty norms.

A Complete List Of The CFDA Fashion Award Winners Of 2020