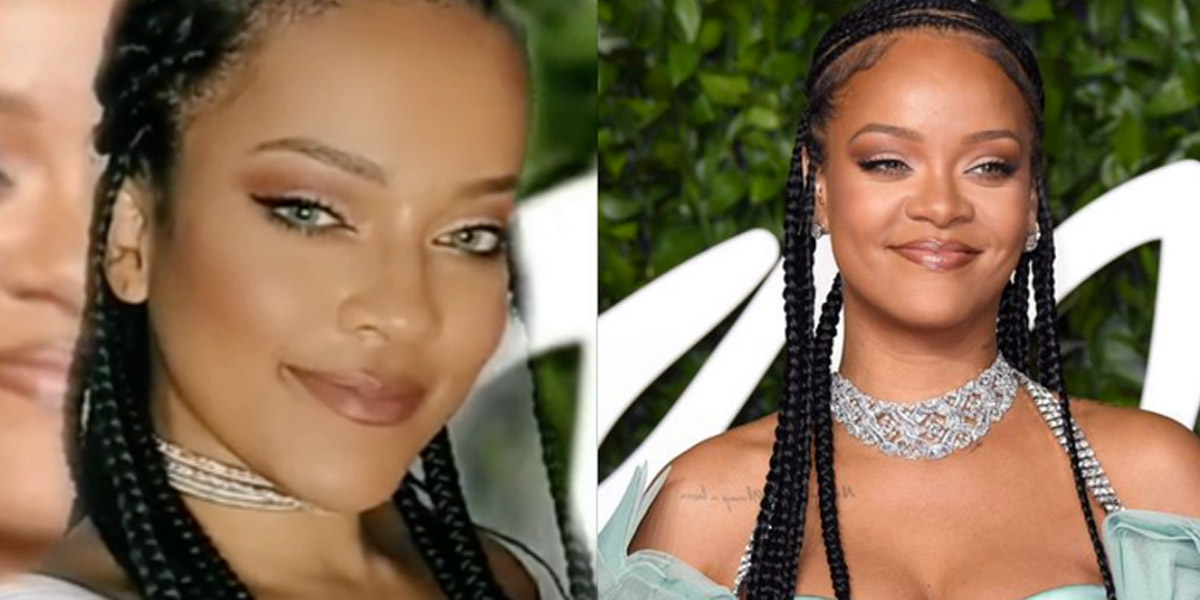 It was really only a matter of time before Rihanna got a lookalike of her own, amirite? I mean, Meghan Markle has one, Taylor Swift has one, Ariana Grande has an entire army of them, and so do the Kardashian and Jenner girls! But despite Rihanna being a literal icon within the music, fashion, and beauty industries, it took 5ever for Rih’s long lost twin to pop up on the internet…until now.

A few days ago, 28-year-old Priscilla Beatrice posted a video of herself on TikTok recreating Rihanna’s look at the British Fashion Awards last year. And honest to God, Priscilla looks so much like Rih that I had to whip out my prescription glasses and do a double take. I mean, LOOK:

Literally how TF is this even possible??? I always knew the government experimented with clones at Area 51, but I honestly did not expect their work to be this good.

Rih really didn’t have to go this hard with that joke, but in case you were wondering what the status is on this imaginary album, know that it’s coming. Rih confirmed to Entertainment Tonight that she’s ‘always working on music and when I am ready to put it out in the way that I feel fit, it’s gonna come out. And you’re not going to be disappointed when it happens. It’s going to be worth it. I’m not just gonna put it out just because people are waiting. It’s taken this long, I’m gonna make it worth it.’

Priscilla is clearly a big Rihanna fan, so when she saw that Riri interacted with her post, she took to Instagram and wrote: ‘.. I still can’t believe it !!! The page @theshaderoom shared my video on their profile and THE OWN RIHANNA @badgalriri saw my video and commented !!!! Do you know what I’m feeling right now ??? I can’t stop crying with emotion !!!! Of happiness!!!!! It is a dream!!! God is so wonderful !!!!!’

Kudos to Priscilla for handling the Rih recognition so gracefully, because if I were her, I truly would not know how to act!