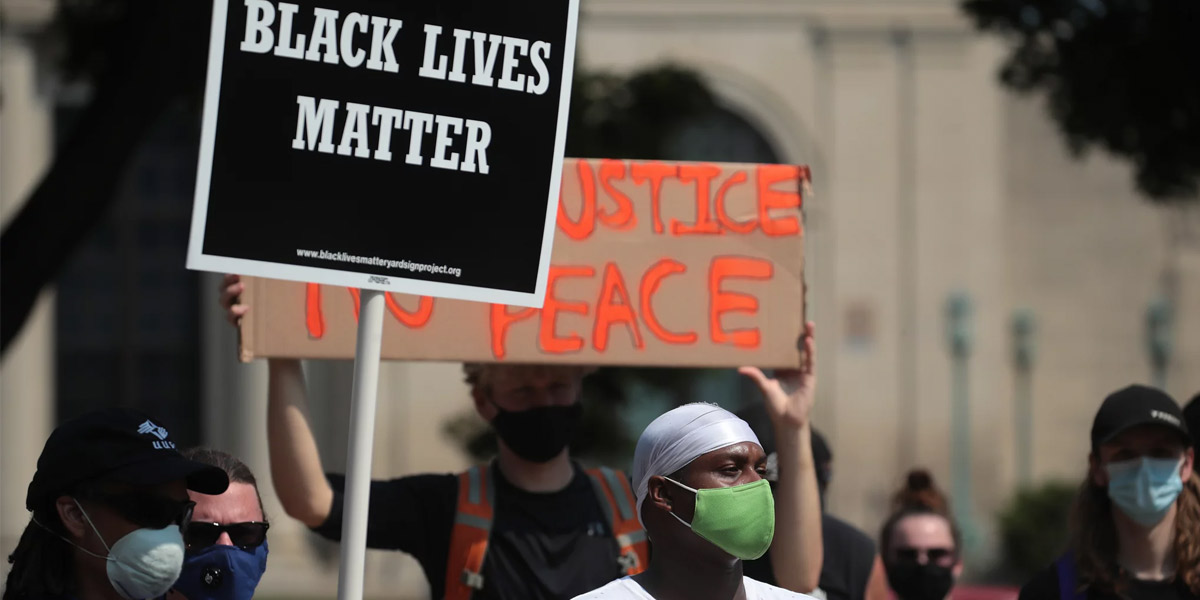 After months of non-stop Black Lives Matter protests and calls to defund the police, people are now demanding justice for Jacob Blake, a 29-year-old Black man whom police shot in the back on Sunday night. Blake is now reported to be recovering in the hospital. Below, what you need to know and how you can help.

What happened on August 23rd?

On Sunday evening, police were responding to a “domestic incident” in Kenosha, Wisconsin, when they shot a man identified as Jacob Blake in the back several times. As of Monday morning, it was reported that Blake was in serious condition at Froedtert Hospital near Milwaukee. Members of Blake’s family have said on social media that he is out of surgery and in stable condition, per BuzzFeed News.

The Wisconsin Department of Justice’s Division of Criminal Investigation has said the officers involved have been put on administrative leave.

A video of the incident has been circulating across social media. The Milkwaukee Journal Sentinel reports that, in the video, a man in a white shirt walks over to a van while being followed by two police officers who have their weapons drawn. When the man opens the door of the van to get in, an officer grabs his shirt and then “appears to shoot him in the back at close range” and seven shots are heard. “The video does not show what happened before the man walked away from the officers, nor what was said, if anything.”

Kenosha News reports that, following the shooting, several people who were gathered nearby said Blake was “trying to break up a verbal altercation between two women shortly after 5 P.M.” The outlet reports, “At least a half dozen witnesses said that the man had tried to break up a fight between the two women outside a home at 2805 40th St. and that police had attempted to use a Taser on the man prior to the shooting.”

Late on Sunday evening, Wisconsin Gov. Tony Evers tweeted a statement, writing: “Tonight, Jacob Blake was shot in the back multiple times, in broad daylight, in Kenosha, Wisconsin. Kathy and I join his family, friends, and neighbors in hoping earnestly that he will not succumb to his injuries. While we do not have all of the details yet, what we know for certain is that he is not the first Black man or person to have been shot or injured or mercilessly killed at the hands of individuals in law enforcement in our state or our country.” He continued, “I have said all along that although we must offer our empathy, equally important is our action. In the coming days, we will demand just that of elected officials in our state who have failed to recognize the racism in our state and our country for far too long.”

The police union representing the officers involved in the incident asked the public to await a full investigation before reserving judgement. “As always, the video currently circulating does not capture all the intricacies of a highly dynamic incident. We ask that you withhold from passing judgement until all the facts are known and released,” said Pete Deates, president of the Kenosha Professional Police Association, via CNN.

According to the outlet, U.S. Attorney General Bill Bar will give a briefing on Blake’s shooting during a scheduled visit to the White House on Monday. White House chief of staff Mark Meadows reportedly said, “From what I was briefed on, obviously, the video tells a story that’s troubling.” He added that it’s still too early to tell what happened.

Democratic presidential nominee Joe Biden posted the following statement to his website regarding the police shooting:

“Yesterday in Kenosha, Wisconsin, Jacob Blake was shot seven times in the back as police attempted to restrain him from getting into his car. His children watched from inside the car and bystanders watched in disbelief. And this morning, the nation wakes up yet again with grief and outrage that yet another Black American is a victim of excessive force. This calls for an immediate, full and transparent investigation and the officers must be held accountable.

Rihanna Has ‘No Major Injuries’ After Her Scooter Accident Last Week

These shots pierce the soul of our nation. Jill and I pray for Jacob’s recovery and for his children.

Equal justice has not been real for Black Americans and so many others. We are at an inflection point. We must dismantle systemic racism. It is the urgent task before us. We must fight to honour the ideals laid in the original American promise, which we are yet to attain: That all men and women are created equal, but more importantly that they must be treated equally.”

How has the community responded?

Protests began in Kenosha on Sunday night with about 100 people gathered at the Kenosha County Public Safety Building by 10:15 P.M., according to USA Today. The outlet reports that police officers used tear gas on protestors that same evening.

The Kenosha County Sheriff’s Department announced a state of emergency curfew starting at 10:15 P.M. on Sunday and ending at 7 A.M.

Civil rights attorney Benjamin Crump, who’s also representing the family of George Floyd, tweeted that Blake’s three sons were in the car when the police shot him. Crump is now representing Blake’s family. He said in a statement: “We will seek justice for Jacob Blake and his family as we demand answers from the Kenosha Police Department. How many more of these tragic ‘while Black’ tragedies will it take until the racial profiling and undervaluing of Black lives by the police finally stops?”

For anyone who would like to support the movement, you can donate through blacklivesmatter.com or you can also donate to the Milwaukee Freedom Fund, an organisation that supports local protestors and will be extending its support to protestors in Kenosha.