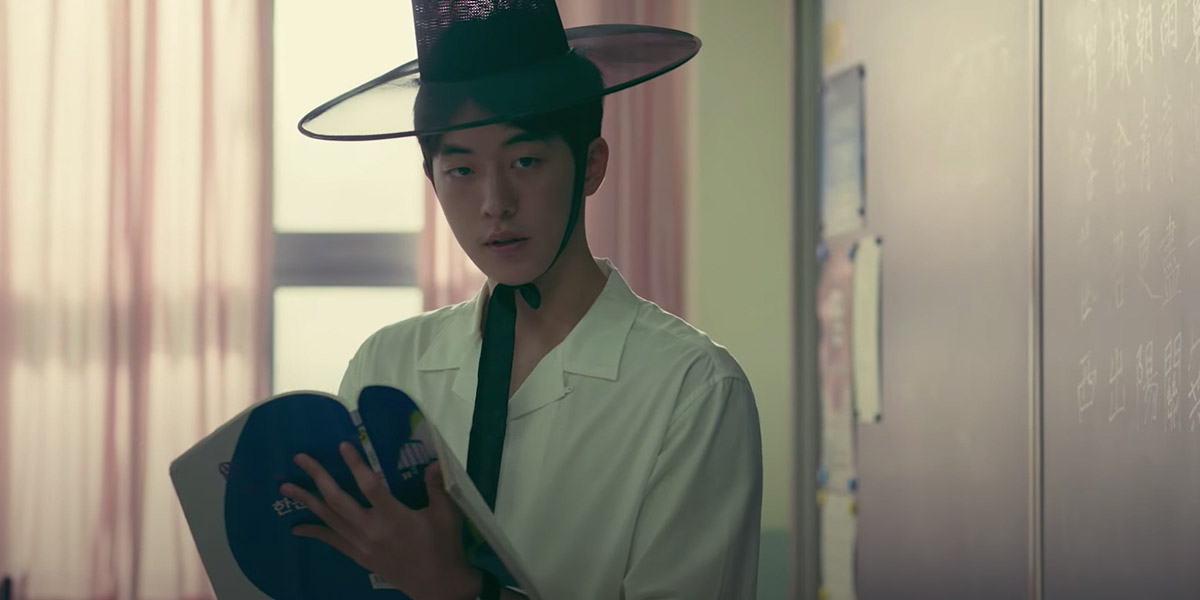 The stereotype of Korean dramas have always revolved around the romantic storyline between protagonists alongside life events portrayed in a rather melodramatic light. One new K-drama is breaking that seemingly formulaic approach and it stars dashing South Korean actor, Nam Joo-Hyuk and veteran actress, Jung Yu-Mi.

The School Nurse Files is a supernatural comedy that centres around a school nurse named Ahn Eun-Young (played by Jung). While she is outwardly an ordinary person with a rather nondescript personality, she is able to see another world that co-exists with our world. This world is filled with strange jellies (yup, you read that right, jelly) which come as a byproduct of human greed. These jelly-like ectoplasmic creatures co-exist with the human world and come in a variety of shapes, sizes and personalities, from cute octopuses to menacing toads. Though not inherently malicious in nature, some jellies may be contaminated and can cause harm to the human world.

Ahn is the only person who can see these invisible creatures and is secretly fighting malevolent jellies in order to help people. At least, that was until she met a Chinese language teacher and also the heir to the school named, Hong In-Pyo (played by Nam). He too has special powers and Eun-Young accidentally finds out when she holds his hand her energies become recharged. The two become inseparable in this special relationship as they join forces to defend the school.

Check out the teaser below:

The show looks to be a fun fantasy TV series filled with cute monsters and even cuter main stars. Jung Yu-Mi recently starred in a film adaptation of the infamous feminist novel, Kim Ji-Young: Born 1982 alongside Gong Yoo. While the 37-year-old actress did receive backlash for starring in this film, the veteran actress stated that the hate comments did not phase her, “It didn’t put pressure on me in any way. I was thinking more about participating in making the story that I’ve chosen, turning it into a great production, and sharing it.”

The film was a rather heavy one as it detailed an ordinary woman’s descend into madness under the pressure of a conservative and patriarchal society. “I’m not married nor have I ever raised a child,” Jung explained, “Instead of relating to [the character], I was reminded of other people around me. I felt sorry because I thought that I might have looked away [from their problems] with an excuse of being busy, and I also wanted to understand their feelings.”

Meanwhile, this is 26-year-old Nam Joo-Hyuk’s highly anticipated new K-drama after starring opposite Han Ji-Min in the 2019 melodrama, The Light In Your Eyes. After wrapping such heavy projects, personally, I’m excited to see these two stars in a more light-hearted production such as this.

The School Nurse Files premieres on 25 September on the streaming platform, Netflix.

Selena Gomez Told BLACKPINK Working With Them Is ‘A Big, Big Dream For Me’