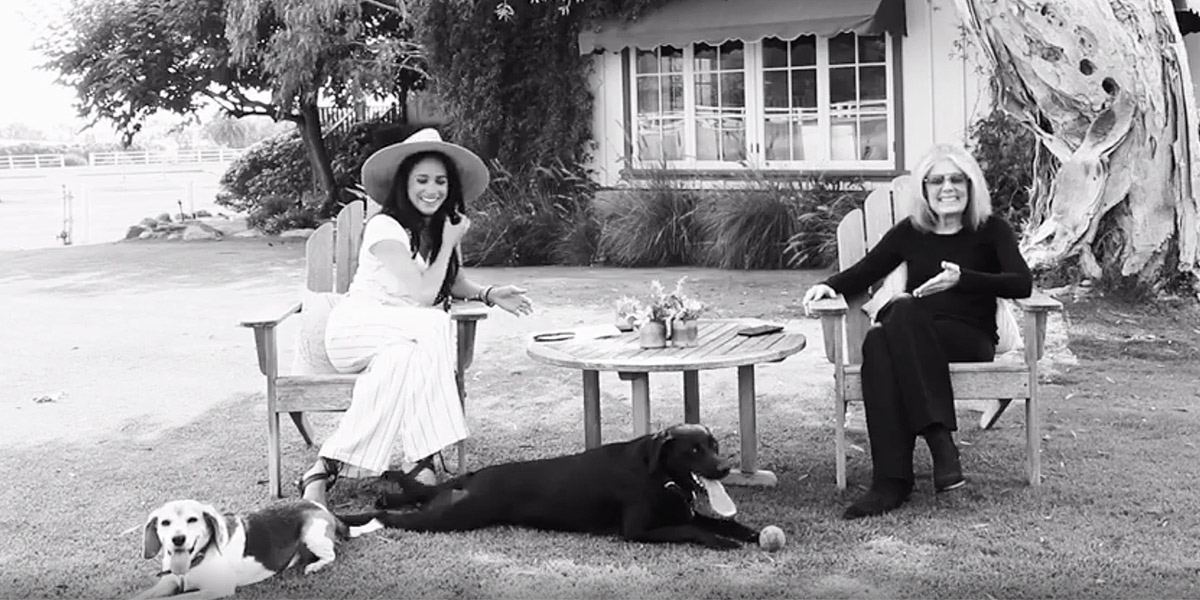 Meghan Markle‘s full Makers conversation with feminist and activist Gloria Steinem finally dropped, and it offers an honest conversation about voting rights in America, along with genuine concern about voter suppression efforts. The women also touched on Kamala Harris making history as the first Black woman vice presidential candidate for a major U.S. political party, along with the impact Prince Harry identifying as a feminist will have on the couple’s one-year-old son Archie.

About Democratic presidential candidate Joe Biden’s VP pick Harris, Steinem told Meghan, “Really, we’ve been rescued by women of color in all of our recent elections because of a vote of conscience and compassion. The heart of the Democratic party has been Black women, actually, and now there is a potential Vice President who is Black and that’s exciting.”

Meghan replied, “I’m so excited to see that kind of representation. You know, for me, being biracial, growing up, whether it was a doll or a person in office, you need to see someone who looks like you in some capacity. As many of us believe, you can only be what you can see. And in the absence of that, how can you aspire to something greater than what you see in your own world? I think maybe now we’re starting to break through in a different way.”

Toward the end of their chat, Harry came up. Meghan started by saying, “As I’ve gotten older, I’ve been able to understand that it’s not mutually exclusive to be a feminist and be feminine, and to own that and harness your femininity and your identification as a woman in all of the different layers.”

Steinem replied, “Well, you can be a feminist and be masculine and a guy.”

“Like my husband!” Meghan told her. “I love that when he just came in he said, ‘You know that I’m a feminist too, right Gloria?! It’s really important to me that you know that.’”

“That was wonderful,” Steinem said.

“But you need that,” Meghan said. “And I look at our son and what a beautiful example that he gets to grow up with a father who is so comfortable owning that as part of his own self-identification. That there’s no shame in being someone who advocates for fundamental human rights for everyone, which of course includes women.”

Read the full conversation between Meghan and Steinem here.