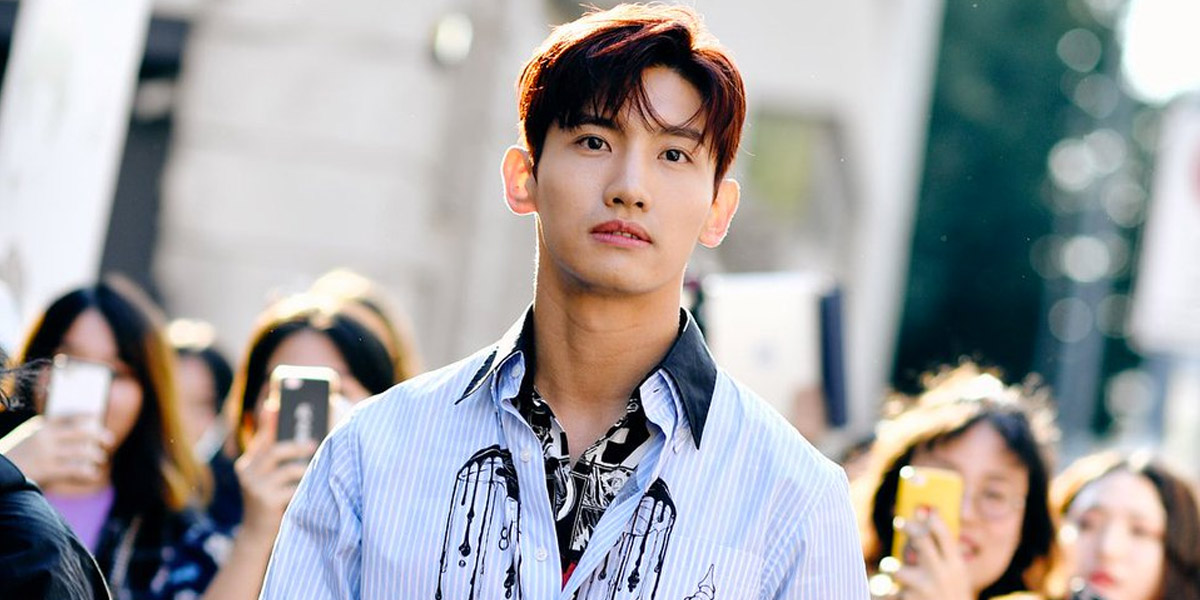 Update: After his surprise wedding announcement in June this year, OG K-pop idol Changmin has recently updated fans that his wedding plans has been put on halt for the time being in light of the Coronavirus spikes that are currently being reported in Seoul. The private wedding was scheduled to happen on the first week. of September.

However, today, Changmin’s talent agency, SM Entertainment made the following statement, “Changmin has postponed his wedding scheduled for 5 September due to concerns over spreading the Coronavirus. The families will discuss the future scheduling of the wedding.”

This is in response to South Korea’s increased cases of Coronavirus, causing the country to roll back on some their reopening plans. On Monday, the South Korean government has in the Seoul district has made the wearing of face masks in both indoor and outdoor public places mandatory for the first time. Today, South Korea reported 441 new virus cases which its largest daily increase since March and schools in Seoul have closed temporarily in an attempt to stop the spread.

Original, 12 June: Those who are a little older and remember the first K-wave that took over Asia, you probably will be well acquainted with the K-pop boy group, TVXQ which Changmin has been a member of, since the very beginning. The 32-year-old idol made his debut in the K-pop scene under the management of SM Entertainment at the tender age of 15 and has been in the public eye ever since. It’s precisely this reason that many stars, especially K-pop idols, find it tough navigating the life’s phases, through puberty and into adulthood while under the scrutiny of so many.

Today, Changmin announced that he is getting married to his girlfriend after going public with their relationship in December last year. The idol hand-wrote a letter, penning down this announcement to articulate his thoughts to his fans better. He started the letter with, “There is something I want to tell fans myself, so I am taking the courage to write this letter. It is not something I can say easily, so I am very nervous right now as I write each word.”

He then went on to thank his fans for sticking by him and TVXQ all through the ups and downs of the group’s career, saying, “Looking back, there was a time swept up in uncertainty when Yunho and I along with fans did not know what would become of TVXQ”. The group debut in 2003 with five members and became one of the biggest K-pop group in the 2000s, selling out arenas and giving us hits such as “Mirotic”, “Rising Sun” and so many classic K-pop tunes.

The future of the group became uncertain when then fellow group members, Xiah Junsu, Park Yoo-Chun and Kim Jae-Joong filed a lawsuit against SM Entertainment, requesting to split with the agency, claiming that their thirteen-year contract was excessively long, schedules were held out without permission of the members, and profits were unfairly distributed. The lawsuit resulted in TVXQ becoming a k-pop duo made of the remaining members, Changmin and Yunho in 2011.

“Because you [the fans] gave us great love, we have been able to grow until this point,” Changmin wrote. “As you are aware due to a news report from a while ago, there is a woman I am currently dating. We have had a good relationship with trust and faith in one another, and naturally I decided that I want to continue my life together with this person, so we made the decision to have our wedding in September around the time when the heat will cool down. Through this letter, I once again express gratitude to Yunho who supported my decision and was happy for me in addition to our agency staff who gave me sincere advice.”

The response has been overwhelmingly positive with fans congratulating the singer for this joyous news. SM Entertainment also confirmed Changmin’s marriage with the statement, “Changmin will be getting married to his girlfriend on September 5. In consideration of the non-celebrity bride and both families, details of the wedding including the exact location and time will all be private, so we ask for the generous understanding of fans and reporters.”

In contrast to EXO’s Chen, another idol under SM Entertainment who announced his marriage plans this year, Changmin’s announcement was met with more positive comments than negative ones. Perhaps Changmin has an older fanbase who grew up with him through the 2000s? After all TVXQ are EXOs seniors in the K-pop realm.

Nevertheless, it was truly refreshing to see so much support coming through for Changmin and we can only hope that we continue to see this positive change in the future for South Korea’s entertainment industry.

EXO’s Chen Apologises To Fans For His Sudden Marriage Announcement