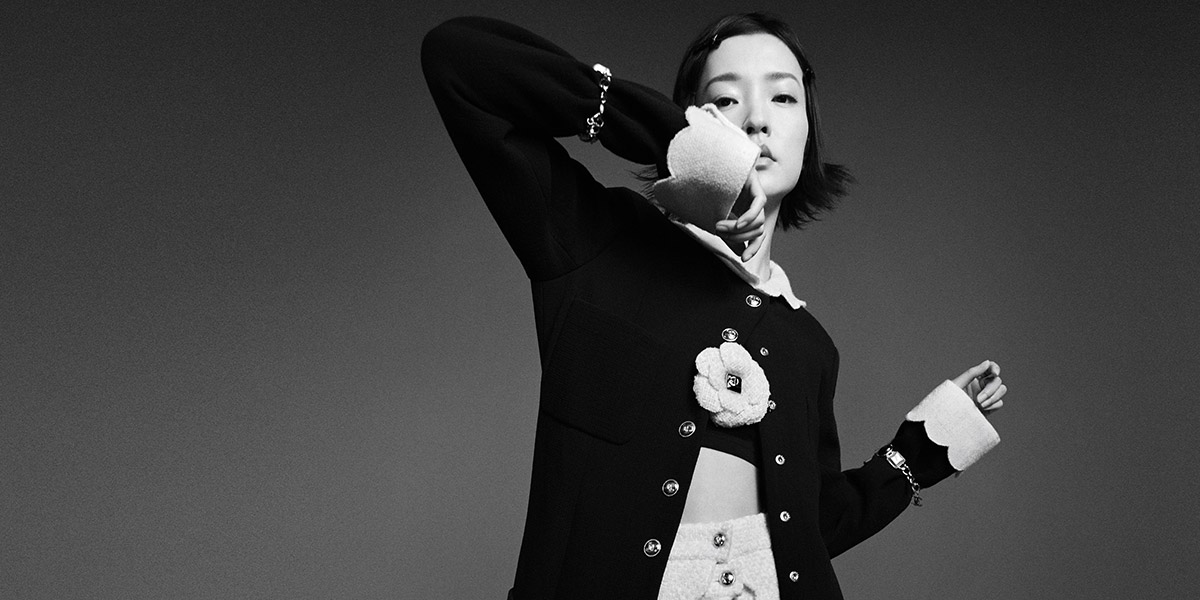 It is not uncommon to see an Asian face on fashion’s major runways today, nor in a brand campaign or on the cover of your favourite magazine. We live in a decade where Ju Xiao Wen’s Bulgari ad or Sui He’s i-D cover don’t gain attention by merit of the models’ ethnicities alone. Yet we all remember a time not too long ago — dominated by Sasha Pivovarova’s razor-sharp cheekbones, Natalia Vodianova’s sophisticated mien, and Freja Beha Erichsen’s boyish, brown shag — when models were overwhelmingly white, whether European or American.

Then in 2005, Chinese model Du Juan made her entrance walking the Marc Jacobs and Diane Von Furstenberg runways. This was an era when the number of Asian faces appearing in the world of high fashion could be counted on one hand. “As far as I can remember, there were only two other Asian faces: South Korean supermodel Hye Park, and Japanese model Ai Tominaga. There [was usually] only one Asian model walking each fashion show,” she recalls. “To get a chance to walk for the big international brands was tough.”

That same year, Du was picked to front Vogue China’s inaugural issue, the September issue, which led to another breakthrough. “After the shoot, I was asked to stay for the Vogue Paris cover shoot with [Australian model] Gemma Ward.” She muses, “Was it luck or destiny?” Probably both, as the first Asian model to land such a coveted cover quickly found her way onto more runways for the likes of Chanel, Oscar de la Renta and Versace, along with the advertising campaigns for Louis Vuitton and Yves Saint Laurent.

While the monumental beginnings of Du’s career gave her the role of trailblazer, breaking down barriers in fashion so that it later welcomed more Asian faces like Liu Wen, Fei Fei Sun and Tao Okamoto in the late ‘00s, Du initially had different dreams. “I was sent to a boarding school at a young age to learn ballet.” she says. “Unfortunately for myself, my height became an issue.” After nine years, Du had to give up pursuing dance professionally because of her height, and pivoted from the stage to the runway. Notwithstanding, she acknowledges the advantages of having done ballet for almost a decade: “There’s definitely a difference for someone like me who has gone through professional training in ballet. It is tough, and has built my endurance and determination — both physically and mentally.”

Indeed, the ballet training did prepare her for her early days as a model, standing her in good stead for the sheer grit and hard work needed to succeed in such a tough industry. “When I first moved out of China, I was living in a hostel with many other models. I had no friends, I didn’t speak the language, and I didn’t know how to commute,” she recounts. “I would carry my super heavy portfolio every day with high heels in my bag, going to more than 20 castings each day — repeatedly, until I was finally chosen for a job.”

It was an era that predated social media, smart phones and Google, which meant that many things we take for granted now wasn’t an option for her then. “I would receive my work schedule for the next day through fax. Whatever happened next and every single decision was up to me to figure out.” Today, when young models turn to her for advice, to be determined and independent are what Du stresses. And it’s also perhaps why she’s one of the rare models — or any type of public personality for that matter — to have yet to jump on the social media bandwagon, even today when one’s Instagram or Weibo following could open doors and be the deciding factor whether one ends up booking a job.

While being able to be self-reliant was a big part of her success, fashion at the end of the day is an extremely collaborative industry, and she doesn’t forget the plethora of people who have had a hand in materialising a campaign shoot or runway show. Du doesn’t name names here, but acknowledges both the veterans and newcomers that she’s worked with for her growth, and highlights the process rather than the end product as the memories she’ll keep.

By the turn of the decade, Du was walking the runways less and less, focusing almost solely on advertising campaigns and editorial work for magazines. Then 2013 saw her embark on a new endeavour entirely. She made her debut on the big screen as Su Mei alongside actor Huang Xiaoming, in Peter Chan’s American Dreams in China, a film that tells the story of ambitious young adults in the time when China opened up in the ‘80s, through a comedic lens.

“I was a blank canvas. Maybe Chan saw the resonance of Su Mei in me from my past experiences, that’s why I was cast for the movie,” Du ventures. “I am very grateful to him, as it opened doors to me and allowed me to enter a whole different industry.” Su Mei ended up being the first in a host of characters that she would end up portraying. She’s since acted as a bartender in Wong Kar-Wai’s See You Tomorrow, and a hacker in Europe Raiders that’s also co-directed by Wong to name just a few.

Transitioning from modelling to acting wasn’t as easy — the former is predicated upon the ability to stand out with individuality while acting required Du to learn how to embody someone else entirely. “The way we express ourselves in modelling is direct and very personal, but acting requires a different understanding to do the role that’s been tasked to you,” she says. “As an actress, I’m still learning, even until now.” But she’s managed to find the humanity in all her characters thus far, at least on a subconscious level, for she sees herself in each and every one of them. “They’ve been all somehow connected in their ego, independence, persistence and desire for a brighter future — while being delicate in heart. In a way, I feel that my personality is close to theirs.” The next role that Du envisions herself taking on is then telling of who she is fundamentally; an individual who’s unafraid to aim for the stars with determination to back it up. “It’s one that is highly desirable, but hard to obtain, because those roles don’t appear that often,” she says.

As she perceives her future, her outlook is one that is at once philosophical and rooted in reality. Du is confident that she won’t stop growing and credits her modelling trajectory for instilling the discipline to always be the best version of herself. Yet nostalgia doesn’t escape her, and while affirming that her career as a model-actress is one that she loves, she still thinks about her past love of dancing. “I am deeply passionate about ballet until now. My happiest moment was the time spent together with my old dancing partners and attending my school gathering. I’m envious of their life that is still immersed in the beauty of ballet.”

And while she continues to grace covers, front ad campaigns, walk the occasional runway and release movies (her most recent film came out last year), the pandemic has probably taught us all that nothing is set in stone — except for who we are and the values we uphold.

The same goes for Du, who displays the same undaunting spirit she had pounding pavement to book gigs more than a decade and a half ago, as she declares, “I do not fear anything.”

Unveiling Our August 2020 Cover Stars: 8 Of Singapore’s Most Prominent Artistes

Exclusive! Song Hye-Kyo Reveals Her Secret To A Long Career & Stepping Out Of Her Comfort Zone