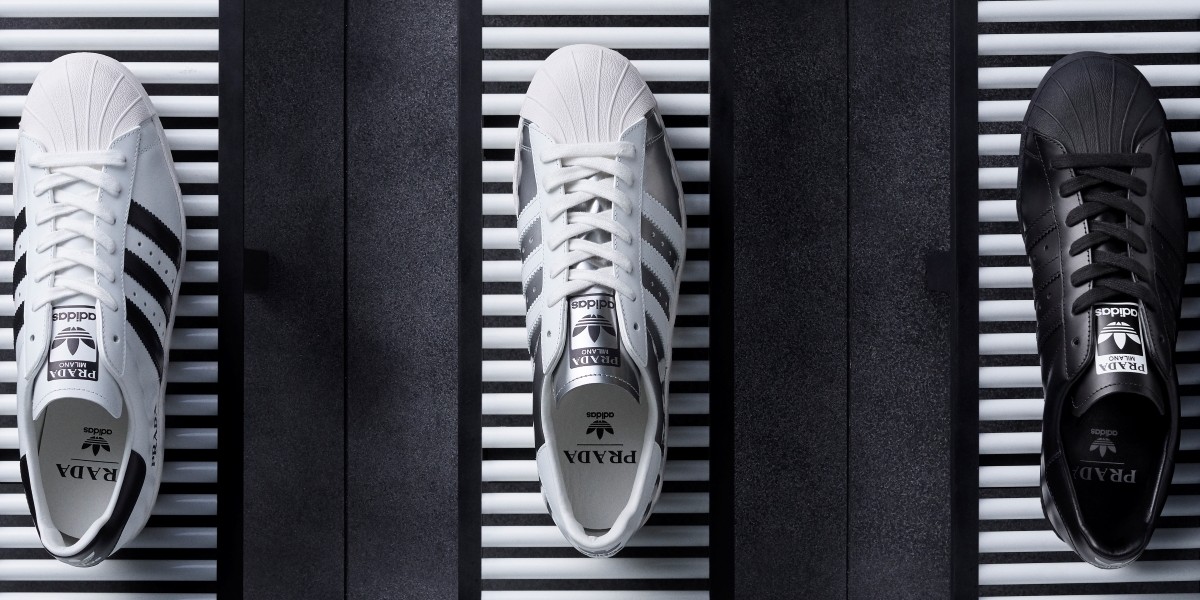 First collaborating late last year, Prada and adidas Originals’ inaugural tie-up was a two-product drop comprising the latter’s Superstar sneaker, and a Bowling bag reminiscent of Prada’s It accessory of the ‘90s. The limited edition set — only 700 pieces were available globally — sold out, so if that’s anything to go by, it’s fastest fingers first to cop the brands’ second collaboration that has just dropped.

The second release sees the Superstar sneakers in three colourways: black, white and black, and silver and white. The Prada Superstar retains the shoe’s iconic silhouette — a rubber toe cap and three stripes on its side — rendered in Prada’s full-grain leather made in Italy, with the Italian brand’s logo stamped on the side, while its tongue bears that of both brands. 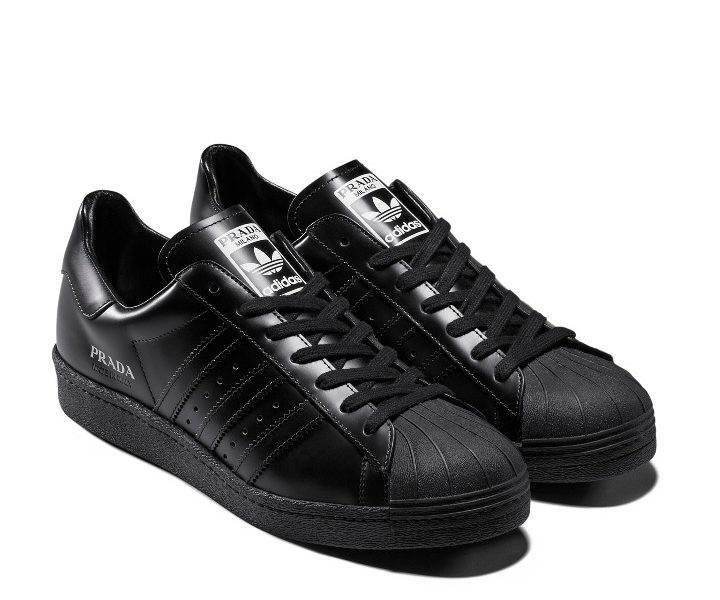 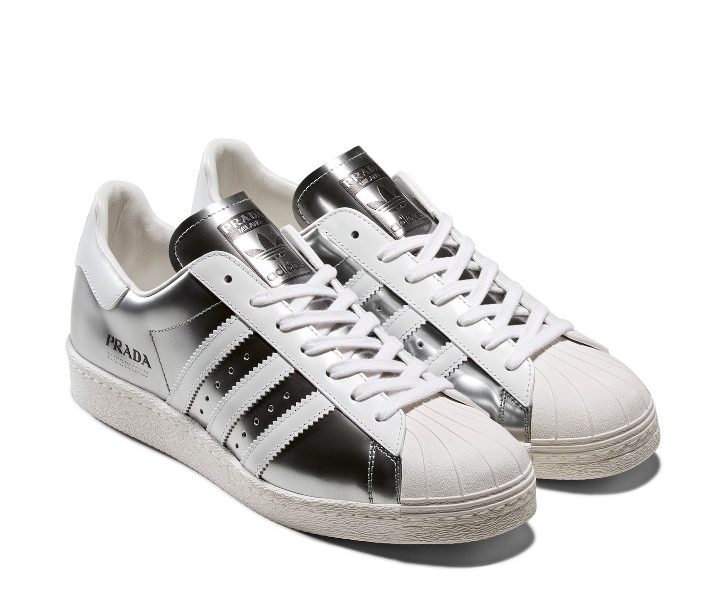 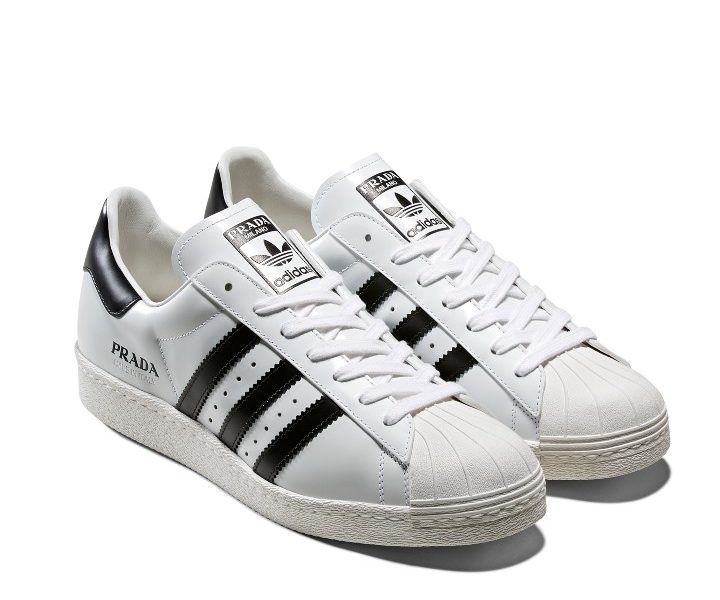 Prada Superstar in White with Black

This collaboration celebrates the common sporting heritage both brands have where Prada’s Linea Rossa line, first released in 1997, was created for the Luna Rossa sailing team to participate in the American Cup.

Will CGI Models, Robots And Virtual Fashion Shows Be The New Norm?

Prada’s Iconic Nylon Bags Are Getting a Sustainable Makeover