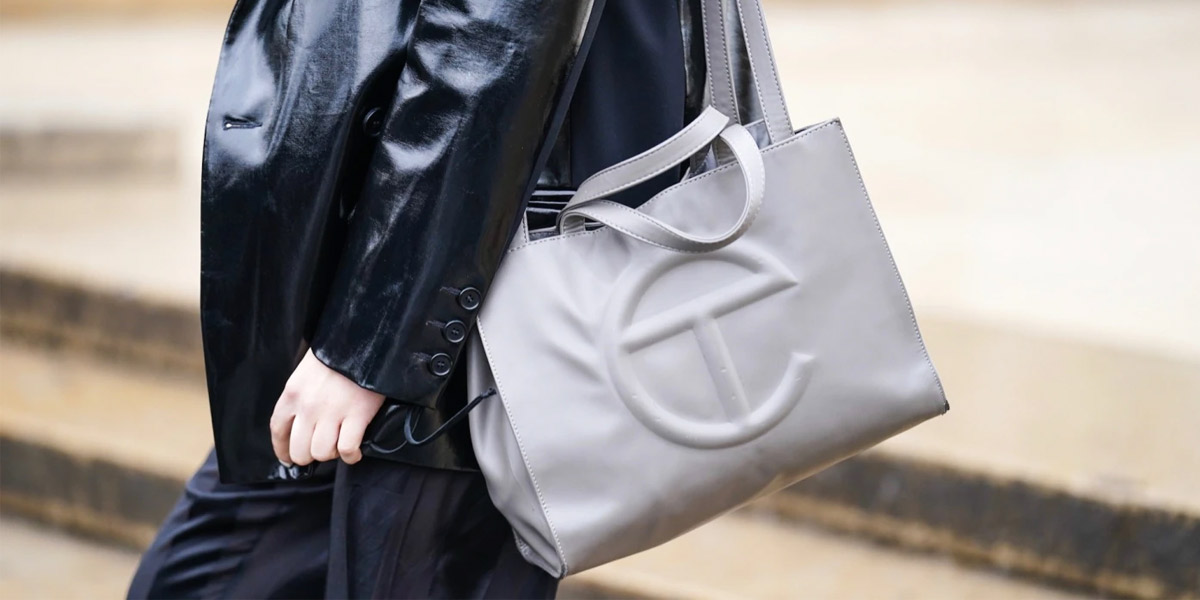 First things first, you log in to their website but everything’s sold out. Of course, there are few items including a T-shirt, hats and belts to offer but no, those bags which you’ve had an eye for are almost always sold out.

They are exactly the charm of the label that speaks volumes of the mass appeal it holds and a massive market it caters to. Telfar is now easily one of the most recognisable labels to be born out of New York City. Established in 2005, a brainchild of Liberian-American fashion designer Telfar Clemens, hence the label’s name, he downright fits into the ‘started from the bottom, now we here’ success story.

And what made it a success? The black-owned label’s now-famous signature bags. Telfar bags are not your fancy bags but a utilitarian at heart, a simple vegan leather tote-style ‘shopping bag’ with a large ‘TC’ logo. They come in three different sizes and several colours, also nicknamed the ‘Bushwick Birkin’. The label, as well as the items sold, are all unisex with even the brand’s tagline quoting “It’s not just for you – it’s for everyone”. In addition to the brand’s non-gendered foundation, Clemens approach of creating an inclusive community that celebrates fashion and its accessibility is what draws the masses in.

It wouldn’t be wrong to say Telfar shopping bags proved to be the fashion ‘it-bag’ of 2020 even amid a global pandemic. To prove, its Bag Security program was a hit last month which allowed its shoppers to pre-order their always sold-out bags, where the customers paid up-front including the shipping charges while the bags will reach them between this December to January next year. Its popularity speaks volumes by the fact that it trends on Twitter with every new drop, plus the memes based on its mania is their biggest social media strategy. It’s clever, engaging and with times.

Not just the fashion masses its hype is big on celebrities alike giving it a cult-like status which everyone wants to be a part of. Most recently, it was spotted on the American politician Alexandria Ocasio-Cortez making her way to NYC courthouse, yet again proving that Telfar is for everyone.

With the current social and political landscape around the world, this black-owned label resonates with everyone with its upright message, inclusive community and the best of fashion it offers.