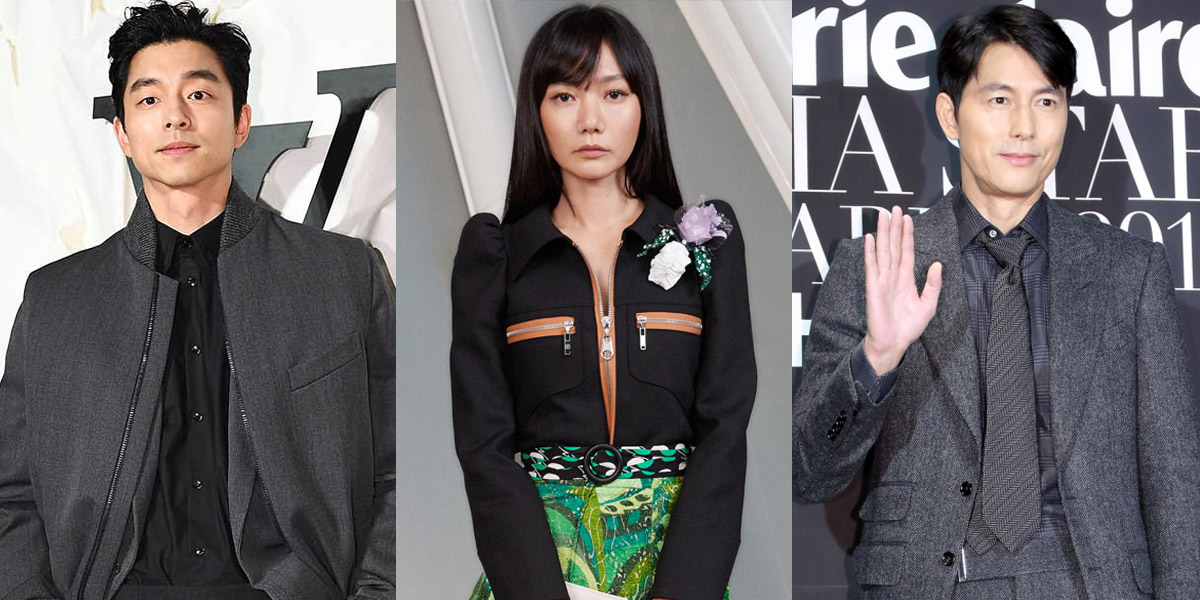 Update: It’s official! A brand new Netflix original series produced by critically acclaimed actor, Jung Woo-Sung is in the works and it has a star-studded ensemble. Top South Korean actors, Gong Yoo and Bae Doona have confirmed to take lead roles and K-pop idol-turned-actor, Lee Joon was the latest big name to join the roster.

Titled The Silent Sea, the sci-fi thriller is set in a not-so-distant future where desertification has left the earth with major food and water shortages. In this post-apocalyptic world, a task force was tasked to retrieve mysterious samples from an abandoned research station on the moon.

Bae Doona plays an astrobiologist named Dr. Song Ji Ahn. She joins the team led by Han Yoon-Hae (played by Gong Yoo). As team leader, Han prioritises the safety of his members above anything else, including the mission. His values is at odds with Dr Song who is determined to retrieve the samples at all costs.

Lee Joon plays a gifted engineer who is part of the team named Ryu Tae-Seok. One of the elite employees of the Ministry of National Defence, Ryu volunteered to be a pasrt of this dangerous mission as a means to escape the stuffy office he works in.

Directed by Choi Hang-Yong, the series is an expansion of a movie he made with the same name. The cast met for the first time for a reading of the script recently and Bae drummed up some hype by posting a photo of the session on her Instagram.

Stay tuned for more details as they come!

Original, 26 May: An exciting new series is in the works at Netflix, but then again that’s the norm for the immensely popular streaming service. Blockbuster budgets are now applied to TV series, upping not just the quality of content but the star power as well. Several South Korean news outlets have reported that Netflix is working on an upcoming dystopian sci-fi miniseries produced by renowned actor, Jung Woo-Sung. This is Jung’s second time in the producer seat with his last time being the 2016 film, Don’t Forget Me. Most of the time, Jung is in front of the camera, starring in critically acclaimed films such as The Good, The Bad, The Weird and A Moment to Remember.

A-listers in South Korea have confirmed that they are currently in talks with Netflix, Jung and director, Choi Hang-Yong on this series tentatively titled, The Sea of Silence. The two names that caught the attention of both fans and the press are top stars, Gong Yoo and Bae Doona. Both the actors’ talent agencies have released confirmation statements that Gong and Bae are considering the project. Bae has been almost a Netflix darling, starring in several Netflix Originals including Kingdom and Sense 8. Hence, she seems like a logical choice, considering her incredible acting abilities and good relationship with the streaming platform.

Gong Yoo, on the other hand, has yet to venture into this market as the dramas he starred in are produced by local TV networks. What both stars have in common are the multi-award winners and picky when it comes to their acting projects.

The Sea of Silence is set in a post-apocalyptic, dystopian future where desertification and climate change has left the earth with food and water shortages. A task force is assembled to retrieve mysterious samples from an abandoned research base on the moon. Gong Yoo has been offered the role of Yoon Jae, a soldier and team leader at the Space and Aeronautics Administration.

Bae Doona’s talent agency, SBD Entertainment has yet to reveal the role the 40-year-old actress has been offered but stated that, “It is true that Bae Doona has received an offer for the series, and is currently positively looking over the offer.”

The Sea of Silence is a Netflix Original miniseries that is currently slated for 8 episodes and to begin filming in August of this year. We certainly hope that we’ll be seeing both Gong Yoo and Bae Doona’s names in the list of confirmed cast because how amazing would that be?! We’re picturing a cross between Mad Max and the upcoming film Dune and can’t wait to see these two stars in futuristic costumes. Fingers crossed!