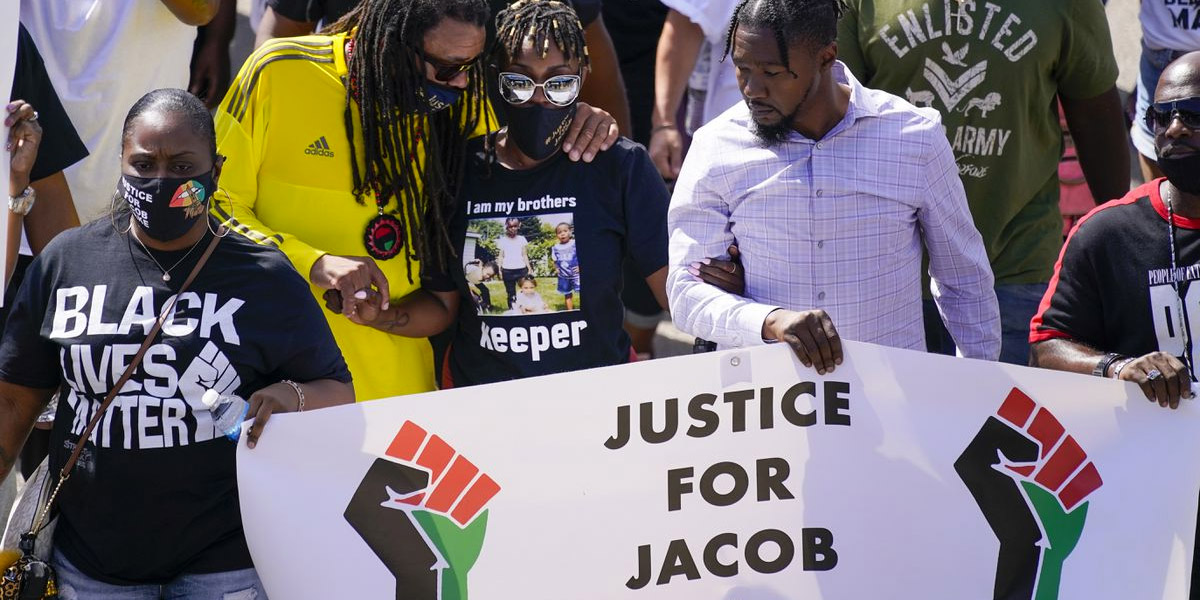 Jacob Blake, the 29-year-old father of six, who was shot by police in Kenosha, Wisconsin late last month, made his first video statement since he was shot.

The video, posted by his family’s lawyer, Ben Crump, shows Blake in a hospital bed.

He says: ‘I just want to say man, to all the young cats out there, and even the older ones, older than me—I just want to say, “There’s a lot more life to live out here, man.” Your life, and not only just your life, your legs, something that you need to move around to move forward in life can be taken from you like this [snaps fingers], man. And I promise you, the type of shit that you’ll go through—staples, I got staples in my back, staples in my damn stomach. you do not want to have to deal with this shit, man. Twenty-four hours, every 24 hours it’s pain; it’s nothing but pain. It hurts to breathe, it hurts to sleep. It hurts to move from side to side. It hurts to eat. Please, I’m telling you; change ya’ll lives out there. We can stick together. Make some money, make everything easier for our people out here, man. ‘Cause it’s so much time that has been wasted.’

Blake is recovering at Froedtert Hospital, from which the video was posted.

‘It’s going to take a miracle for Jacob Blake Jr. to ever walk again,’ Crump told CNN following the shooting.

Below are some ways you can demand justice for Blake: