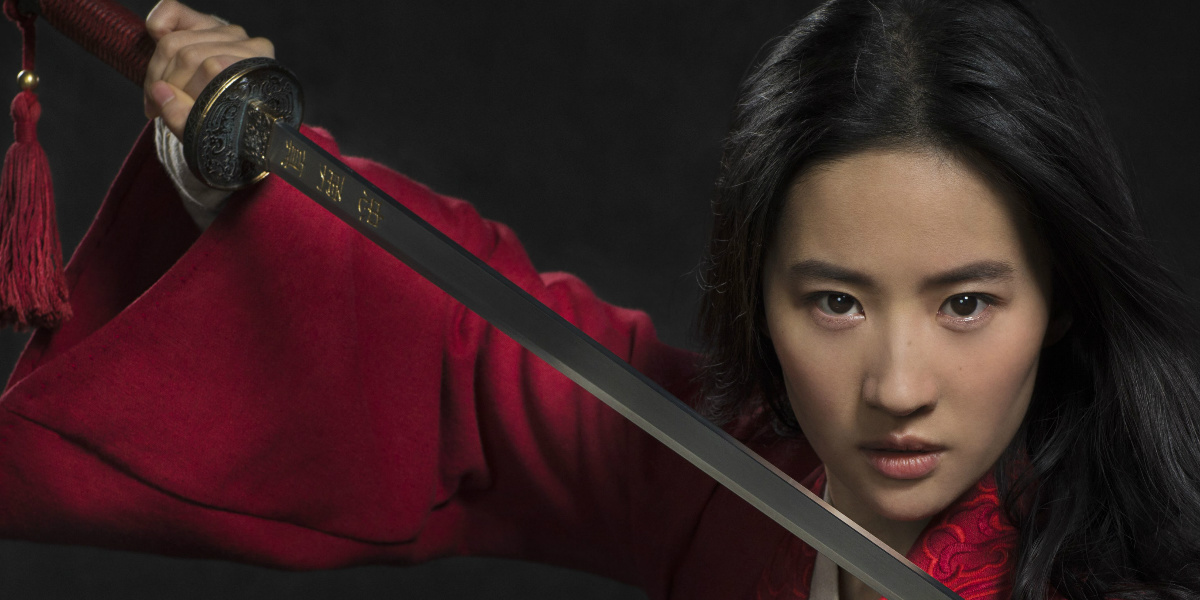 Disney released its live-action remake of Mulan on its streaming platform Disney+ last Friday, but in the last year, the film has weathered a string of controversies relating to Hong Kong’s pro-democracy movement and China’s imprisonment of the Uighur people in concentration camps in the Xinjiang Province.

In August 2019, the movie’s lead, Liu Yifei, posted in support of the Hong Kong police on social media app Weibo. She shred an image with text written in Chinese: “I support Hong Kong’s police, you can beat me up now. What a shame for Hong Kong.” She added the hashtag “IAlsoSupportTheHongKongPolice” with a heart emoji.

When The Hollywood Reporter asked Yifei about her comments in February, she responded:  “I think it’s obviously a very complicated situation and I’m not an expert. I just really hope this gets resolved soon.” Later, she added, “I think it’s just a very sensitive situation.”

“This film is released today. But because Disney kowtows to Beijing, and because Liu Yifei openly and proudly endorses police brutality in Hong Kong, I urge everyone who believes in human rights to #BoycottMulan,” Hong Kong pro-democracy activist Joshua Wong tweeted on September 4.

Disney filmed Mulan in China’s Xinjiang Province, where an estimated one million Uighurs are being held in concentration camps.

When the film was released on Friday, viewers noticed its credits thanked eight government organizations in China’s Xinjiang Province, according to The Hollywood Reporter. The Chinese government has detained what the New York Times reportsas “millions or more of largely Muslim minority groups in indoctrination camps” inside the province. One of those groups is the Uighurs, a mostly Muslim people whose majority live in Xinjiang. China says defines these camps as “re-education camps” that exist “to improve security,” according to the BCC, but reports of human rights abuses inside the camps include forced labor, forced sterilization and abortions, and indoctrination.

In Mulan‘s credits, Disney expresses gratitude to the public security bureau in Turpan, where the internment camps are believed to be located, and thanks the “publicity department of CPC Xinjiang Uighur Autonomy Region Committee,” an agency of the Chinese Communist Party.

“Mulan specifically [thanks] the publicity department of CPC Xinjiang Uyghur autonomous region committee in the credits,” novelist Jeanette Ng wrote on Twitter. “You know, the place where the cultural genocide is happening.”

Mulan filmed some scenes inside Xinjiang Province, and the movie’s production team spent a lot of time there; according to Architectural Digest, production designer Grant Major, set decorator Anne Kulijan, and their team spent months there researching. And in September 2017, director Niki Caro posted a photo of a sand dune in Urumqi, the capital city of Xinjiang. If you visit the Instagram post now, you’ll see comments from supporters of the #BoycottMulan movement.

“Beautiful shot, but where are all the people? Oh, that’s right, they’ve been interned in concentration camps,” one commenter wrote. Another: “This is equivalent of shooting a movie in Germany and thanking the Nazis for their assistance.”

Should you boycott Mulan?

This tension in China has been going on for a few years, and the team behind this movie has yet to address its complicity in human rights abuses. Another controversial point: the film was directed by a New Zealander instead of a Chinese director. Your Disney+ purchases are your decision, but here’s another thought from Joshua Wong to keep in mind: