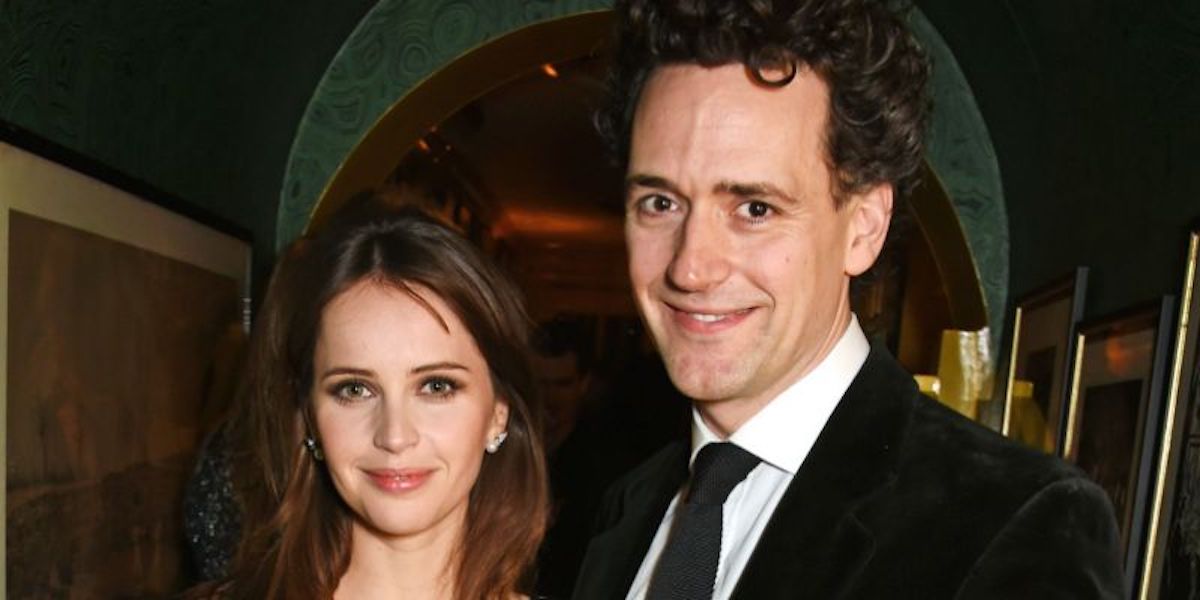 Felicity Jones is a mom now. The Daily Mail obtained photos of the actress pushing a baby stroller around London on Friday.

At the end of 2019, a rep for Jones confirmed to People that Jones was expecting her first child with her husband, Charles Guard. This confirmation came just after Jones attended the premiere of her latest film with Eddie Redmayne, The Aeronauts.

“I am definitely romantic, and I love romantic stories—that’s why I keep making romantic movies,” she told The Telegraph in 2014, alongside the premiere of The Theory of Everything, for which she got an Oscar nomination. “It’s funny how seeing a love story never gets boring because it’s the dream isn’t it? It’s the dream to have a true connection with another human being.”

They were married in the summer of 2018 at Sudeley Castle in the Cotswolds, Oxforshire in England. Before she met Guard, Jones dated sculptor Ed Fornieles, whom she met while at school at Oxford University, for ten years. They lived together in London before their split in 2014.

In 2016, she discussed her thoughts on children and having a family in a 2016 profile for Harper’s Bazaar: “Fortunately, I feel like we’re in a new era, where it is empowering rather than limiting to have children,” she said. “From what I can see from friends and relatives, women get stronger and more decisive from having children, they don’t waste their time doing things they don’t want to.”

Oscars 2021: Who Will Win Big At Next Year’s Academy Awards?