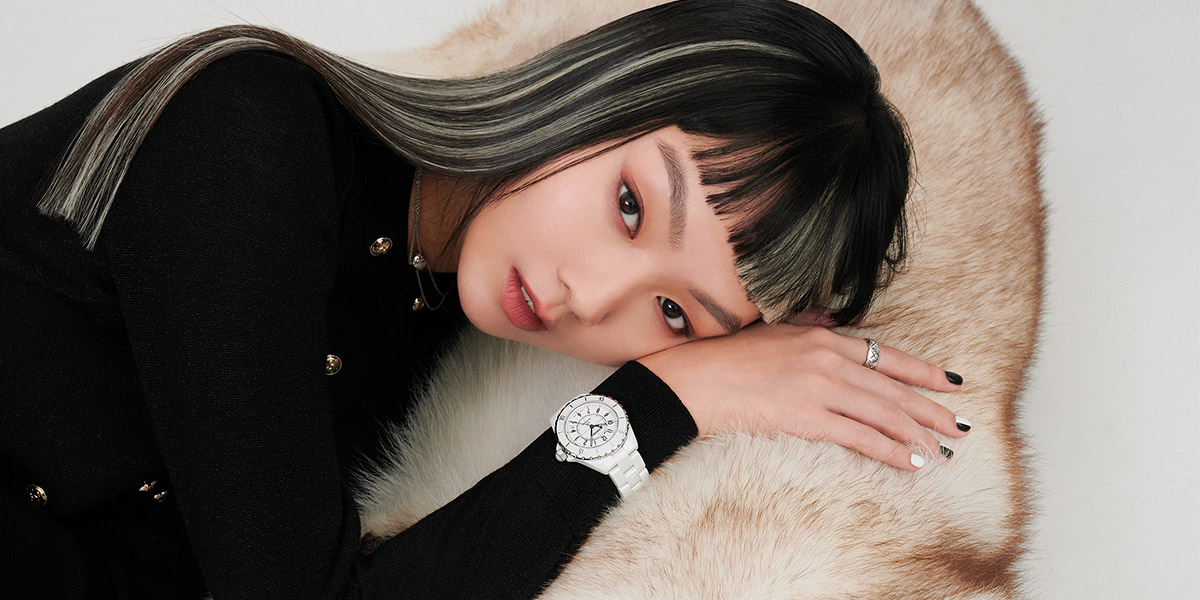 In the last 20 years, the J12 has fulfilled the vision of what its late creator, then-artistic director of Chanel Jacques Helleu, imagined it to be: timeless, sporty, all black — and more. Its trend-transcending, simple design is one that is classic and timeless; its groundbreaking all-ceramic body lends the timepiece a sporty, unbreakable character; and of course, its colour, because black was one of Chanel’s favourite colours, besides white.

Twenty years on, nothing has changed; the essence of J12 is still the same as the day it came into being. What has changed, however, is the sentiment and dedication that have been invested in the J12 creation studio. Just last year, the J12 underwent a major overhaul that included acquiring a stake in watch manufacture Suisse Kenissi to produce the exclusive Calibre 12.1 movement for all future J12 watches. 70 percent of its components were changed and every part of its original design subtly altered. This year, as the J12 celebrates its 20th anniversary with the special limited edition J12.20 released a few months ago, we look at the remaining J12 numbers that are set to affirm J12 as an haute horlogerie, with the same status Chanel has as an haute couturier. Arnaud Chastaingt, director of Chanel Watches Creation Studio, shares more with us.

The J12 is 20 years old this year. Could we say this is the best year of its life?

In 2020, the J12 is celebrating 20 years of creation. I have a very special relationship with this watch. It has fascinated and inspired me from the first day. It has never lost its edginess, and it’s made a mark as one of Chanel’s most iconic creations. This timepiece has always completely lived up to the free and light-hearted attitude that made it a legend. It stormed into the watchmaking world as a fashion diva. It has now become my muse. I made sure it celebrated its 20th birthday in style. I designed four new looks for it with a single [quest] to “rock the icon”.

The J12 Paradoxe has reinvented the two-tone concept in watchmaking. It’s an interplay between black and white, executed with amazing artistry. Tell us more about that.

The duality of black and white is a Chanel hallmark. “Black has it all, so does white. Their beauty is absolute. It’s the perfect harmony,” Gabrielle Chanel would say. In 2000, the J12 came on the scene wearing a black ceramic dress. Three years later, it unveiled itself dressed in white ceramic.

For 20 years, the J12 would basically be either black or white. In 2020, I am fusing both colours together in the same creation. This almost surreal hybrid approach resulted in the J12 Paradoxe. From a watchmaker’s perspective, the J12 Paradoxe is a new twist on the graphic two-tone concept in watchmaking. In this one, the marriage of gold and steel is replaced with a combination of black and white ceramic. Symmetry becomes asymmetry.

Most importantly, though, the two-tone concept is also a signature, a graphic hallmark that is cherished at Chanel. For the first time, it switched from “black or white” to “black on white.” The architecture of the watch has a unique vertical asymmetry. Its aesthetic is the result of a highly technical feat accomplished by cutting and fusing two ceramic cases of different dimensions. Assembled together, they form one casing. I love how this watch looks under the sleeve of a sweater. You get an initial glimpse of the silhouette’s black curves, but the paradox is revealed as soon as you move your arm, creating a surprising and pleasantly distorted effect. The J12 Paradoxe is not a conventional creation.

This watch possesses a sort of abstract quality that I quite like; perhaps it’s the surrealism. It’s not a watch that goes with every wrist and I can tell you right now, it will need a certain amount of audacity to really pull it off. I also made a decision to express this duality in the world of haute horlogerie. On this occasion, white ceramic moved aside for a stroke of baguette diamonds, much like a necklace set against the asymmetrical cut of a black ceramic. It creates an exquisite paradox.

As for the J12 X-Ray, it plays a game of transparency, laying claim to non-colour. It is also a worldwide first for watchmaking because all the links on the bracelet are sapphire. How did you come up with the idea?

I dreamed of taking off the J12’s black and white dress and, for lack of a better term, stripping it to its bare essence. The J12 has a perfect figure and I don’t think it has anything to hide. I made a radical choice. The J12 X-Ray unabashedly shows off its curves and midriff, its movement and its bracelet with total transparency. A precious timepiece that wouldn’t take it all off, if not for the baguette diamond necklace that is around its bezel. Now undressed, it accentuates the lines of the 3.1 Calibre, a new in-house movement that was designed and developed for the J12 X-Ray. It’s bespoke, a study in haute couture, made according to the rules of haute horlogerie. Developed and assembled by the Chanel manufacture, the mounting bridge and gear bridge are in sapphire to allow the light to come in. This transparency reveals the watchmaking latticework, with flawless finishing. The J12 X-Ray does away with black and transcends white. It seizes light from colour, not duality. It’s all the colours and non-colour at the same time. It’s also a creation that defines the uniqueness of haute horlogerie at Chanel. I just kept the bare minimum out of a desire for sophisticated, irreproachable simplicity.

Does the J12 X-Ray symbolise your vision of haute horlogerie at Chanel?

Traditional watchmaking originally took on this “haute horlogerie” label to categorise the family of watches with complications. To begin with, I don’t really like the term “complications.” Why make it complicated when you can make it simple?

Personally, I prefer dreaming about “watch clarity” instead of “watch complication”. To be honest, I do not understand watches that require you to have an engineering degree to tell the time. If Gabrielle Chanel were alive today, she would probably reject such creations. For her, simplicity and comfort were guiding philosophies. In 2013, the year I joined the house, Chanel completely brought me to terms with that philosophy. Chanel has a very idiosyncratic definition of haute horlogerie.

When I hear the term haute horlogerie now, I think more about haute couture or high jewellery. Our watchmakers are skilled craftspeople and I use their know-how like I would if I were working with a jeweller, a glyptician, an embroiderer, an enameller or a glove maker. Chanel haute horlogerie is an inspiration-rich playing field where the operative words are excellence, edginess and the exceptional. As I see it, it’s not time that sets the pace at Chanel, it’s allure. Haute horlogerie for me is the ultimate expression of this vision. At Chanel, the magic is the same whether it’s haute horlogerie or haute couture.

The J12 and Mademoiselle Chanel are together for the second time this year. Their first encounter in 2017 resulted in two 38mm limited series in black or white ceramic, and a dial featuring a drawing of Mademoiselle Chanel with articulated arms that displayed the hour and minutes. What is the new face for Mademoiselle J12?

Indeed, the J12 and Mademoiselle Chanel are old friends. After first meeting in 2017, the pair is making a comeback. In 2020, a stylised effigy of Mademoiselle in the form of a tassel is now performing a balancing act. Mademoiselle is fastened to the J12’s crown wearing an embroidered suit of diamonds and white gold braiding. For this occasion, the J12 has lit up its bezel with a trail of baguette cut diamonds. This delicate game is Mademoiselle J12’s second act.

Chanel’s Iconic J12 Gets A Sleek and Refined Makeover