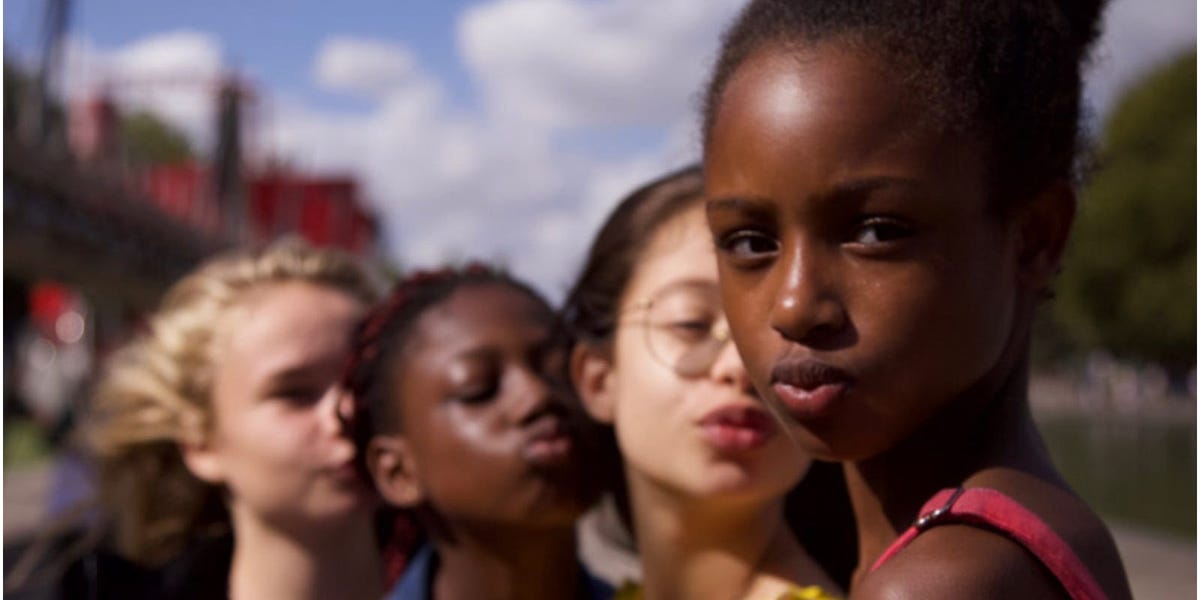 Even before its release on Netflix in the United States, award-winning French film, Mignonnes (Cuties), has already sparked many heated conversations. After its release in the US on 9 September, backlash against the film reached a fever pitch with politicians requesting for the streaming platform to take the film down.

First premiered in France under the World Cinema Dramatic Competition section of the 2020 Sundance Film Festival on 23 January, the film director, Maïmouna Doucouré, eventually took home the World Cinema Dramatic Directing Award. The movie was widely praised for its presentment of the hardship of girlhood. Despite garnering positive reviews at Sundance, the film has instead become the subject of controversy for its sexualisation of young girls on the silver screen.

When Netflix released the trailer in the US, many viewers took to Twitter to express their disapproval for the film and even trended a “Cancel Netflix” hashtag to associate the company with attracting pedophiles.

Here is a breakdown of what has happened:

The film, first released as “Mignonnes” in France, follows an 11-year-old girl named Amy (Fathia Youssouf) as she tries to find her place growing up in one of the poorest suburbs in Paris. Amy and her family are devout Muslims from Senegal but she yearns to break free from the restrictions of her mundane family life and join the secular world of her friends. She eventually joined a dance group from her middle school (with its members dressed in provocative outfits like hotpants and crop tops) where they participate in competitions to make a name for themselves. According to Doucouré’s interview with Netflix, she has injected elements of her childhood into the portrayal of Amy’s character, where she seeks to highlight the struggles of facing two distinct forms of femininity — one that is imposed by the traditional values of being a Senegalese Muslim and the other by Western society.

When the movie was released into the theatres on August 19, in France, it did not stir much controversy but in the US, more than 200,000 tweets were made after the movie started streaming on 9 September and the hashtag #CancelNetflix became the top trending topic the day after. These tweets came from people of different backgrounds, from parents to activists and even politicians expressed their stance on this issue. The official trailer on Youtube has also garnered more than 1.8 million dislikes.

While Doucouré intended for the movie to tackle issues regarding religion, self-expression and sexuality, it seems that the message was lost in translation.

From the trailer alone, there were scenes of young girls dressed in skimpy clothes twerking and gyrating in a provocative manner. Bearing in mind that the actresses in the movie are still minors, many of the camera angles employed were also highly inappropriate as it eroticised the girls through close-up shots of the girls’ bodies, and this brings into question the ethical approach Doucouré took in directing some parts of the film.

There are several scenes in the film that are crafted to make the audience feel uncomfortable. However, this discomfort was created through voyeuristic camera work that can be seen as exploiting the very young actresses who are in the scene. What many were worried about is that this film may normalise pedophilia or at the very least, expose these young actresses to pedophiles who have watched the show.

In most cases where a film tackles mature themes revolving around a young child, adult actors (who pass themselves off as kids) are usually casted. Hence, in casting actual young girls for these roles, it does open the film up to more criticisms.

Many went around Twitter and Instagram tagging critics who saw reviewed the film and calling them out for promoting dangerous material. The gravity of the issue even got the Department of Justice involved. But there are also supporters of the film like American actor Tessa Thompson, who said on Twitter that the movie was “beautiful”.

And she is not wrong as these tough stories about children, religion and upbringing are important stories to tell. The censorship of movies such as Cuties does not mean that the real problems of sexualisation of minors disappear. However, films such as Moonlight and Precious did just that through story-telling rather than relying on shock factor.

Regardless of the reactions surrounding the film, perhaps the bigger problem would be the actresses who are playing the characters — they are still minors who may not have a full grasp of the issues the director is trying to shed a light on.

And perhaps, the film would not have received such a huge backlash if they had cast adults to play the roles.