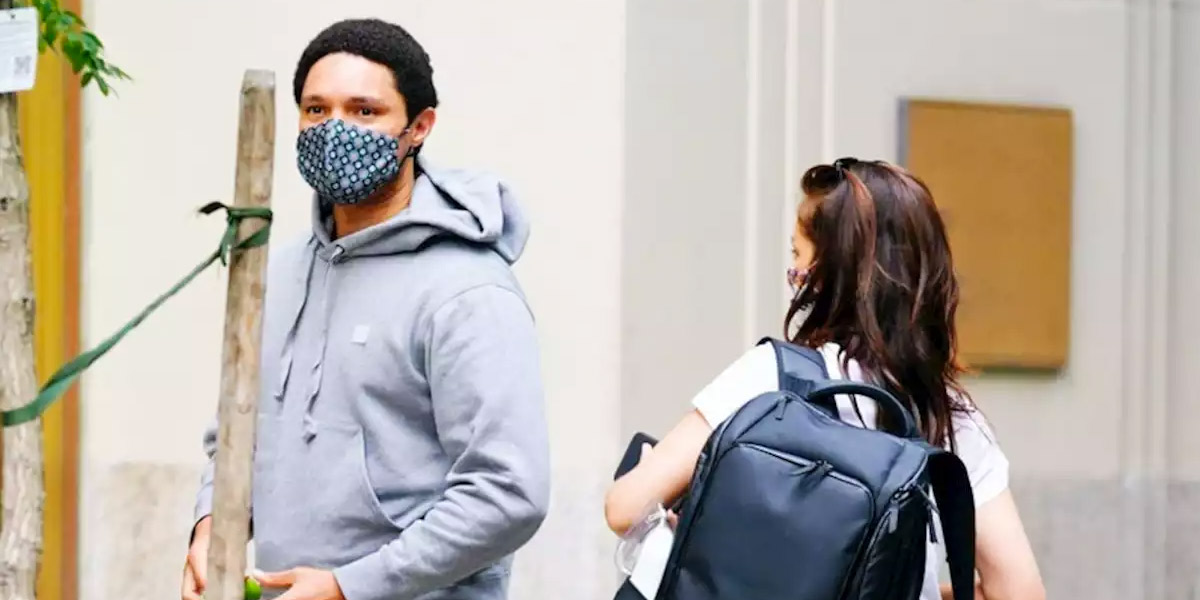 Actress Minka Kelly and The Daily Show host Trevor Noah have been the source of some relationship reports lately. On Friday, the two fueled the rumors when People spotted them going into Noah’s New York City apartment.

In photos obtained by People, Kelly is seen with several pieces of luggage as Noah handled her dog Freddy, on a leash. At the end of last month, a source told People that the two are, indeed, together. Kelly dated Chris Evans in 2007 and reunited with him in 2012, 2013, and 2015, before Evans got together with Jenny Slate, according to Us Weekly.

The People source added that the reported couple apparently got together “well before quarantine started.”

Kelly has appeared on episodes on Jane the Virgin, Parenthood, and was one of the three leads of ABC’s short-lived Charlie’s Angels reboot. She also shows up in DC superhero series The Titans and was on four seasons of Friday Night Lights as Lyla Garrity. You might also recognize her as the aptly named Autumn, the woman who shows up in the lead’s life at the very end of the film—after he dates Summer.

Noah has kept his private life private as he focuses his work on the racial injustice and protests in the U.S. Kelly has been using her Instagram account to call for justice for Breonna Taylor, Jacob Blake, and the other Black Americans who are killed by police.