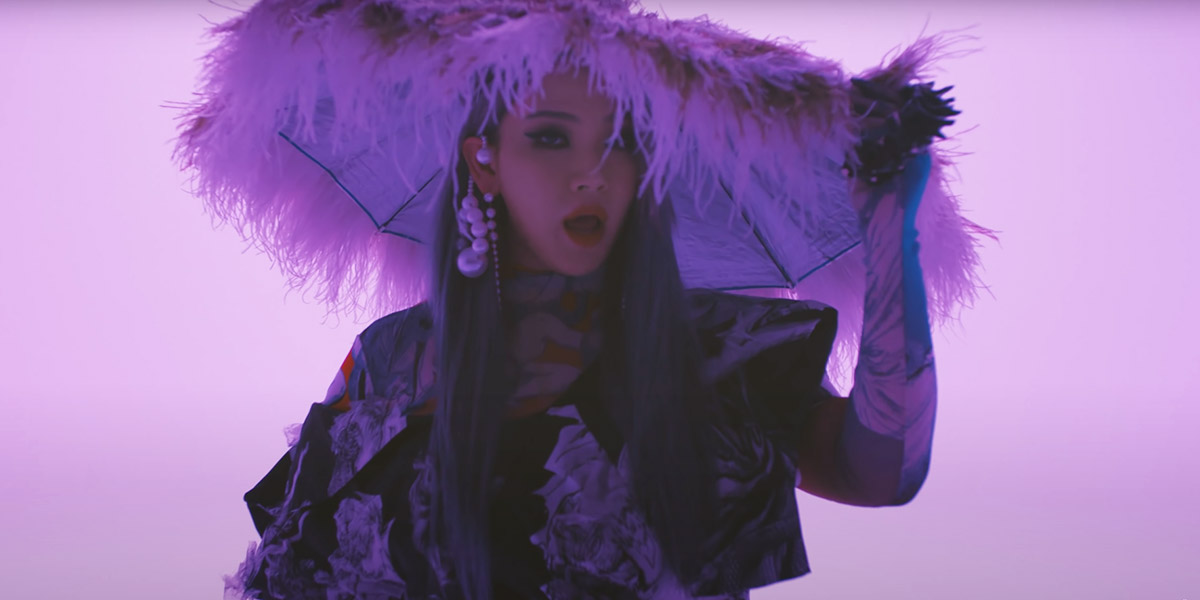 Yesterday was definitely not your regular Monday in the K-pop circuit as fans celebrated CL’s long-awaited comeback. After having teased the song through her socials, she finally made her power-packed return with the song “POST UP” and an accompanying music video. The release serves as an intro to her solo album slated to release next month.

Produced by Baauer and Holly, written by Bonique and herself, the track has CL declaring herself as the “baddest Asian” (rightfully so) and also features a shout-out to her former group 2NE1 referring them as “My past, my forever blessing.”

As for the fashion royalty that she is, explains her sartorial choices in the music video. Styled by frequent collaborator Juju, she can be spotted wearing statement pieces from designers Dingyun Zhang and Paolina Russo amongst others.

The new fans know her as an idol of the idols and the old ones for turning them into K-pop stans. CL is easily one of the most popular 2nd generation artists of the industry who paved the way for K-Pop and remains a fan favourite. She was the leader of one of the biggest K-pop girl groups in the 2010s, 2NE1 before pursuing a solo career under the YG Entertainment label with songs like “Lifted”.

In November last year, CL made the decision to leave YG Entertainment and immediately began releasing previously unreleased tracks as her solo EP project In the Name of Love for three consecutive weeks. It has been rumoured that the South Korean rapper has a huge archive or unreleased songs that were ready to go but were not released due to things happening behind the scenes with YG and CL.

Now, fans of CL who are starving for new music are in for a real treat as the K-pop’s Baddest Female is back and doing things in her own terms.

In an Instagram post leading up to the drop of her Intro video, she said, “Hello GZBz and those of you who have been supporting and waiting for me. It’s been a long time since I showed myself, so I spent every moment of the preparations with an excited and thankful heart.” CL then went on to explain, “There were so many things I wanted to say, I deliberated how much of it and in what way I would communicate with all of you. And as always, I decided to convey it with music and dance, through which I can express myself most candidly. “+POST UP+” is a short video I’m revealing before the release of my album to thank my fans GZBs who believed in me and waited so long for me. I’m revealing just this one first because I wanted to communicate with you all as soon as possible.  It’s a gift I specially prepared, so I hope my thoughts reach you properly.”

CL ended the caption by teasing that beginning October, she’ll be releasing new singles and a full-length album.