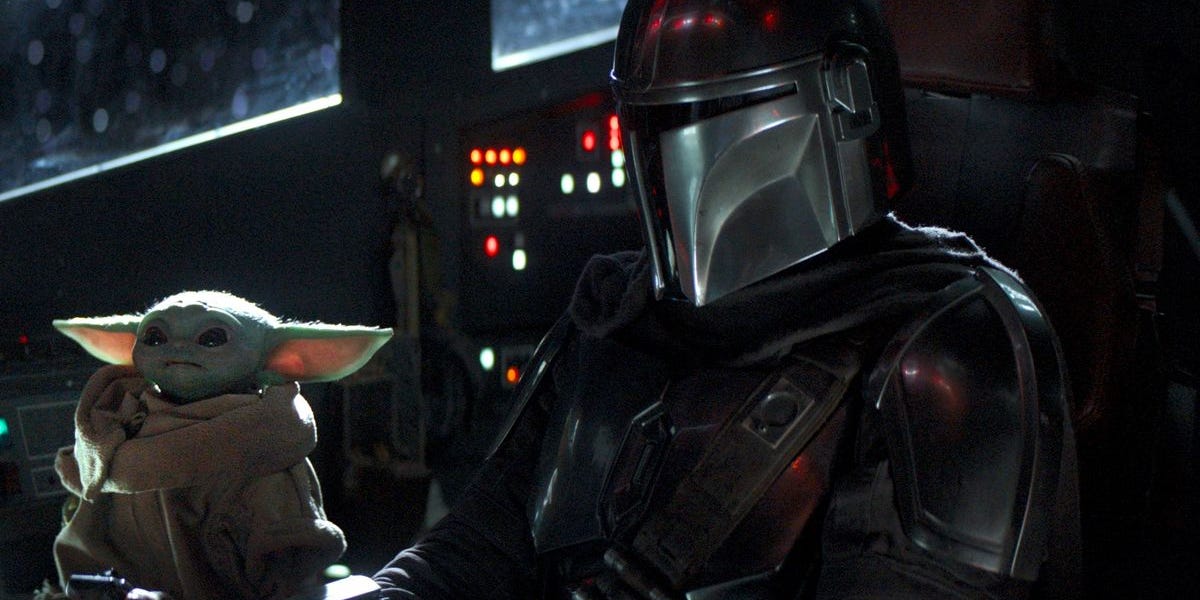 Spoilers for season 1 of The Mandalorian below.

If you’re looking to get your next Star Wars fix, new episodes of the Disney+ series The Mandalorian are on the way. When the Star Wars live-action show debuted in November 2019, it lured subscribers to the new streaming service and caused the world to collectively lost its mind over Baby Yoda. It was also critically adored, earning 15 Emmy nominations, including Outstanding Drama Series.

The galactic western odyssey, which stars Pedro Pascal as the titular bounty hunter and the pint-sized alien, will return on October 30. Ahead, everything we know about season 2 of The Mandalorian, including how the pandemic impacted filming.

Season 2 of The Mandalorian will premiere in October.

The second season hits Disney+ next month right on schedule. Series creator Jon Favreau announced that production on season 2 had begun last November, before the show had even debuted. He confirmed the following month on Twitter that the show would premiere in fall 2020. Gina Carano, who plays former Rebel trooper Cara Dune, shared on Instagram that filming had wrapped in March. This content is imported from Twitter. You may be able to find the same content in another format, or you may be able to find more information, at their web site.

Disney CEO Bob Chapek confirmed to CNBC that unlike several other productions, filming had been completed prior to the coronavirus pandemic shutdown. So season 2 of The Mandalorian will be released in October with “no delays.” On September 2—the same day British GQ released an interview with John Boyega discussing the racism he experienced while making Star Wars—Disney announced the show would return on Friday, October 30.

The first trailer is here—and Baby Yoda is along for the ride.

A few weeks ahead of its premiere, Disney+ released The Mandalorian season 2 trailer. There’s not a ton to be revealed from the new trailer, outside of some ominous music, a mysterious hooded character, and, naturally, some Baby Yoda cameos.

The Mandalorian (played by Pedro Pascal) is tasked with returning The Child, aka Baby Yoda, to his home planet, wherever that may be. “You expect me to search the galaxy,” he says, “and deliver this creature to a race of enemy sorcerers?” he asks at one point. Still, he promises to put on a united front for the journey: “Wherever I go, he goes.”

As indicated by her Instagram post, Carano will return alongside Pascal for season 2 of The Mandalorian. Other cast members expected to reprise their roles include Carl Weathers as Greef Carga, Giancarlo Esposito as the villainous Moff Gideon, and Taika Waititi as the voice of robot IG-88.

They’ll be joined by a host of new faces. The Hollywood Reporter confirmed last May that Temuera Morrison, who played Jango Fett in the prequels, will play Boba Fett in season 2. Per the outlet, he’s “expected to play just a small role” in season 2. Katee Sackhoff will reprise her animated Clone Wars character Bo-Katan Kryze, as reported by Deadline. Rosario Dawson will play Anakin Skywalker apprentice Ashoka Tano, via Variety. Michael Biehn (Terminator) will take on an unknown role. And Justified‘s Timothy Olyphant will return to television as Cobb Vanth, according to SlashFilm.

A-list actors aren’t the only ones clamoring to be involved with The Mandalorian. A collection of new directors have signed onto season 2. Per TVLine, Peyton Reed (Ant-Man), Robert Rodriguez (Sin City), Rick Famuyiwa (Dope), Dave Filoni (Star Wars: The Clone Wars) and Carl Weathers will all helm installments. Favreau will also occupy the director’s chair for the first time on the series. “We’re working on season 2, writing, prepping with the directors and getting ready to direct myself, actually,” he told Entertainment Weekly last September. “I didn’t get a chance the last time around because I was doing Lion King. So I’ll step in for one of them.”

The new season of The Mandalorian is still shrouded in mystery. It will take place in the same point in the Empire timeline as the first season, which followed 1983’s Return of the Jedi. In the season finale, Mando and Baby Yoda search for the Child’s home plant as the antagonistic Moff Gideon looms in the distance, Darksaber in tow. While Gideon will likely play a large role in the new season, so, too will (dare we say) Toddler Yoda. At the end of season 1, Mando seeks out the alien’s community, searching for answers.

Season 3 is already on the way.

One thing we do know: Disney+ is going all in on The Mandalorian. Variety exclusively reported in April that pre-production had begun on a third season. Sources close to the production told the outlet that Favreau had been “writing season 3 for a while” with the art department drafting concepts for another installment. Ewan McGregor is also set to reprise his role as Obi-Wan Kenobi in a new series for the streaming service and Diego Luna will play Cassian Andor in another.

Meghan Markle Announces Return To The Screen With Disney Plus Voiceover

Oscars 2021: Who Will Win Big At Next Year’s Academy Awards?