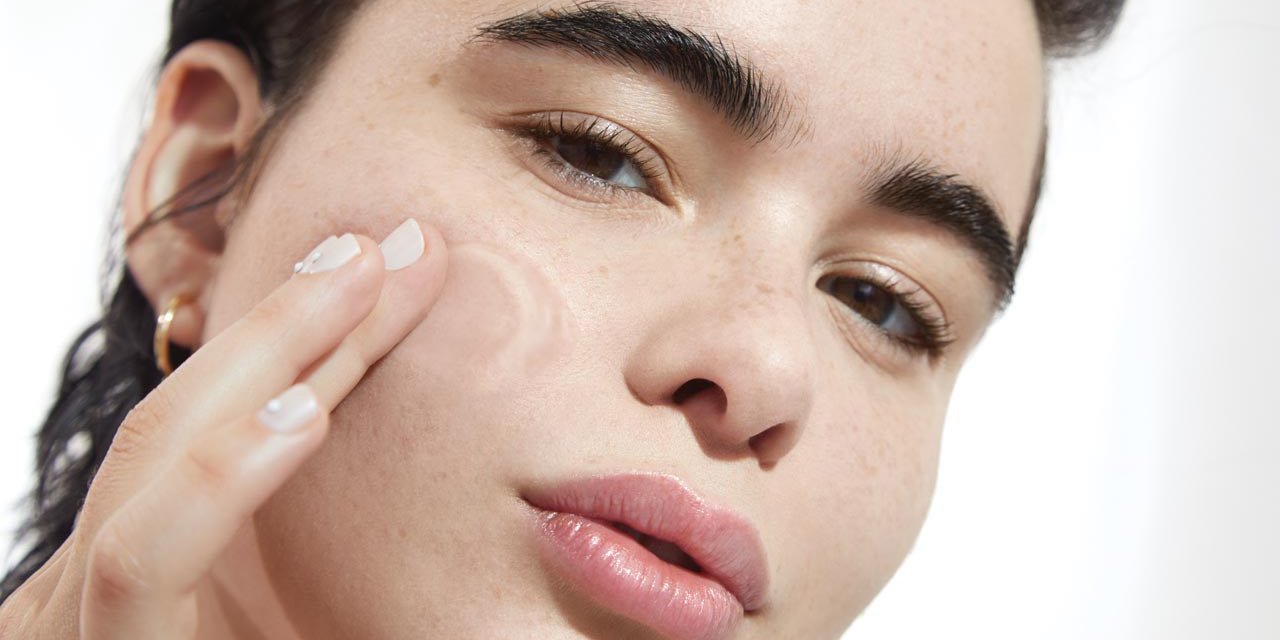 Why One-Piece Suits And Onesies Are The Ultimate Fashion Hack

I leave home for work with a tinge of regret every morning ever since it’s mandated to wear a mask out. How sad a feeling it is, to have perfected fresh, glowing skin… only to put a mask over, and remove it to find your foundation smudged all over the inside of it. Not only is it a disappointing sight, it’s actually quite gross-looking too — and it’s made myself (and many other makeup wearers) scramble to find ways to “mask-proof” our makeup.

Now, the point behind the process is to create as transfer-proof a canvas as possible, and this can be achieved, through trial and error, by say, using a “gripping” primer beneath matte foundations, setting skin with a finishing powder, using as minimal concealer as possible, etc. There are many ways to go about it, but nothing comes quite as close to how pleasing (and promising) the buzzwords sound in Becca’s newest offering: the Zero No-Pigment Virtual Foundation.

Right off the bat, the product sounds like an absolute dream; possibly even the answer to smearing makeup. I mean, if this “no-pigment” foundation can give me “virtual” perfect skin, not only is it a life-saver amid these curious mask-wearing days, it’ll also be a gamechanger in the beauty scene. Scrolling through YouTube and the brand’s Instagram page, a throng of reviews flood both platforms — and consumers are split into two camps. There are those who feel that the “foundation” is a scam; how can it be a foundation if there’s no pigment? And then there are those who feel that it’s an innovative product, fitting of the trendy no makeup-makeup look. It was intriguing, definitely, and I had to give the product a go myself. Here’s an unfiltered review of the product, tried-and-tested in the warm humidity of Singapore.

First off, don’t expect the “foundation” to provide any sort of coverage.

There is none, and it’s literally in a name. That also means, don’t expect the “foundation” to be able to cover discolouration and blemishes; it won’t. In that vein, can it be considered a “foundation”? Probably not, in my humble opinion, as this makes things confusing for consumers who are already used to the everyday term of “foundation” being something that can provide some sort of coverage. If it were up to me, the product should’ve been named a “skin enhancer” of sorts, just to avoid any sort of contention.

But does it result in better-looking skin? Yes.

Packed in a nifty tub, the velvety, paste-like texture spreads out like a thin film on the skin. It doesn’t feel heavy, nor watery, but instead melts and glides across your skin as heat from your fingers warm the product up. Water-releasing powders burst upon contact with skin, and the “foundation” feels cool as it sets. Instantly, there is a difference — smaller-looking pores, a gentle soft-blur effect on your complexion, and a lit-from-within glow thanks to hyaluronic acid in the formula. Skin looks “transparent matte” for the entire day; it’s fresh and radiant, and never looks cake-y or made-up.

Is it a glorified primer, though? Debatable.

Multiple comments that were left on the YouTube videos of beauty vloggers reviewing the product said the same thing: that the “foundation” feels very much like something out of the tale of the Emperor’s New Clothes — that it’s essentially a primer that’s marketed to be an innovative foundation. I don’t think I agree with that sentiment. Becca’s “foundation” is one that is formulated without silicone, or dimethicone (a silicone-based polymer) that’s usually found in pore-filling, mattifying primers. It’s what gives a product its silky, velvety texture, too.

The former does have the same radiant-matte result as my favourite primers, the Tatcha Silk Canvas Protective Primer and the Cover FX Gripping Primer, both of which have dimethicone high up on their ingredients list. Dimethicone has long been touted as a non-comedogenic ingredient, but as Becca’s doesn’t have any silicone in it as well, it takes away that risk of the product clogging pores entirely. Other primers that are formulated without silicone tend to be water-based, like the Skin Inc Serum Glow Filter and the Laura Mercier Hydrating Face Primer — and these don’t provide the same mattifying effect like the Zero No-Pigment Virtual Foundation, but instead create a hydration barrier over the skin. To add on, the product is free of fragrance, paragons, alcohol, mineral oil and sulphates, and its vegan, too.

And at the end of the day, the “foundation” doesn’t claim to be a primer, nor does it promise to extend the longevity of makeup. It’s meant to be used by itself; on lazy days where a pared-down routine is all you’re willing to embark on. Should you decide to layer on other base products over it like I did with concealer, it does help makeup look slightly smoother on the skin.

I must say I enjoyed the product.

I found myself reaching out to it on a daily basis, and am satisfied enough to leave home with just the “foundation” and light spot correction with concealer on. My reusable masks have never looked cleaner, and I never have to worry about foundation smudging or breaking up on my skin, especially in the nation’s humid climate. Though I do get why at $58, the product does come across as a splurge-on piece to cart out, especially for those who expect coverage mileage out of their foundations. But if you’re one for a minimalist and fuss-free routine, the Becca Zero No-Pigment Virtual Foundation will probably find itself a spot on your vanity.

The Mecca Zero No-Pigment Virtual Foundation retails at $58, and is available at Sephora outlets and on www.sephora.com.sg.