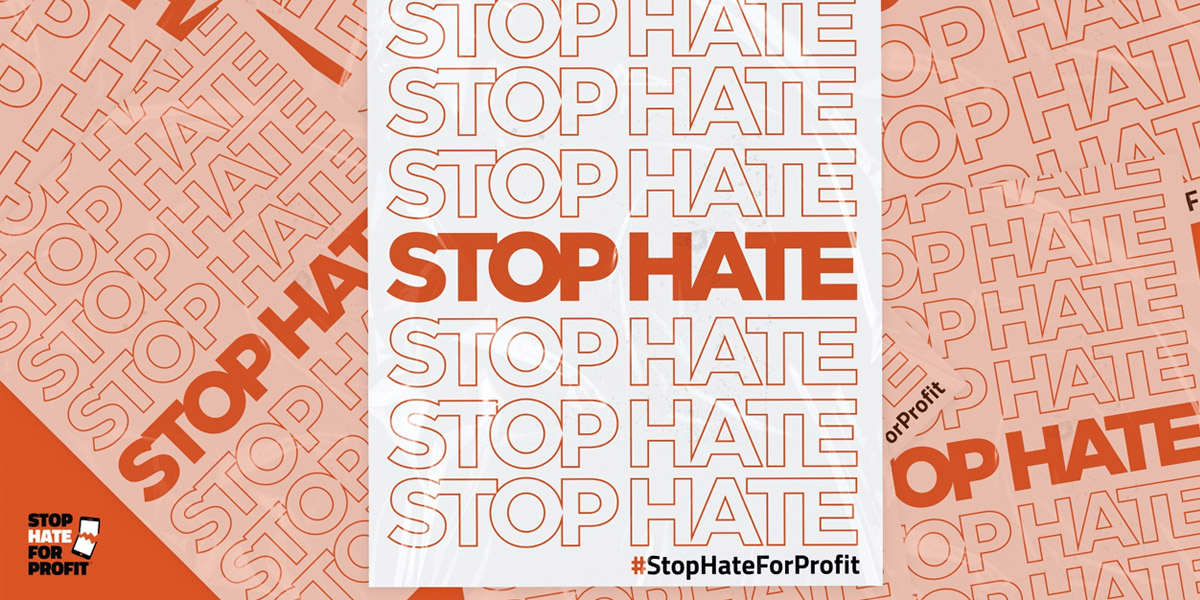 Many celebrities and businesses are freezing their Facebook and Instagram accounts today in solidarity with #StopHateForProfit. The campaign is meant to shed light on Facebook’s history of allowing hate speech and misinformation to spread on its platforms, according to the organisation’s website. High-profile users including Kim Kardashian, Jamie Foxx, Leonardo DiCaprio, Jennifer Lawrence, Kerry Washington, and Mark Ruffalo are vowing to freeze their Facebook and Instagram accounts for the day as part of the coalition’s week of action.

Here’s what you need to know about the movement and how you can participate.

What’s the message behind #StopHateForProfit?

Stop Hate For Profit is an initiative started by nine civil rights equality organizations, including the Anti-Defamation League, Color of Change, and the NAACP. The group is a “diverse and growing coalition that wants Facebook to take common-sense steps to address the rampant racism, disinformation and hate on its platform,” per its website.

Amid the global coronavirus pandemic and renewed calls for an end to racial injustice, the organization is launching a “week of action.” It began Monday, September 14, and includes daily social media prompts for users to speak out against racism, violence, hate, and election misinformation on Facebook and Instagram. The two goals for this week are:

The group’s new tactic arrives two months after its last widespread campaign. In July, Stop Hate For Profit encouraged companies to pull advertising from Facebook in protest against misinformation. That led to more than 1,200 brands pausing ads that month, including Adidas, Ben & Jerry’s, Ford, Patagonia, and Verizon.

This week of action’s timing is no coincidence. It lands two weeks after the police shooting of Jacob Blake in Kenosha, Wisconsin. 17-year-old Kyle Rittenhouse fatally shot two people and wounded another during protests in the area and has since faced charges in the shooting. Facebook founder Mark Zuckerberg has said the company made an “operational mistake” in allowing a militia group page encouraging armed citizens to head to the area to remain live. The page has since been removed and Zuckerberg’s claimed there’s no evidence Rittenhouse engaged with the page.

Stop Hate For Profit has also noted that “one of the most consequential elections in American history” is this November. While the group notes Facebook has proposed new policies ahead of the presidential election, the organization says “most of their changes are falling dangerously short.”

How do you participate?

For those looking to engage in the campaign, simply post about the initiative using #StopHateForProfit on social media. You can also download graphics and captions from the website via its Week of Action toolkit. There are specific messages for each day, including Wednesday, Thursday, and Friday of this week.

Which celebs are participating?

Dozens of A-listers have shed light on the group’s campaign and vowed to stay off of social media this Wednesday. Additional participants include Katy Perry, Michael B. Jordan, Demi Lovato, Ashton Kutcher, and Naomi Campbell.

Kim Kardashian was a notable adopter of the group’s message, as she is one of the most followed people in the world and can be paid millions for a single Instagram post. “I love that I can connect directly with you through Instagram and Facebook, but I can’t sit by and stay silent while these platforms continue to allow the spreading of hate, propaganda and misinformation – created by groups to sow division and split America apart – only to take steps after people are killed,” she wrote on Instagram, adding, “Misinformation shared on social media has a serious impact on our elections and undermines our democracy.” The post has since been deleted.

Jennifer Lawrence tweeted her support for the initiative on Monday, calling out Zuckerberg’s statement regarding the Kenosha shooting. “Facebook ignores hate & disinformation on their site. This is not an ‘operational mistake.’ It is a deliberate decision to put profits over people and democracy,” her page wrote.