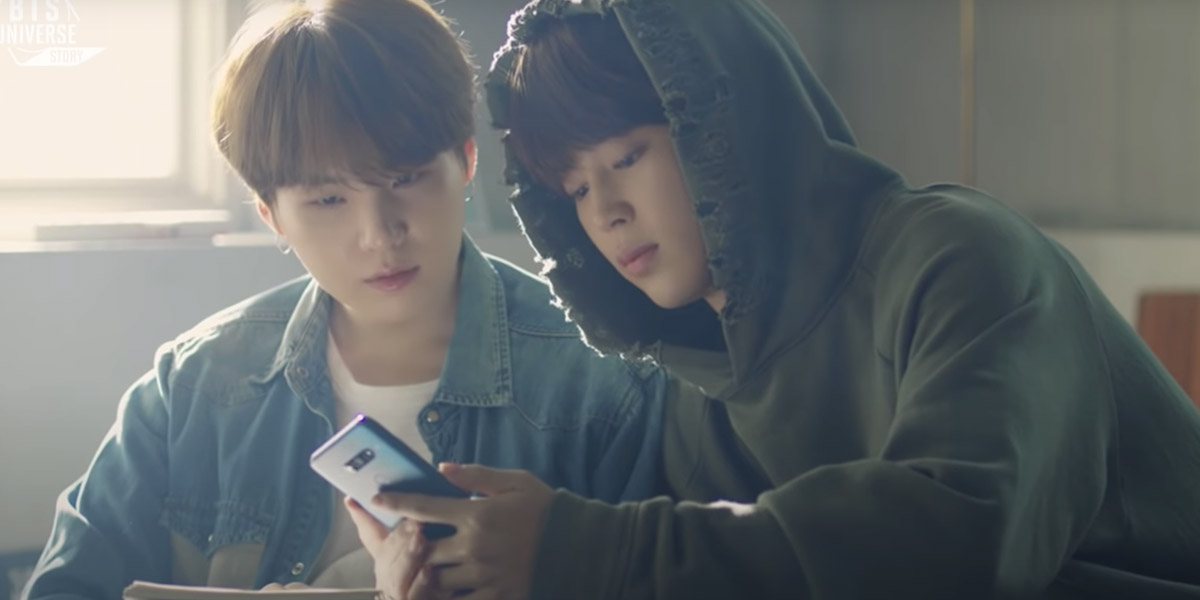 Recently, ARMYs were blessed with a 10-minute long trailer of BTS Universe Story, an interactive mobile RPG game slated to release on 24 September. Besides the immense talent and power-packed performances of BTS, what also attracted the crowds is the storyline and concept behind their earlier MVs. Ever since BTS hit the scene, fans took to socials with their theories and spent hours online to read and intercept what goes on in the BTS universe. So it comes as no surprise to release a game which takes it further in an engaging gaming format.

Releasing on September 24th, the trailer for the game features animated and live-action versions of the members and references of various BTS music videos throughout. According to the game’s official website, it is an interactive storytelling game that allows players to make choices that can lead to different outcomes. The game also has a “Story Creation” mode where players can create their own storylines using the in-built tools. The players can also collect clothes and accessories and style their characters. It looks like they took every Army’s dream and made it into a game, we’re not complaining!

It is worth noting that one of the many reasons behind the septet’s global domination is releasing loads of content for the fans. Be it their music, documentaries, variety shows or behind the stage footage, they are always onto something. Another to their many feats, they topped the Billboard Hot 100 with their latest single “Dynamite” which debuted three weeks ago. Plus, it’s also not their first rodeo in the gaming world having previously released BTS World last year, a visual-novel style mobile game where the players take the role of BTS’ manager (again every fan’s dream, am I right?). Looking at their other creative ventures including launching their own social media platform Weverse and multiple brand collaborations at hand, BTS is a game-changer not just musically but also economically.

With the possible military enlistment for the members, the management moves by their label Big Hit Entertainment is another in their multiple successful revenue models. The label slated to go public next month will make it one of the largest IPO in South Korea. Since the IPO announcement, the label has also gifted stocks to each member of BTS making them shareholders of the company. The gaming giant Netmarble behind both the games is also one of the biggest shareholders of the company. So them creating such a game, if not for the biggest boyband in the world, then who?