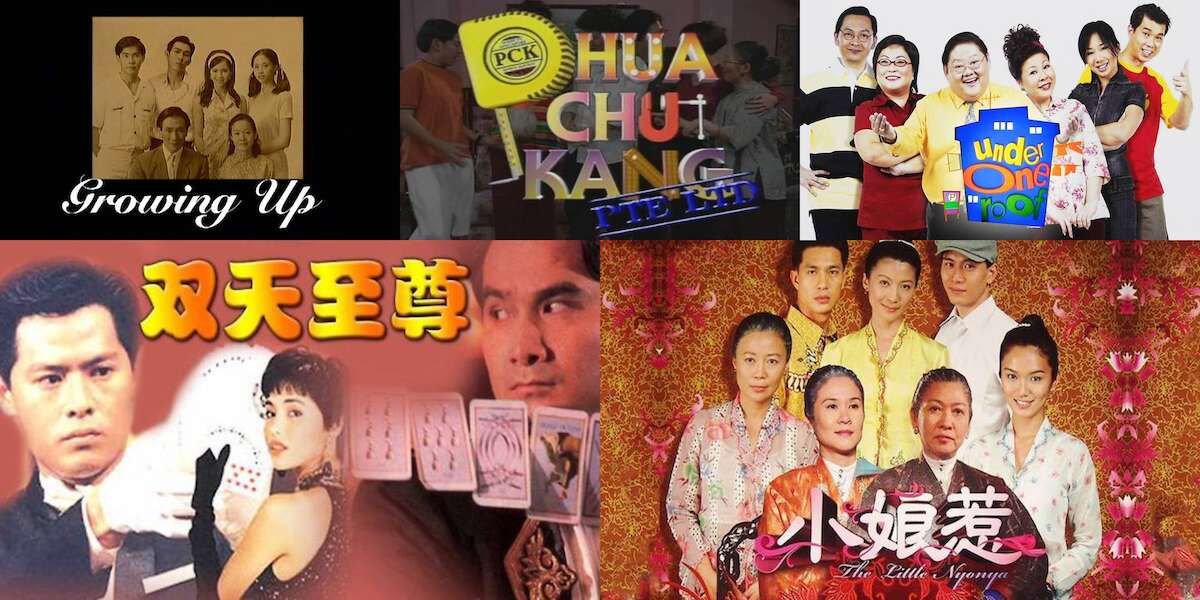 With various streaming platforms like Netflix, Apple TV and VIU, we are truly spoilt for choices when it comes to picking a new TV series to commit to. But did you know that Singapore also has its golden era of television?

These classic television series have left a deep impression on many millennials today and they represent, in my opinion, the pinnacle of media production back in the ’90s. Let’s turn back time a little to the ‘90s and early ‘00, and examine five local series that have left an indelible mark in the memories of many Singaporeans that you should definitely either revisit or check out:

Hands down the most iconic show of the ‘90s and possibly set the gold standard for the media industry. The show was the first to feature gambling as its main theme and how can we forget the ubercool dice stacking and cards shuffling scenes throughout the TV series? I’m pretty sure many of the millennials have tried to imitate Zoe Tay and Li Nanxing’s moves. Give this TV series a shot and you will understand why Li Nanxing and Zoe Tay have been crowned as the King and Queen of Caldecott Hill.

I mean who doesn’t know who is PCK, right? Our favourite contractor who boasts to be the “best in Singapore, JB and some say Batam” and he’s not wrong, he has warmed the cockles of many Singaporeans’ hearts. This series is loaded with a unique brand of Singaporean humour that is accompanied by many iconic Singlish catchphrases like, “Don’t play, play” and “Use your brain”. Catch this series if you are looking for something lighthearted and funny to wind down for the day.

Though I did not “grow up” with this family drama, I have heard many good reviews from the people around me. Many praised the show for imparting important moral lessons that we should aspire to have, and the plot was also relatable to many growing up in post-war Singapore. Veteran actor Lim Kay Tong stars as Mr Tay, the head of the household and who can forget Andrew Seow‘s titular performance as local bad boy, Gary Lim. Every episode hits the feels, exploring topics such as filial piety, women’s role in modern society, the burden of expectations and so many more.

Set in the ‘60s and progressively to the ‘80s, this drama is a good platform for many younger Singaporeans to have a glimpse of what life’s like back and draw similarities between the past and present.

I will always remember this drama because I used to catch it EVERY NIGHT, it was a ritual of sorts for me, back in the day. I was even annoyed when I couldn’t watch the last episode because I had to attend a school camp. Apart from the intricate embroidery and traditional beaded shoes, the drama circles around an extended Peranakan family. The blockbuster drama was especially popular in Southeast Asia that China even made a re-adaptation. After watching this drama, you will have a greater appreciation of Singapore’s rich history and unique Peranakan culture which has influenced many of our cuisines.

Another light-hearted sitcom that everyone tuned in to every Tuesday evening. What made this sitcom so popular was the burst of Singaporean flavours — the local accents, HDBs and of cause, our brand of Singaporean humour. This sitcom was Asia’s first English-language sitcom and also a finalist in the “Best Sitcom” category at the International Emmy Awards. The sitcom has since been exported to many countries and was even the first local series to be aired in Australia and Canada.

All the shows mentioned above and many more are available on Netflix and meWatch.