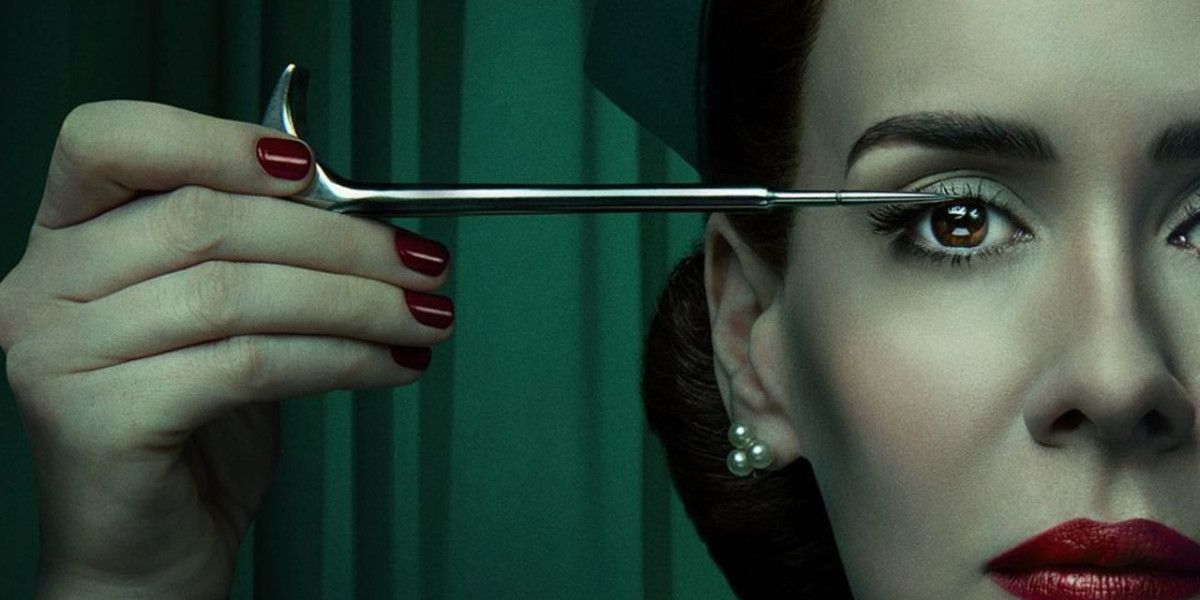 On Oscar night 1976, Milos Forman‘s drama One Flew Over the Cuckoo’s Nest cemented its place in the zeitgeist. An adaptation of Ken Kesey‘s powerful novel about patients on a 1960s psychiatric ward, the film swept all five top categories at the Academy Awards, a feat which no other movie had managed in more than forty years.

One of those top five categories was Best Actress, which went to Louise Fletcher for her performance as the coolly sadistic psychiatric nurse Mildred Ratched. Ratched’s power struggle with Jack Nicholson‘s Randle McMurphy is the core of the movie, and Fletcher’s performance is indelible. But less than two years before that Oscars ceremony, when One Flew Over The Cuckoo’s Nest was being cast, the role of Ratched was a hot potato. Angela Lansbury, Ellen Burstyn, Anne Bancroft, Geraldine Page and Colleen Dewhurst were among the A-list actresses of the day who reportedly turned it down, considering the role too monstrous.

Now, 45 years later, Sarah Paulson is bringing new life to the character in Ryan Murphy‘s Netflix origin story Ratched. Before you delve in, here’s a primer on the history of Nurse Ratched on the page and onscreen.

She is based on a real person.

If you’re remotely familiar with the character, this is a pretty unsettling factoid. In writing his seminal 1962 novel One Flew Over The Cuckoo’s Nest—which the critic Pauline Kael once called a “nonconformists’ bible”—author Ken Kesey was inspired by his real experiences. After graduating from college, Kesey worked as a night orderly on the psychiatric ward of the Menlo Park Veterans’ Hospital in California. The character of Mildred Ratched, the cruel and tyrannical nurse who oversees the fictional ward, was inspired by the real head nurse on the ward where Kesey worked.

In the novel, Ratched is often identified by her Orwellian nickname, “Big Nurse,” and she’s described as physically imposing and almost supernaturally frightening. Her nails, according to the novel’s unstable narrator, are “funny orange, like the tip of a soldering iron. Colour so hot or so cold if she touches you with it you can’t tell which.” She runs the ward with an iron fist, and favours lobotomies as a means of keeping disruptive patients under control.

Ratched represents the way society treats those with mental illness.

Ratched is depicted, both in the book and film, as an authoritarian who takes great pleasure in the power she wields over her vulnerable patients. She restricts their access to medication, freedom, and basic necessities in a way that sometimes seems to be part of a legitimate treatment regimen but more often seems sadistic. Her behaviour encapsulates the dehumanising way psychiatric patients were treated, both in the 1960s and, in some cases, still to this day.

Ratched meets her match in Randle McMurphy, a naturally rebellious and disruptive new patient who bristles at her arbitrary cruelty. Played by Jack Nicholson in the movie, McMurphy gradually begins to turn the patients on the ward around to his way of thinking, encouraging them to question Ratched’s authority and stand up for themselves against her. The power struggle that ensues is gripping—and, ultimately, stacked in Ratched’s favor because of the institutional weight behind her.

“Nurse Ratched’s soft, controlled voice and girlishly antiseptic manner always put you in the wrong; you can’t cut through the crap in her—it goes too deep,” Kael wrote in The New Yorker. “And she’s too smart for you; she’s got all the protocol in the world on her side.”

What’s even more chilling is that Ratched does not see herself as a villain. “I slowly started to realise that it will be much more powerful if it’s not this visible evil,” Forman has said, per Vanity Fair. “That she’s only an instrument of evil. She doesn’t know that she’s evil. She, as a matter of fact, believes that she’s helping people.”

Ratched is ranked as one of the all-time great movie villains.

The American Film Institute ranks Nurse Ratched, as played by Fletcher, as the fifth greatest movie villain of all time, behind The Silence of the Lambs‘ Hannibal Lecter, Psycho‘s Norman Bates, Star Wars‘s Darth Vader and The Wizard of Oz’s Wicked Witch of the West.

One of the things that makes Ratched such a memorable villain is just how subtly Fletcher plays even her cruelest moments. A larger-than-life performance would make Ratched’s behavior easier to swallow, heightening her behaviour to the point where it doesn’t feel grounded – but Fletcher downplays, forcing the audience to confront just how real the Ratcheds of the world actually are. “Louise had the strength to do it subtle,” Forman told The New York Times. ”She didn’t go for cheap exaggeration. It was the most difficult part in the picture. I was afraid that, surrounded by all those spectacular performances, she would get lost.”

Though Sarah Paulson’s younger version of Mildred Ratched is certainly an antiheroine—if not an outright villain—she’s a far more nuanced character than in either the page or screen versions of One Flew Over The Cuckoo’s Nest.

“I feel like Nurse Ratched is sort of a shorthand for barbarism. She became almost like a catchphrase for any sort of institutional abuse of power,” Murphy told Vanity Fair. “What was interesting was trying to create an emotional character from a reputation that’s very cold.”

Fletcher, though, filled in Ratched’s backstory in her own mind to help understand the character’s motivations. “She had sacrificed her life for other people. She hasn’t married, hadn’t done this, hadn’t done that, and was self-sufficient on her own leading this life, because she dedicated her life, her earlier life, to other people who needed her,” she told Vanity Fair. Even more intriguingly, she also said that in her mind, Ratched was a 40-year-old virgin who was “very turned on” by McMurphy.