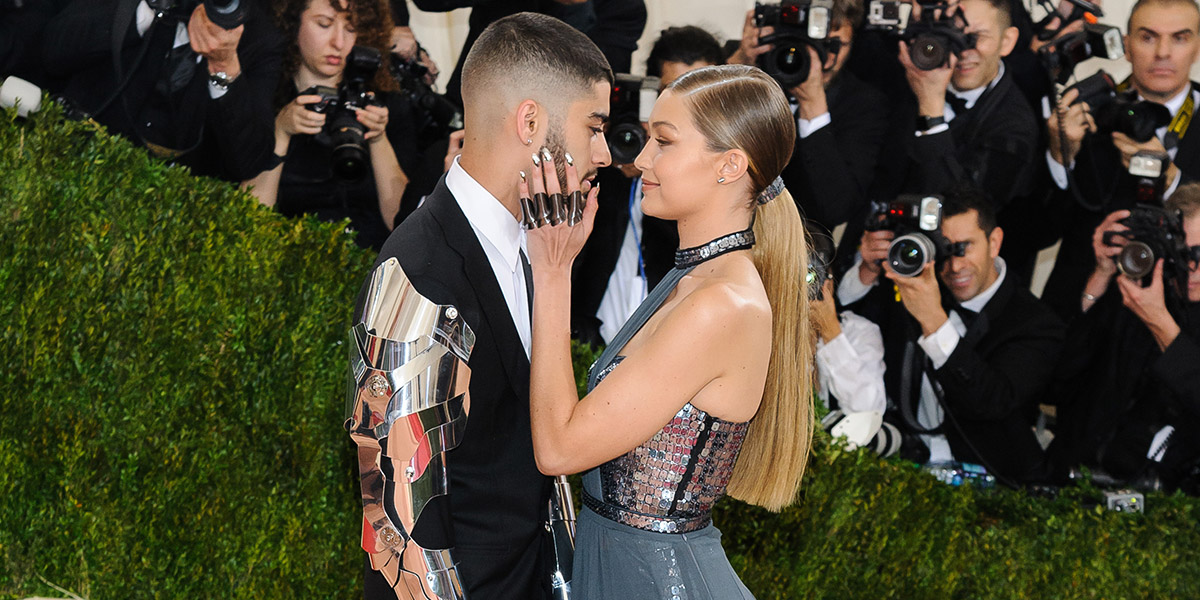 Gigi Hadid and Zayn Malik‘s baby girl has arrived. The 25-year-old model gave birth to the couple’s first child, Malik announced on his Twitter, sharing a photo of his daughter’s hand in his.

“Our baby girl is here, healthy & beautiful,” he tweeted, “to try put into words how i am feeling right now would be an impossible task. The love i feel for this tiny human is beyond my understanding. Grateful to know her, proud to call her mine, & thankful for the life we will have together x”

Details about the name haven’t come out yet.

TMZ broke news of Hadid’s pregnancy in late April, prompting Hadid to confirm the reports during a Tonight Show interview two days later. Her mother said around the same time that Hadid was due in September. Hadid confirmed on Twitter on September 12 that her daughter was late, responding to a still that a fan shared from The Princess Diaries where Queen Clarisse says, “A queen is never late. Everyone else is simply early.” The fan wrote, “Gigi’s daughter said:” Hadid responded with three laugh emojis and two pink hearts.

Hadid told Tonight Show host Jimmy Fallon that “obviously, you know, we wish we could’ve announced it on our own terms, but we’re very excited and happy and grateful for everyone’s well wishes and support so…”

Her mother Yolanda Hadid said that she was “still shocked our little secret got leaked to the press. Of course we are so excited. I’m excited to become Oma in September, especially after I lost my mom so recently. But this is the beauty of life, one soul leaves us, and a new one comes in. We feel very blessed.”

Before Hadid’s pregnancy was revealed, the model was candid about her hopes to become a mother someday. During an interview with i-D magazine published in February, the model spoke about her future ambitions in the fashion industry. Hadid said, “I think that as I get older… well one day I’ll start a family and I don’t know if I will always be modelling. I love the creative side of fashion, it’s so fulfilling. The people I work with make me so happy, I’m so lucky to be around them. But who knows? Maybe I’ll take up full-time cooking!”