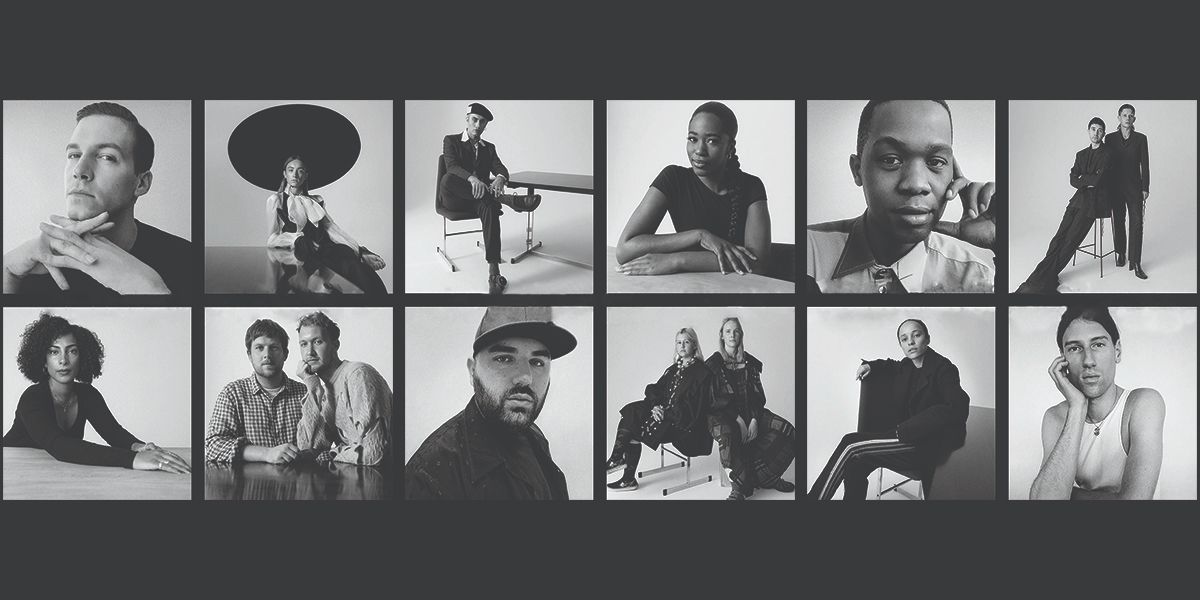 MatchesFashion launches the Innovators Programme this September to empower young designers during this Covid-19 pandemic. First established in 2017, the Innovators Programmes was set up to encourage a broader dialogue about the importance of nurturing and supporting the fashion industry’s next generation of talent. In 2020, the e-tailer takes into consideration how the pandemic has disproportionately affected young designers and their businesses and, under the new programme, they’ll be able to tap on MatchesFashion for marketing support, business mentorship, and preferential payment terms that lasts a year. “[The Innovators Programme] helps futureproof their businesses,” says Natalie Kingham, Buying Director at MatchesFashion.

London designers Eden Loweth and Tom Barratt first established their label Art School in 2017. It’s distinct for its bold prints and embellishments, and unisex approach to garments that celebrates non-binary gender identity. With the goal of breaking down society’s monolithic concept of gender through fashion design, pieces to look out for include oversized shirts and statement outerwear.

Taking inspiration from her mixed heritage and childhood memories growing up in London during the ’90s, Indian-Nigerian designer Priya Ahluwalia creates clothing using only deadstock fabric — mirroring the familial tradition of a shared wardrobe which extends the lifespan of a garment considerably. She then transforms the discarded with her flair for patchwork, and penchant for vibrant colours.

British-Bulgarian founders, Emma Chopova and Laura Lowena are one of 2020’s LVMH Prize winners, and have already won over the hearts of many style personalities frequently glimpsed on the fashion week street style circuit. Tapping into their Bulgarian roots but mashing it up with sporty materials like spandex, nylon and lycra, the results are off-kilter statement pieces — dresses, skirts, blouses — that truly resemble no other. Stitched from deadstock and repurposed materials.

Central Saint Martins graduates Stefan Cooke and Jake Burt founded their accessories label Stefan Cooke in 2017. The pair co-create harmoniously and play to each other’s strengths, that is Cooke’s textile techniques and Burt’s eye for silhouette and design. Their offering is distinct for vintage purses elevated by modern, quotidian elements.

Swiss-born and Paris-based designer Kevin Germanier has made waves in the fashion industry for his sustainable — and glamorous — approach to garments. Germanier has made a name turning out gasp-inducing dresses that call to mind Studio 54, achieved through repurposed fabrics and embellishments that clinched the designer the EcoChic Design Award back in 2015. Casual pieces such as bodysuits, jeans and cycling shorts are not without his touch of glam by way of lashings of colour.

After cutting his teeth at Versace and Oscar de la Renta, Michael Halpern launched his debut collection of sequin-smothered eveningwear in 2016. The next year, he won the British Emerging Talent award for womenswear and many of his shimmering dresses have been worn by celebrities like Amal Clooney, Diane Kruger and Marion Cotillard Inspired by his mother’s experience of New York’s Studio 54 in the ’70s, Halpern’s signature are after-dark pieces tailored to accentuate one’s figure.

Gender fluidity is at the heart of Harris Reed’s designs. Although Reed’s brand takes inspiration from the current socio-political climate that he feels most connected to, the label’s ethos is grounded in gender fluidity and inclusivity, in which the designer believes in using fashion design as a catalyst for change through initiating conversation. Describing his brand as “Romanticism Gone Nonbinary”, Reed’s work takes on dramatic silhouettes in bright colours.

Charles Jeffery launched his label Loverboy after graduating from Central Saint Martins in 2015, and has been nominated for the LVMH Prize while taking home the Emerging Talent Prize at the 2017 British Fashion Awards. Each season, Jeffery incorporates the aesthetic of his circle of friends, giving rise to garments that are reflective of the spirit of London’s vibrant queer nightlife. Having done training in couture at Dior, many of his beautifully constructed pieces will reveal the complex techniques required to make them.

Winner of the LVMH Prize in 2019, Thebe Magugu’s eponymous label takes on fashion as a vehicle for storytelling, especially with regards to women’s issues and African culture. With prints and even garment blueprints inspired by these tenets, Magugu’s smart, functional clothes seek to empower the modern woman who cares about her wardrobe, but too the world at-large.

Minimalistic with a gender-fluid approach that nods at ballet to erotica, designer Ludovic de Saint Sernin was a member of Balmain’s design team before launching his eponymous brand in 2016. Drawing inspiration from his personal experiences and also artists like Robert Mapplethorpe, Saint Sernin uses clothing as a medium to explore sexuality. Denim and leather are frequently seen in his collections, and the fabrication of signature looks like flared trousers and loose shirts.

“One To Watch” according to the British Fashion Council, Bianca Saunders is a London-based designer who challenges the notion of hyper-masculinity. Her mixed heritage — her parents are British-born Jamaicans — and black culture are the bedrock of her work, with her pieces marked by masculine silhouettes that are contrasted with feminine details.

Grace Wales Bonner launched her eponymous label in 2015 and received the LVMH Young Designer Prize in the following year. Informed by her passion for art and history as well as her mixed heritage —  the designer was born to a Jamaican father and white mother, and she grew up in the UK — the inspirations that colour her garments are often intellectual, with their designs going against the grain of gender norms. She has a collaboration with Dior for its Resort’20 collection under her belt, and has taken home the British Fashion Council/Vogue Designer Fashion Fund. Winning pieces include sculptural jackets and sharply tailored trousers.

Shop these up-and-coming labels at MatchesFashion.

Kim Jones Has Been Named The New Artistic Director Of Fendi