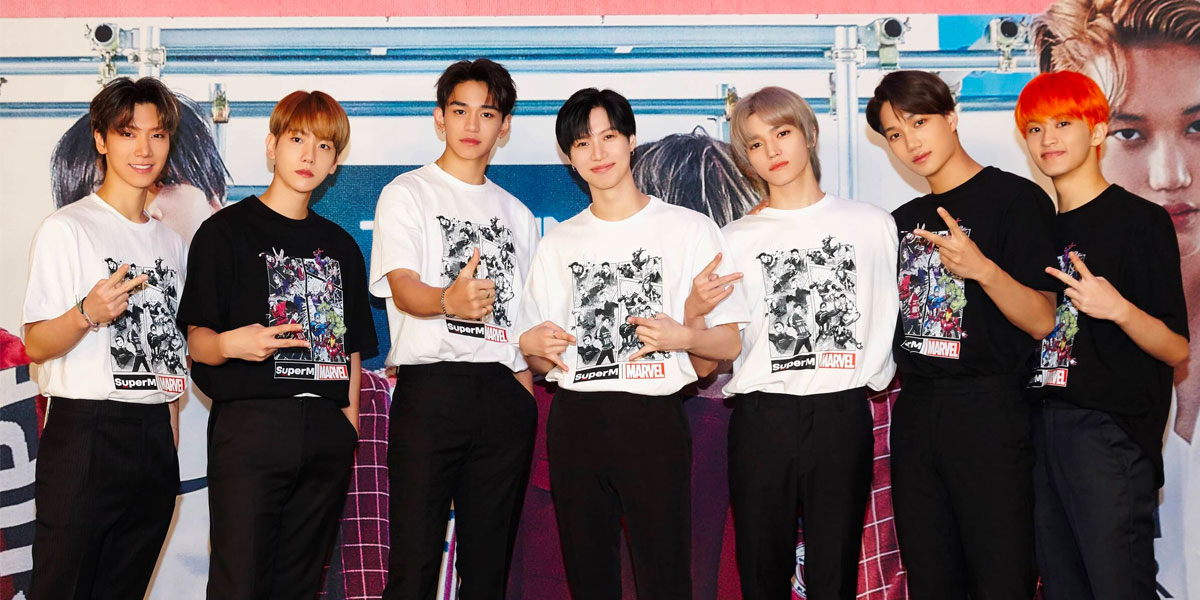 Best things are in store when two of the biggest universes and their fandoms unite. Yes, that’s correct; Marvel and SM Entertainment have officially joined hands and announced their continuing collaboration with SuperM last Friday.

Also dubbed as the Avengers of K-pop, SuperM consists of members of some of the most popular K-pop acts under SME – Taemin from SHINee, EXO’s Baekhyun and Kai, NCT 127’s Taeyong and Mark, and Ten and Lucas from WayV. On September 25, SuperM released their first full-length album “Super One” along with the music video for the title track “One (Monster & Infinity)”. The same day they announced exclusive drop for the dual SuperM X Marvel merchandise collaboration.

“Marvel has proven itself as a highly influential lifestyle brand with fans who are inspired by the world’s most empowered characters and stories. Working with SM Entertainment authentically expands the Marvel Universe of products into K-Pop culture in a cool, original way, since the SuperM members are Marvel fans themselves.” Paul Gitter, Senior Vice President, Marvel Licensing, explained in a statement last Friday.

Head over to SuperM’s official store to shop their merch and keep an eye out for more!