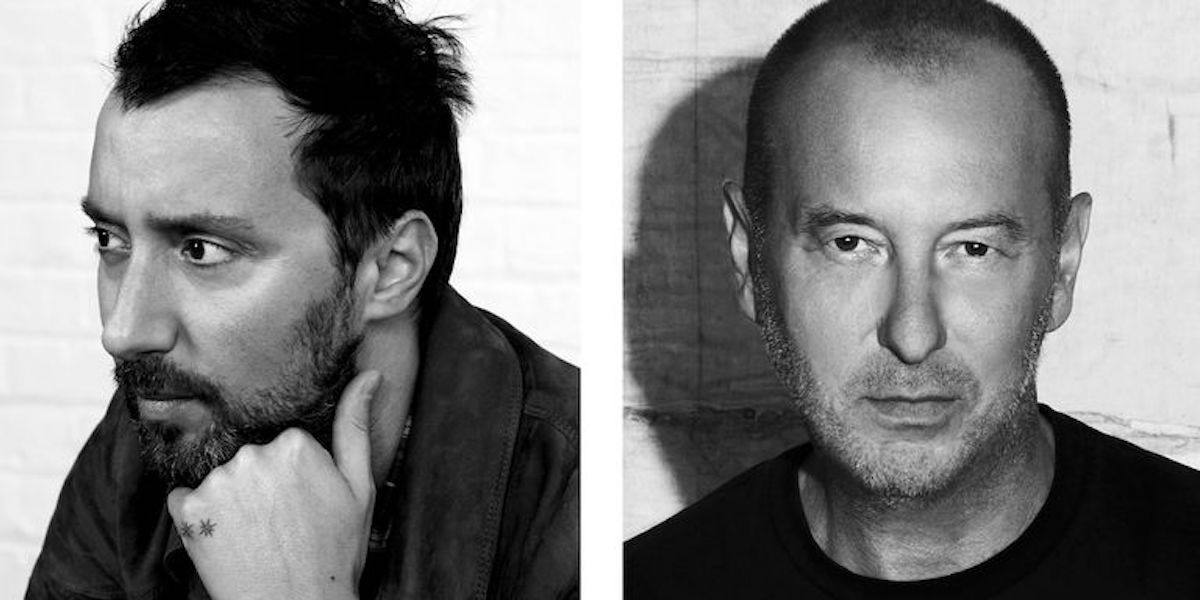 For fashion fans growing up in the ’90s, Helmut Lang was it. The New York–based Austrian designer was largely credited with defining the style of the decade. He emphasised minimalism by tapering his silhouettes and nixing the frills and embellishments that characterised the designs of his contemporaries. He pioneered the use of denim, metals, and rubber, crafting sumptuous pieces from utilitarian materials.

Furthermore, Lang was also the first designer to show his collection online—now-standard in the era of COVID-19. All this greatly influenced generations of designers, especially Saint Laurent’s creative director, Anthony Vaccarello.

Vaccarello’s admiration for the minimalist master prompted him to visit Lang at his home on Long Island two years ago, where he has been working as an artist since retiring from the fashion industry in 2005. Vacarello hoped to sign him on for a collaboration. Lang, however, wasn’t interested in reentering the fashion fold, so the two instead joined forces on sculptures that capture their shared sensibilities.

“I always had the utmost respect for the work of Yves, and Anthony has created an unparalleled vision for YSL, furthering the house’s legacy in a truly contemporary way,” Lang said to Business of Fashion. “But, more significantly, Anthony was the first person in fashion to engage in a collaboration focusing on my artwork.”

Titled Helmut Lang x Anthony Vaccarello for Saint Laurent Rive Droite (a nod to Saint Laurent’s Rive Gauche line), the artwork is made from deadstock fabric and unused hardware from Vaccarello’s past collections that are mixed with pigmented resin and aluminium, and then formed into floor-to-ceiling poles. The appearance is austere and crude at first glance, but upon closer inspection, layers of beauty and elegance are revealed. Indeed, the same can be said of Lang’s aesthetic.

“I consider him at the same level as someone like Coco Chanel for the way he brought realness into fashion, something that everyone is still copying,” Vaccarello said. “Helmut was the first to stand up against artificial promotional messages, his vision and art direction brought everyone back to the real and meaningful essence of fashion.”

The sculptures will be on display from September 30 to October 30 at Saint Laurent’s concept store, also named Rive Droite, before moving to Los Angeles, where they will be available for purchase.