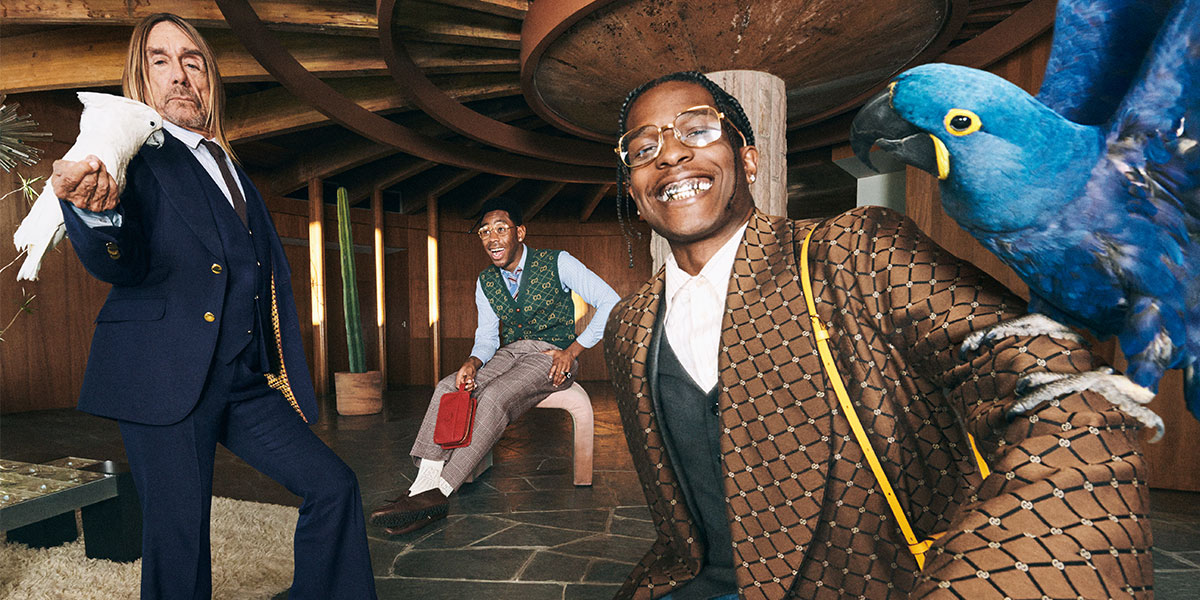 What is it called when music’s three biggest icons unite? That’s exactly the latest Gucci tailoring campaign Life of a Rock Star for you. Shot pre-lockdown at an L.A. mansion, the campaign stars the three widely known dapper musicians – A$AP Rocky, Iggy Pop and Tyler The Creator while busting moves and keeping up with Gucci’s eccentric aesthetic.

Gucci has previously worked with Harry Styles thrice successfully in creating some of the most iconic images for their tailoring campaign. And this time, they scouted the three ‘Rockstars’ known for their distinctive style for their latest imagery. Given the many changes around the fashion industry amidst the global pandemic and the social-political scenario, the campaign fits right, is fresh yet iconic once again.

Shot in February, director Harmony Korine returns as the photographer and director for the Gucci campaign which is creatively directed by Alessandro Michele along with the art direction of Christopher Simmonds. Set to the song ‘Supernature’ by Cerrone, the three artists and their pets (including Iggy Pop’s parrot Biggy Pop) tap their feet away in a modern West Coast home.

“A certain type of fun is also portrayed and the idea of how one’s obsession with appearances can create a kind of common ground that can become a sort of brotherhood. It was beautiful to see these three men together, seemingly different but very similar,” Michele commented on the new #GucciTailoring campaign.

Designed by Alessandro Michele, the collection features an assortment of ready-to-wear, leather goods, footwear, accessories and jewellery. For more info on shopping the products, head to the Gucci site.