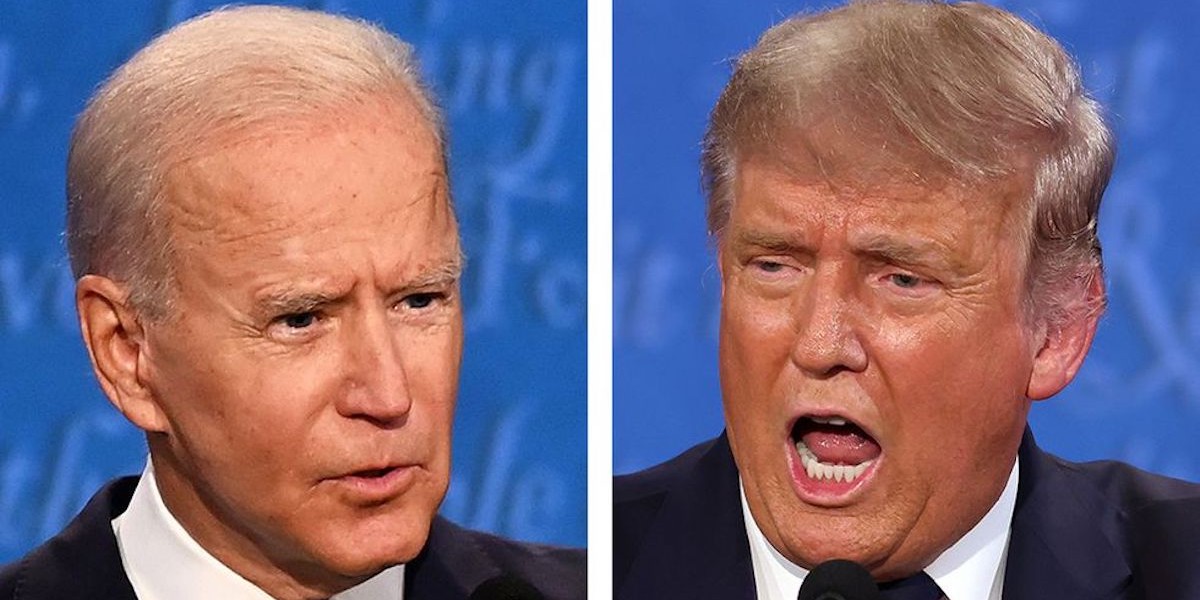 To quote CNN’s Jake Tapper, Tuesday night’s first presidential debate between President Trump and former Vice President Joe Biden was “a hot mess inside a dumpster fire inside a train wreck.” While a debate is supposed to help the American people learn more about the two candidates and use that information to make an educated vote, this particular debate was so chaotic—with Trump constantly interrupting and spewing insults—that some are now suggesting the other scheduled debates be cancelled.

TIME‘s Judy Berman wrote a review of the debate titled, “Just Cancel the Last Two Debates. America Has Suffered Enough,” while Frank Bruni wrote an op-ed in the New York Times with the headline: “After That Fiasco, Biden Should Refuse to Debate Trump Again.” In a piece published right after the debate, Washington Post‘s media critic Margaret Sullivan wrote, “Failing some radical reform in the debate format, there’s no reason for the next two debates to take place as scheduled on Oct. 15 and 22.”

For now, it’s safe to assume the debates will continue, though it might cost us any joy we’ve managed to scrape together this year. (According to the Post, on a post-debate call, Kate Bedingfield, Biden’s deputy campaign manager, told reporters: “We are going to the debates, guys. We don’t know how many different ways we can say it.”) But if for some reason you need a refresher on just what the hell happened Tuesday night that would produce such an intense response, please feel free to relive the horror with these Twitter reactions to some of evening’s most jaw-dropping moments:

Biden told Trump, “Will you shut up, man?”

Trump refused to denounce white supremacy and told the Proud Boys, a Southern Poverty Law Center-designated hate group, to “stand back and stand by.”