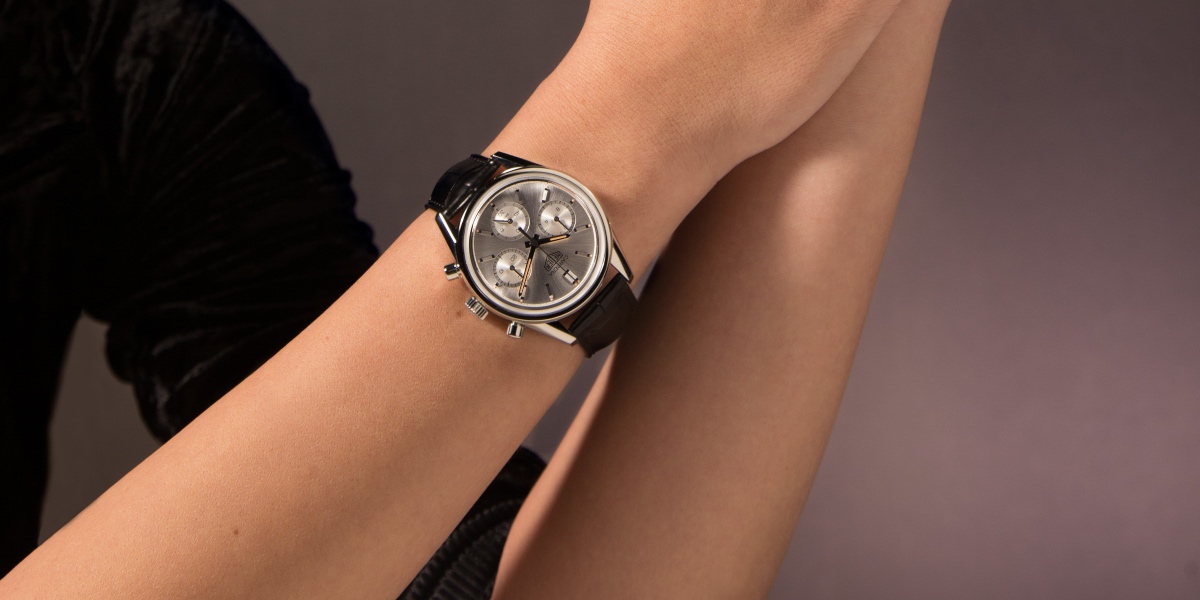 The name Carrera is so closely associated with TAG Heuer now that few stop to wonder about where it came from. It’s actually the name of one of the most treacherous road races in the world, the Carrera Panamericana. “Carrera”, in Spanish, simply means “race”, of any form. Then-CEO Jack Heuer, an auto racing enthusiast, first heard of this legendary race in 1962 and knew immediately that this would be the perfect name for his new timepiece. A year later, the first Carrera was born.

In celebration of the watchmaker’s 160th anniversary this year, the new Carrera looks back to its origin, offering fans an updated version of its renowned monochrome silver- dial model circa 1964. Honouring its predecessor’s pure and well-proportioned aesthetics, the watch is kept simple and fuss-free for drivers who need to tell the time at a glance during adrenaline-pumping races. Equipped with the brand’s Heuer 02 movement and measuring at 39mm (upsized from its original 36mm), the watch lends a sense of masculinity to smaller wrists, without being too rugged. There are only 1860 of them, the number being a nod to the year TAG Heuer was founded.