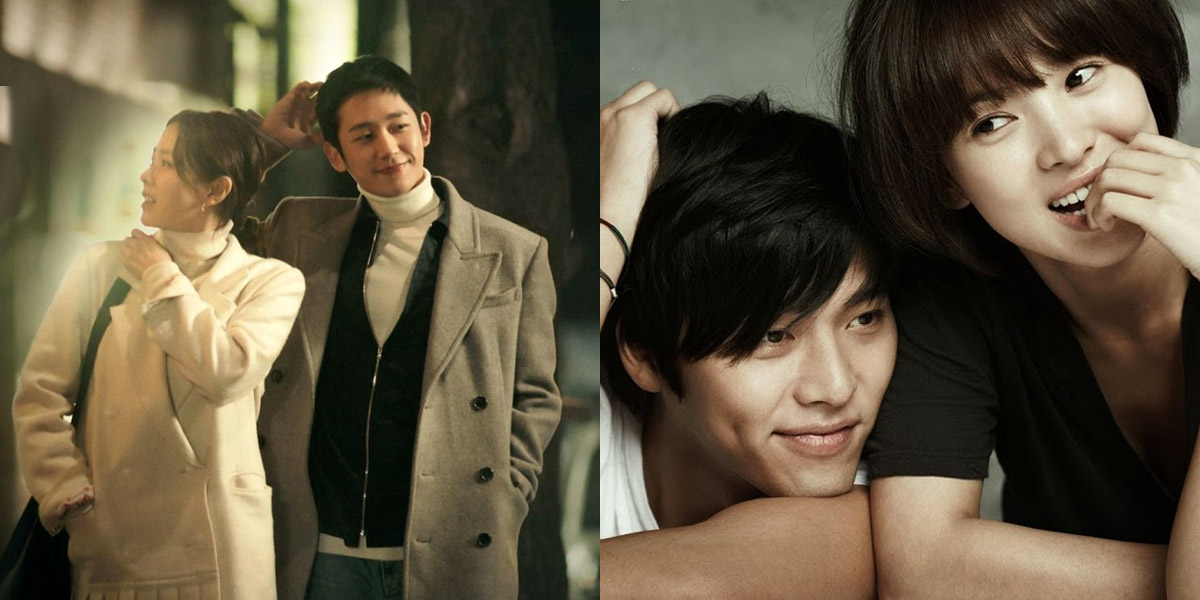 I don’t know about you but when the popular Korean drama, Crash Landing On You aired its final episode last weekend, I felt that feeling of emptiness that always comes when I complete a television series I love. You start thinking, “Well, what do I do now?” and you fall into a sort of existential crisis… No? Just me? Existential crises aside, the end of a television series is often a bittersweet one.

The unlikely love story between a South Korean heiress and a North Korean soldier has captured the hearts of many, achieving the highest TV ratings and smashing records. The palpable chemistry between top actors, Son Ye-Jin and Hyun Bin had me hooked from the beginning and its unique plot conflict that explores the tension between North and South Korea had me waiting anxiously for the next episode.

There might not be another K-drama like this one, just in terms of premise alone. However, to help you fill that void that Crash Landing On You has left, I’ve rounded up some of the best romantic K-dramas where the two protagonists share a similar chemistry. You won’t be able to help but ship these stars… HARD.

Something In The Rain

What is it: If you have been watching K-dramas for a while, you’ll notice that the dating rumours that currently surround Hyun Bin and Son Ye-Jin were similar to the ones that circled the actress and Jung Hae-In two years ago, at the height of Something In The Rain’s popularity. Truly an indication of how good an actress Son is, she especially excels in romantic roles where her relatability and authenticity shines through.

Released in 2018, the story revolves around a single woman in her thirties, Yoon Jin-Ah (played by Son) who rediscovers love in her younger brother’s best friend, Seo Joon-Hee (played by Jung). Jin-Ah leads an uneventful and seemingly empty life as she grapples with a mid-life crisis. Her life changes when she bumps into Joon-Hee, a graphics designer who returned to South Korea after being abroad for three years.

Why you should watch it: The series explores the dynamics of a modern Korean family and the struggles of a relationship where the woman is older than the man. Equally important is the chemistry that the costars have onscreen, which these two have PLENTY of. The intimate scenes of the two slowly falling in love with each other will have you squealing or crying. Because yes, it is that good.

What is it: Let’s bring it back to 2008 where we see a fresh-faced Hyun Bin and Song Hye-Kyo portraying a modern couple in a turbulent but passionate relationship. Worlds Within gained popularity when it first aired thanks to its star-studded (and drop dead gorgeous) cast and honest look into South Korea’s broadcasting industry.

Hyun Bin plays Jung Ji-Oh, a man from a poor family of farmers who worked his way to becoming one of South Korea’s most sought after directors. Song Hye-Kyo’s character, Joo Joon-Young is the complete opposite. Hailing from a rich but dysfunctional family, she got to her position as a director through hard work and being a cold and cut-throat career woman. In a case of opposites attract, the two grapple with their emotional baggage and past issues while juggling their demanding careers.

Why you should watch it: This series deviates from the usual K-drama tropes and give viewers an honest portrayal of relationship dynamics. Both protagonists are lovable despite their fatal flaws and you’ll find yourself rooting for them. Also, if you haven’t already fallen in love with Hyun Bin in Crash Landing On You, this drama is sure to do it.

What is it: Fresh after the insane success and hype of Boys Over Flowers, Lee Min-Ho starred opposite Son Ye-Jin in the romantic comedy, Personal Taste. The series follows the trials and tribulations of Park Kae-In (played by Son), a clumsy and naive woman who has questionable personal hygiene. Her long-term boyfriend takes her for granted and eventually cheats on her, leading to a heartbreak for Kae-In.

Enter Jeon Jin-Ho (played by Lee) a cynical and cold architect who is struggling to keep his small firm afloat. The two cross paths and in a series of zany and hilarious events, Jin-Ho pretends to be gay and moves into Kae-In’s home. Which I realise sounds extremely problematic, but you’ll have to watch the series to find out how this strange situation came about.

Why you should watch it: Son Ye-Jin shines in this lovable role and you can’t help but ship the unlikely couple. It has everything you’d want in show, great characters, wonderful chemistry between the stars, hilarious script and a heartfelt message. Also, keep in mind that this K-drama was TEN years ago and Son looks pretty much the same. Like, how?

What is it: In my humble opinion, this is one of Park Seo-Joon and Park Min-Young‘s best performances in a television series. This light-hearted K-drama is equal parts hilarious and romantic. Park Seo-Joon plays Lee Young-Joon, an ambitious Vice Chairman of a major corporation with an eccentric and narcissistic personality. Due to his troubled past, Lee has developed quirks that makes him a tough person to work for. Despite that, his secretary, Kim Mi-So has stuck with him for 9 years and has pretty much become his right-hand person. The plot begins when Kim decided to quit her job, catching Lee completely off-guard.

Why you should watch it: You know what they say, you don’t know a good thing until it’s gone. It’s a simple message but wonderfully delivered by this off-kilter style drama. I dare you to not fall in love with Park Seo-Joon in this one. Both his character and Park Min-Young’s share such a symbiotic relationship that the audience can’t imagine them being apart. Park Min-Young’s portrayal of Kim Mi-So is also very empowering, going against the stereotype of secretaries.

What is it: For those looking for a K-drama that tugs at the heart strings, don’t look further. It’s Okay That’s Love stars the charismatic Jo In-Sung and brilliant Gong Hyo-Jin. Jo plays Jang Jae-Yeol, a popular radio DJ and bestselling author who suffers from obsessive compulsive disorder (OCD). He meets Ji Hae-Soo a psychiatrist who is on her first year of fellowship. She is extremely career-focused and cynical towards the idea of love.

The two log heads initially due to their strong personalities but eventually discover that their differences actually complement one another. When Jang’s past traumas start to surface, he struggles to cope and eventually began to rely on Ji’s psychiatric background.

Why you should watch it: Prepare your tissues, ladies and gents! This one is a doozy. Garnering critical acclaim for addressing mental health issues in conservative South Korea, It’s Okay That’s Love explores different mental disorders while telling an endearing love story between two broken people.

There are so many twists and turns to the plot that I never saw coming. Furthermore, both Jo In-Sung and Gong Hyo-Jin portrayed their characters with such incredible authenticity that you can’t help but root for them as a couple.