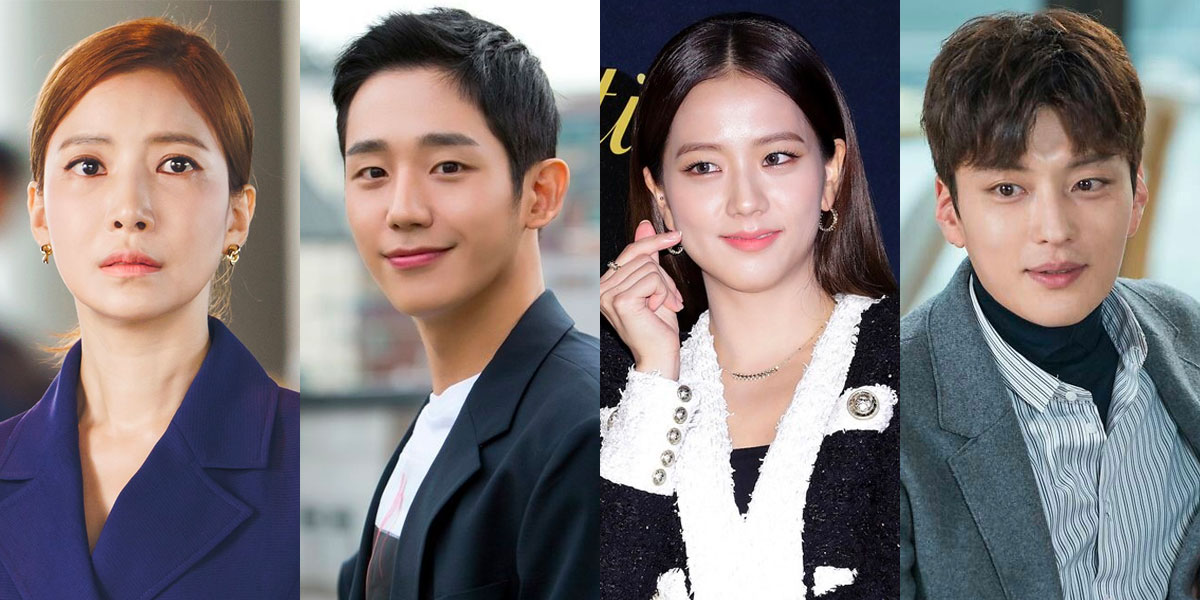 Update: As if we aren’t already hyped enough about BLACKPINK’s Jisoo‘s first lead role in a Korean drama, news broke yesterday regarding the male lead who will be starring opposite the 25-year-old idol and it’s none other than “It” actor, Jung Hae-In.

On 5 October, South Korean television network, JTBC confirmed the cast that will be joining Jisoo in this project and they include Something In The Rain‘s Jung Hae-In and Jung Yoo-Jin, SKY Castle‘s Kim Hye-Yoon and Yoon Se-Ah and Encounter‘s Jang Seung-Jo. Truly the visuals and acting chops on this project is top notch as stated by the producers of this upcoming K-drama tentatively titled Snowdrop, “As we have gathered a team of actors who have both top-class acting skills and visuals, we will greet our viewers with an especially high-quality drama.”

Set in Seoul of 1987, Snowdrop is a love story that blossomed at a University dorm between a mysterious student who grew up in Germany named Im Soo-Ho (played by Jung) and carefree local student named Cho Eun-Young (played by Jisoo). The two meet when Soo-Ho bursts into the campus’ female dormitory one day, covered in blood. Eun-Young fell in love with him at first sight and tended to his wounds as she figures out how he got so badly hurt.

Original, 19 August: 2020 has been tough on many but for fans of BLACKPINK, this year has come with some major silver-linings. With their hotly anticipated album dropping just around the corner, a record-breaking new single “How You Like That” and a collaboration with Lady Gaga and Selena Gomez, this is truly BLACKPINK’s year. To cap it all off, it has recently been confirmed by South Korean news outlet MyDaily that Jisoo, one quarter of the top K-pop girl group, will be taking on the lead role in a brand new K-drama tentatively titled Snowdrop.

Adding to the buzz is the fact that Snowdrop will be directed and written by the people behind the hugely successful K-drama, Sky Castle. Screenwriter Yoo Hyun-Mi and director Jo Hyun-Tak made waves when Sky Castle was released in 2018 with Jo winning the 55th Baeksang Arts Awards for Best Director. The TV show struck a chord in Korean society as it focuses on the pressures that students go through and the lengths parents will go to secure their children a space in South Korea’s top universities, questioning the real value of education and the overemphasis of status in South Korea’s elite. So much so that it received the second-highest-rated drama in Korean cable television history.

Jisoo’s talent agency, YG Entertainment also confirmed the news with the statement, “It’s true Jisoo will be appearing in Snowdrop,” causing fans to lose their minds on Twitter. While this isn’t Jisoo’s first foray into acting, this is her first lead role. Her last acting role was in the blockbuster fantasy drama, Arthdal Chronicles where she played Sa Ya’s (played by Song Joong-Ki) first love Sae Na-Rae.

Snowdrop is still in it’s pre-production stages but is set to be aired on South Korea’s broadcasting network, JTBC.

Stay tuned for more updates as they come in!