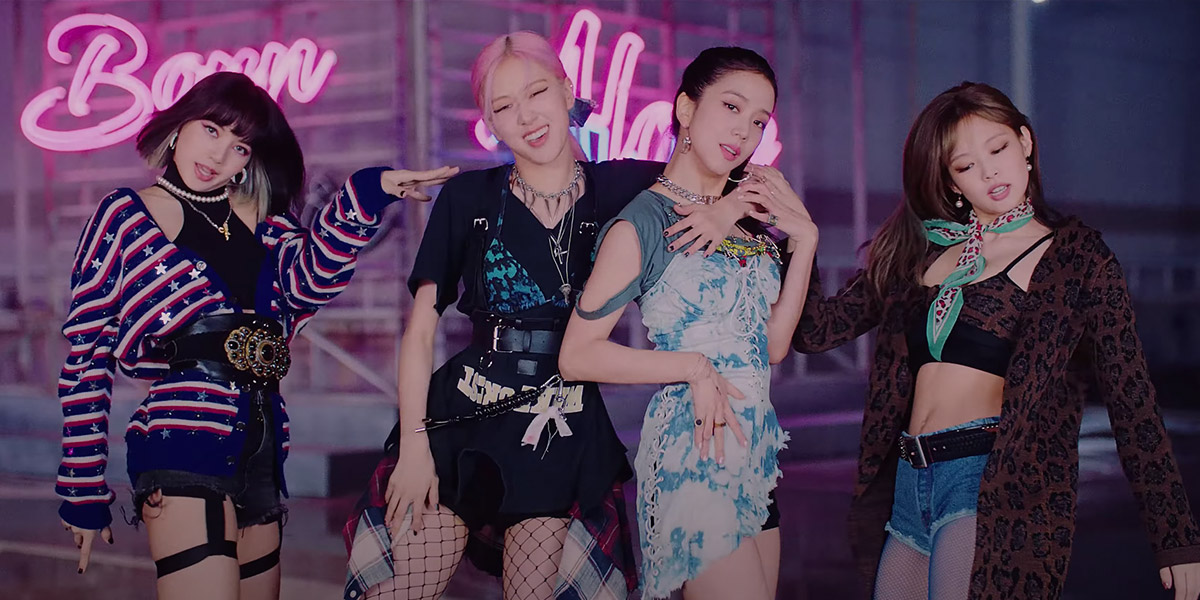 On the heels of their first album, high profile collaborations with Selena Gomez and Cardi B, and an October ELLE US cover, Blackpink is gearing up for another milestone: The release of their very own Netflix documentary. The first trailer for Blackpink: Light Up the Sky has arrived and it offers an intimate look at the four members—Rosé, Jennie, Lisa, and Jisoo—during the most successful year of their career so far.

Blackpink’s documentary will be released on Wedneday, October 14, just days after their eight-track debut album The Album hit the top of iTunes. This new project offers the group’s legion of devoted fans (known as the BLINKs) unprecedented access into Blackpink’s musical process and joint living situation.

Years before their 2016 debut, the women of Blackpink were trained in an intensive pop-star boot camp which included a dorm-style living arrangement. “We all lived together since the beginning,” Jennie told ELLE. “After our training time was over, we’d go home together and order food, talk about how scary the teachers were, how the work was too much. And just like how kids at school become friends, we just got along. It was very easy—we didn’t really have to try.”

BLACKPINK: LIGHT UP THE SKY is directed by Caroline Suh (Salt, Fat, Acid, Heat) and explores their rise in popularity and the private challenges of new fame. Here’s how Netflix describes the doc:

As Blackpink continues reaching new heights in their career—from headlining sold-out world tours to becoming the first female Korean group to perform at Coachella—each member reflects on the ups and downs of fame and the long, often challenging journey that brought them to worldwide success. BLACKPINK: LIGHT UP THE SKY reveals the relatable, unfiltered sides of the foursome, who continue to be a leading force in expanding K-pop’s popularity, proving that music knows no borders or language barriers.

The first trailer also includes concert footage from Blackpink’s latest world tour, a nostalgic inclusion for fans who’ll have to wait several months for any new live shows. But when the group can safely perform their new album on tour, Jisoo told ELLE they’re more than ready. “We’re moved by our fans,” she said. “We feel their sadness and happiness. We’re deeply connected.”