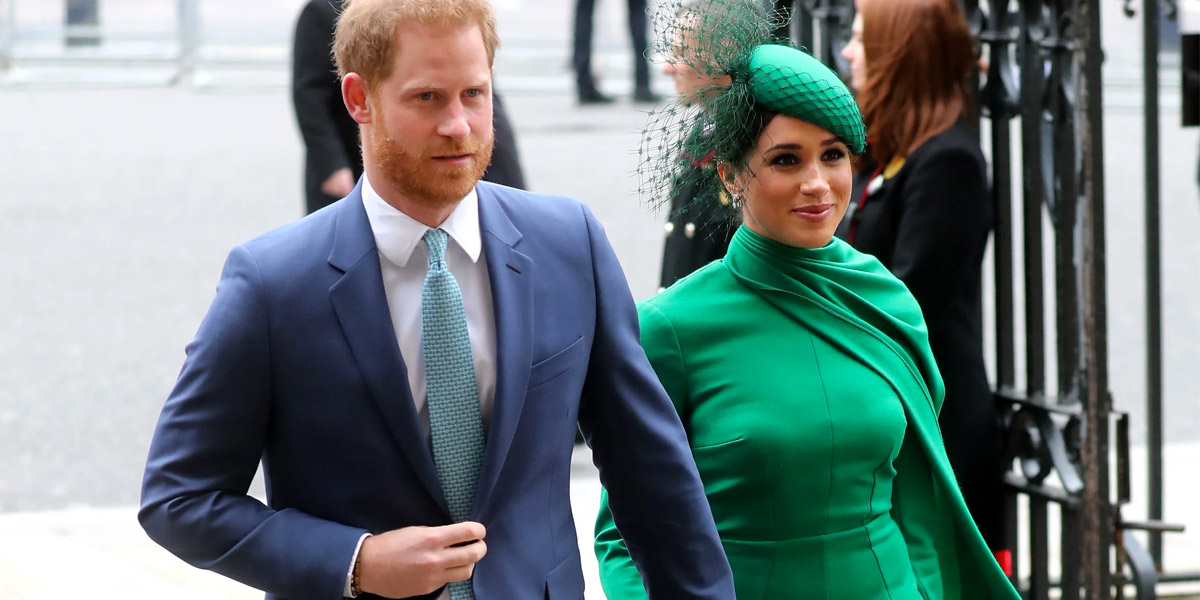 If you remember all the way back to March 2020, Meghan Markle and Prince Harry joined Prince William, Kate Middleton, and the Queen at the Commonwealth Day Service. This was Meghan and Harry’s last appearance as working royals.

Apparently – according to royal author Robert Lacey’s new book Battle of Brothers – all was not what it seemed.

But first, a little background. The initial plan was for Kate and William to walk into the event with the Queen, Prince Charles, and Duchess Camilla, while Harry and Meghan were supposed to take their seats ahead of them. The Daily Mail revealed at the time that Meghan and Harry were ‘quite sensitive and emotional about it,’ and that William and Kate ‘stepped in to defuse the situation’ and offered to join them in their seats instead of walking in with the Queen & co.

But here’s the thing: Lacey reports that programs announcing the order of procession—and revealing Harry and Meghan’s snub—had already been distributed to everyone in the building ahead of their arrival.

“The only problem was that 2,000 orders of service had already been distributed round the Abbey, explaining that William and Kate would enter and process with the main royal party—and making no mention at all of Harry and Meghan,” Lacey writes, per Newsweek. “So there was the snub in black and white—set out for all to see. Observers also noted that Harry’s face was ‘quite tense and unsmiling’—and that when William sat down close to him, he barely greeted his brother. Throughout the service, Meghan megawatted away with her best TV smile but, as the ceremony progressed, Harry appeared to grow gloomier. According to one observer, ‘his accelerated blinking even suggested he might have been fighting back tears.'”

The couple formally stepped down as senior royals on March 31st and have since spent much of their time in California, recently buying a new home in Santa Barbara.