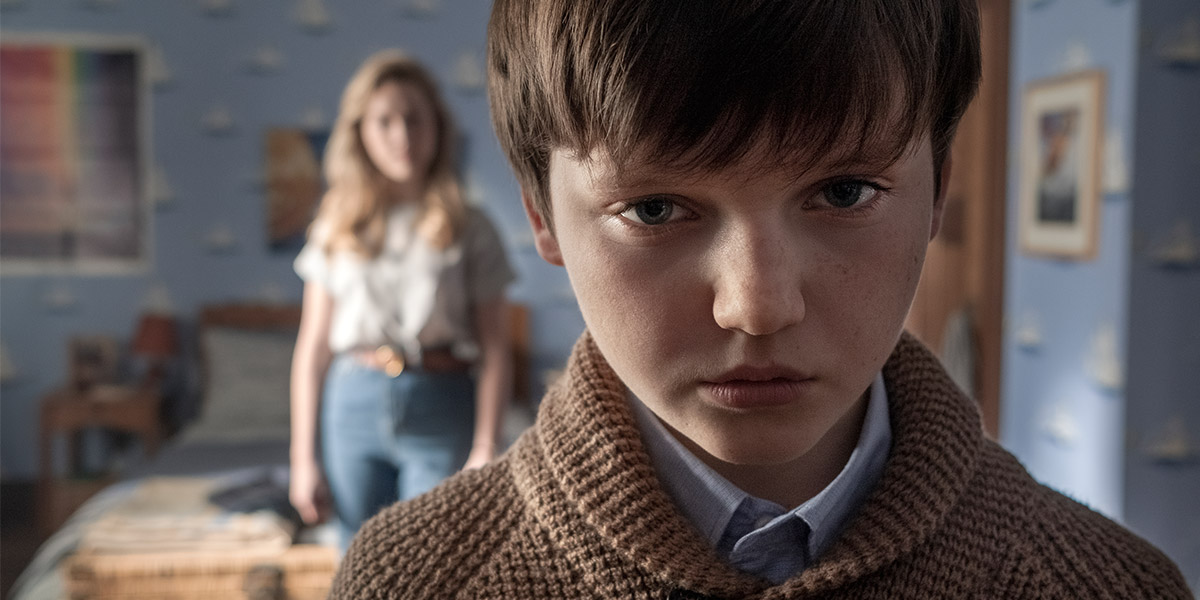 The Halloween season is upon us and this means… Making our annual pilgrimage to Universal Studio Singapore for their Halloween Horror Nights. Unlike the previous years, HHN 2020 will not be happening this year as Miss Rona is still on her world tour (just end already). While for many of us, this is going to be an unusual year without screaming our lungs out at the innocent actors at USS with our friends, we could still meet up (not more than five please) and get into the spirit of the season with these upcoming Halloween shows and movies on Netflix, or we could just spend this year’s Halloween with our family.

This movie is a sequel to the 2017 horror-comedy The Babysitter and the story goes that Cole (Judah Lewis) has to re-live his traumatic experience of facing his satanic babysitter and her demonic friends but this time with the “help” of his long-time crush, Melanie (Emily Alyn Lind). Though the movie may seem like a generic horror movie, its high-octane comedy and plot twists make it stand out from the rest and is even entertaining that the first movie.

The Babysitter: Killer Queen is already available on Netflix.

Hubie Halloween features an eccentric community volunteer, Hubie Dubois (Adam Sandler), who spends every Halloween ensuring that the residents of his hometown, Salem are safe and play by the rules. Though not exactly the most popular guy in the neighbourhood and often the icon of mockery and ridicule, it is up to Hubie (and his retractable thermos flask) to save his townsfolk from the impending horror of a killer on the loose this Hallow’s Eve. Rated PG, this is the perfect movie for a family night.

Hubie Halloween will be available on Netflix from October 7, 2020.

3. The Haunting of Bly Manor

Slated to be one of the most anticipated horror series of this year is The Haunting of Bly Manor which is the follow-up series to the hit horror series, The Haunting of Hill House by Mike Flanagan. The first of this anthology series was based on the classic horror novel by Shirley Jackson and this time, the spotlight goes to Henry James’ gothic horror novella, The Turn of the Screw that is set in 1980’s England. The new series will see familiar faces like Victoria Pedretti and Oliver Jackson-Cohen as the leads and they will be joined by other stars like Kate Siegel and T’Nia Miller.

The Haunting of Bly Manor will be available on Netflix from October 9, 2020.

4. A Babysitter’s Guide to Monster Hunting

At the heart of Halloween, it is really about the kids having fun and Netflix understands this point. What’s better than reading your favourite novel? Of course, it is to WATCH it come to life just like this upcoming movie that shares the identical name with the popular children book series. The story is about an underground society of babysitters who are tasked with protecting babies with superpowers from evil monsters. This movie is sure to be a hit amongst the little ones in your family and it’s also a great way for them to join in the spooky season too.

A Babysitter’s Guide to Monster Hunting will be available on Netflix from October 14, 2020.

Gothic fiction fans seem to be hitting the jackpot as Netflix has added another movie to the list.  Rebecca, is an adaptation of the iconic novel of the same name by Daphne du Mauirer. Starring Downton Abbey and Mama Mia! Here We Go Again actress Lily James and Call Me By Your Name actor, Armie Hammer, this movie sees the two as newlyweds and James’ character moving into her husband’s estate. She must also navigate through the malicious plans of the housekeeper, played by Kristin Scott Thomas, who seems to have a connection with the man’s deceased first wife. This haunting yet romantic movie will surely have you glued to your screen.

Rebecca will be available on Netflix from October 21, 2020.

While the central theme of this movie is horror, His House, also explores social issues faced by asylum seekers. The plot of the movie involves a refugee couple, played by The Huntsman: Winter’s War actor, Sope Dirisu and Fantastic Beast And Where To Find Them actress, Wunmi Masaku, from Sudan who has been granted a house in England. Soon after moving in, they experienced many paranormal activities — the classic horror movie progression. But what makes this movie a standout at the Sundance festival is the exploration of the social issues faced by refugees such as racism and culture displacement. Perhaps what is most horrifying is not the supernatural but the real-world conflicts and problems of these refugees.

His House will be available on Netflix from October 30, 2020.

After the thrilling success of the first volume earlier in July this year, Netflix is releasing another batch of episodes coming this October. This show is actually a reboot of the same series that ran from 1987 to 2002 with over 500 episodes and helped solve about 200 cold cases. For this new season, it is said that more international cases are going to be featured and the cases presented are going to be even more cryptic. Join in with the investigations and you never know, you might just be the Sherlock Holmes that the cases needed.

Unsolved Mysteries: Volume 2 will be available on Netflix from October 30, 2020.