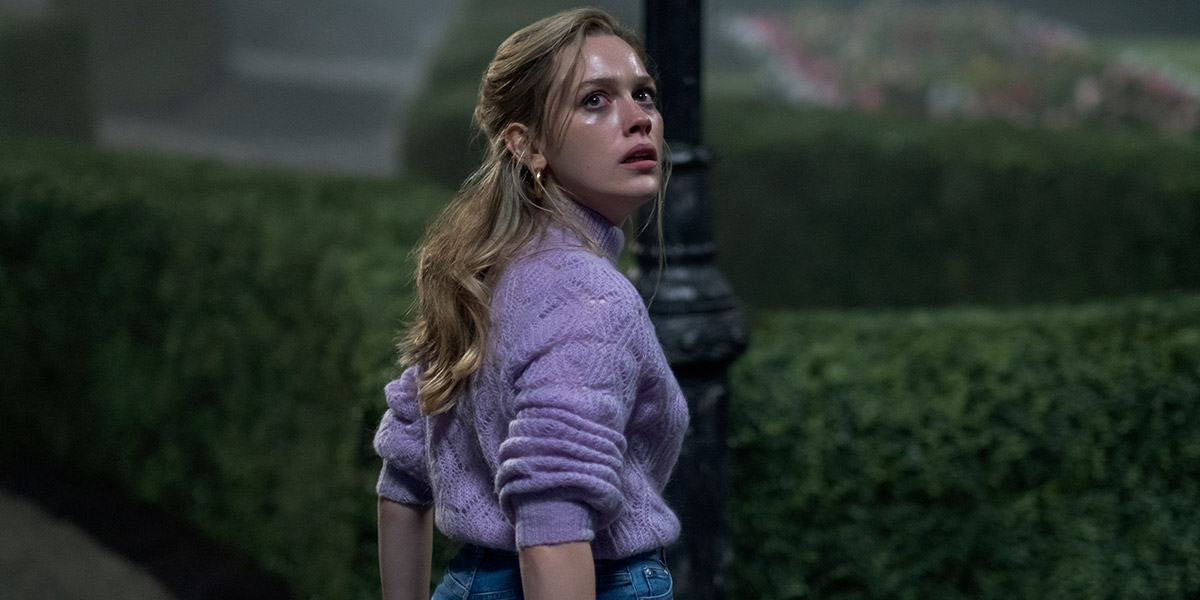 Netflix’s The Haunting of Hill House was a reimagining of the classic novel by Shirley Jackson, transporting the action into the modern day and focusing its horror narrative on one family’s generational trauma. The follow-up series, The Haunting of Bly Manor, is also a psychological ghost story based on a book, although its source material is a little more varied than Hill House. Here’s all the details you need to build a Bly Manor reading list.

The series is mainly based on Henry James’s 1898 novella The Turn of the Screw, which has been adapted numerous times over the years—most notably by Jack Clayton in his acclaimed 1961 film The Innocents, and most recently by director Floria Sigismondi in this year’s The Turning. The Turn of the Screw was initially published in serialised form by Collier’s magazine between January and April of 1898. This was very common at the time, and it’s the way a lot of iconic British fiction began, including Charles Dickens‘s first novel The Pickwick Papers and Arthur Conan Doyle‘s Sherlock Holmes stories.

The Turn of the Screw tells the story of a young, unnamed governess who arrives at a remote manor house in the English countryside, where she’s taken a job caring for a newly orphaned brother and sister. Although she’s charmed by the idyllic, bucolic setting of the house and its sprawling grounds, the governess becomes increasingly unsettled as she starts experiencing strange visions and realises the house is haunted. That synopsis broadly describes at least some of what happens in The Haunting of Bly Manor, although creator Mike Flanagan and his writing team expanded the story and characters significantly, adding a lot of new elements to create a rich nine-episode series.

“The backbone of Turn of the Screw is about children who don’t have a family,” Flanagan said on the Bly Manor set earlier this year. “I’m very drawn to stories of family and trauma, and this is kind of about an improvised family, a family that is pulling itself together. There is trauma, but it’s not that kind of existential trauma that we dealt with in the first season.”

Flanagan & co. also drew on source material beyond The Turn of the Screw—in fact, there are references to numerous Henry James works in the show, and every episode is named after one of his short stories.

“One of the unique things about this season is that while we’re using The Turn of the Screw as kind of the backbone of it, we’re also digging into all of the other Henry James ghost stories,” Flanagan said. “Turn of the Screw’s been adapted so many times that it’s really hard to make that feel fresh, but once we opened it up to the rest of his work, and a lot of it that’s never been adapted, there’s just a lot more to pull from.”

Without spoiling anything specific about the season, there are a few James short stories that are particularly important to the story. One is The Romance of Certain Old Clothes, which tells the story of two sisters whose romantic rivalry spirals into otherworldly tragedy. Another is The Beast in the Jungle, which follows a man who is overwhelmed by a feeling of doom, certain that his life is fated to end in a catastrophe. And the third is The Jolly Corner, which centres on a man who returns to his childhood home and finds it haunted by his alter ego—a physical manifestation of the man he could have been if he had made different choices.

“You can really see the seeds that Henry James planted that then rippled throughout horror fiction,” Flanagan said of digging back through the James canon for the new season. “Shirley Jackson was clearly inspired quite a bit by Henry James, and Stephen King was inspired by Shirley Jackson. It’s been really cool to go all the way back to the beginning, and be able to identify these threads that have been with the genre ever since.”