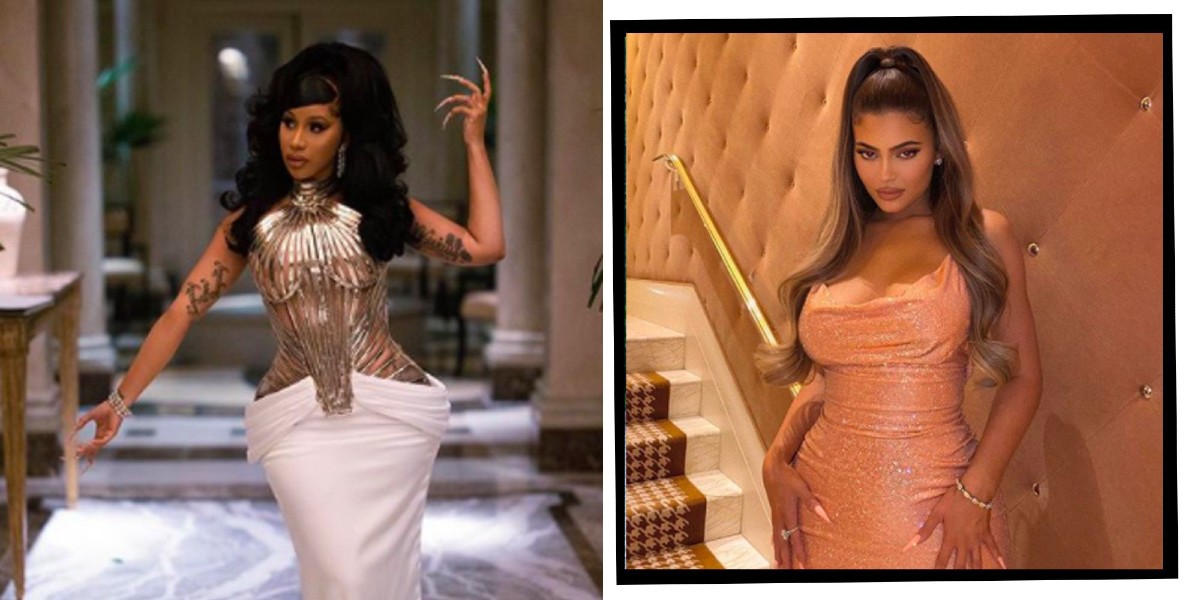 On Sunday, the musician shared a video of the incredibly pricey bag on her Instagram Stories and thanked the beauty mogul for her generosity.

‘Look at this Birkin! Thank you, Kylie Jenner,’ the birthday girl said on her Instagram Story while unboxing her leather goods.

‘Oooh, powder blue! I know I got a bathing suit to match this sh*t…’ she added and captioned the clip: ‘Omggg Thank you @kyliejenner haaannn rockin it tomoorrraaa.[sic]’

It’s likely Jenner and Cardi B became friends after the 23-year-old made a cameo in the singer’s ‘WAP’ music video with Megan Thee Stallion.

The bag is one of several Birkins Cardi B owns.

On average, a Birkin is believed to costs anything from $40,000 to $500,000 and is an incredible financial investment, as Drake – who has previously admitted to collecting the leather bags for ‘the woman I end up with’ – knows all too well.

Last month, the singer launched an Instagram account for her daughter, Kulture, and shared a video of her walking with her tot. In the clip, Cardi carries a pink Hermès Birkin bag while her daughters holds a miniature version of the design worth approximately £6,300.

The post came weeks after she defended her ex-husband Offset’s decision to purchase a pink Birkin bag for the toddler’s second birthday earlier this summer.

‘Yeah, kids only care about toys and candy, but the thing is, the kids also go outside,’ she told her Instagram followers. ‘You know what I’m saying? Kids go to restaurants, kids go to fancy places, celebrity kids, they go do red carpets. And if I’m fly and daddy’s fly, then so is the kid. [sic]’

Over the weekend, Cardi B headed to Las Vegas to celebrate her milestone birthday and partied the night away with her famous A-list friends like Jenner, Megan Thee Stallion, Mayweather, Meek Mill, The Weeknd, and Teyana Taylor, reports Just Jared.

In addition to her Birkin, Cardi also received a billboard of herself which her fans believed was gifted to her by her ex-partner, Offset.

‘Thank you sir 😏😏😏I love it,’ she captioned a video of her billboard which has the message ‘Happy birthday mummy love, Kulture [sic]’ written on it.

Cardi filed for divorce from Offset and asked for a ‘dissolution of marriage’ last month.

Explaining their break-up on Instagram Live, she recently said: ‘Every single time that this guy has been so crazy, so f*cked up and it hits the media, I’m always crying, always sad because I don’t like that type of sh*t.

‘This time, I wasn’t crying. You want to know why? The reason for my divorce is not because of none of that sh*t that ever happened before. It’s not because of cheating.’