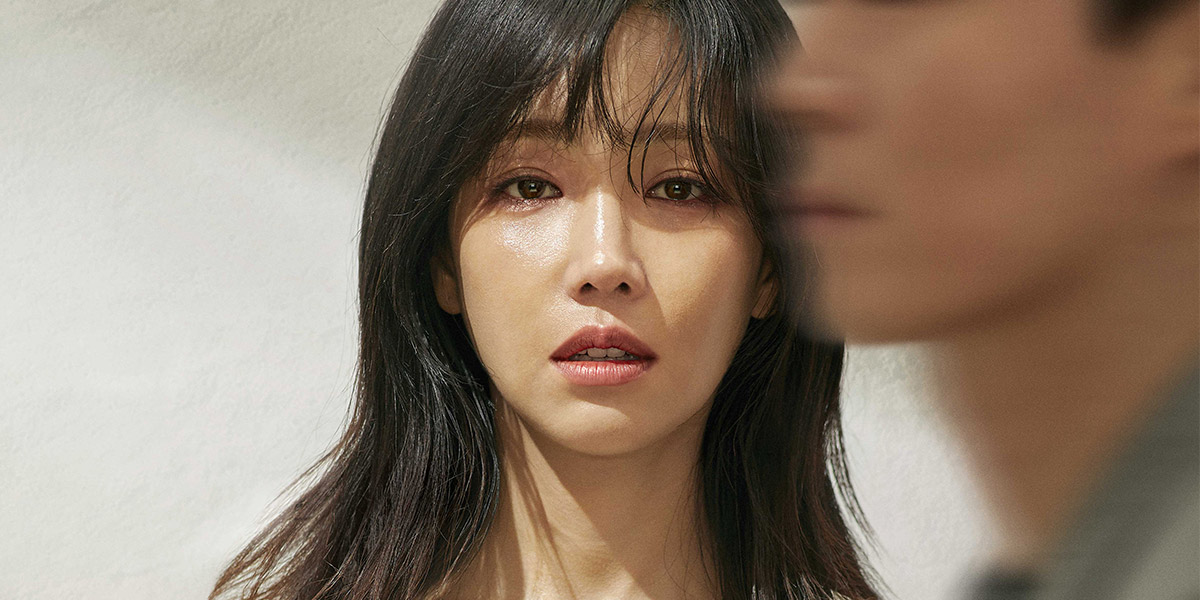 I don’t know about you, but to me, nothing hits the spot like a good thriller. We all love a good melodramatic, romance-filled story line. However, mysteries with edge-of-seat suspense reign supreme in making me binge a series in a single seating. Recently, I’ve been hooked on the currently airing K-drama, Lie After Lie.

It tells the story of Ji Eun-Su (played by Lee Yoo-Ri), a woman who appears to have it all. After marrying into a chaebol family, she assumes that the rest of her life will be a breeze. However things took a dark turn when her husband is murdered, she is sent to prison – with a court finding her guilty of killing her spouse.

Unfortunately, the complications don’t end there. She is pregnant, and gives birth to a baby girl while in jail. The child is taken away from her and given to foster parents, with her adoptive father Kang Ji-Min (played by Yeon Jung-Hoon), a kind-hearted, justice-loving journalist. When Kang Ji-Min finds himself alone and taking sole care of the young girl, Ji Eun-Su – now free from prison – concocts a plan that she believes will reunite her with her daughter. She will find a way to win Kang Ji-Min’s heart – and become her own daughter’s stepmother. But the truth has a way of coming out… and when it does, how will her new family react?

ELLE Singapore sits down with the cast to talk about the challenges of filming due to Covid-19, favourite episodes and more.

Congratulations on the successful premiere! What goes through your mind when you hear that Lie After Lie has been smashing the ratings?

Yeon Jung-Hoon: I was so happy that the ratings increased by a lot. It was great, and I’d like to thank the audience a lot for showing interest in us. As mentioned about the difficult parts in the first question, the fact that we can’t meet and talk about things with the actors in the midst of such great interest is pretty regrettable for us. I hope the audience will continue to watch the episodes that will be aired in the future.

How was it like filming this drama series during the COVID-19 pandemic?

Yeon Jung-Hoon: The hard part about the pandemic was that it was difficult to film so that citizens could not be harmed. And since there are a lot of parts that are exposed to virus infection, we took care of not only our daily lives, but also the areas where we had to be careful not to get infected with the virus. It was a difficult time for all of us, so I think we were all very careful when filming. If there was anything that was regrettable, it would be that we couldn’t have our post-production party.

Lee Il-Hwa: Honestly, I at first was worried that the shooting would suddenly come to a halt. But what made me more worried was the scene of the field staff wearing masks and working hard through day and night in order to produce a good drama despite the harsh and hot weather. Seeing that, I took the photo of the scene, hoping that Covid-19 can end soon. The crew members worked so hard, but thankfully, I was able to finish smoothly without any problems until the end.

Lee Yoo-Ri: Due to Covid-19, there were instances where we couldn’t film for a few days and although  that made me afraid, everyone has been keeping their masks on and regularly having their  hands sanitised and temperatures checked while putting effort into the filming. It was difficult for me as the scenes where Eun-Soo was smiley and happy were short  lived and there were a lot of scenes filled with emotions throughout. We do cope with it  by speaking to our fellow actors when the camera stops rolling.

Kwon Hwa-Woon: Since it is a production that many crew members and actors created in collaboration, there were many difficulties that we have faced such as finding locations or situations that happen onsite. However everyone was able to safely finish the shoot by following hygiene and safety rules.

What’s one message you wish the audience would take away from this new television show?

Lee Il-Hwa: I have learned that “a sin gives birth to sin, and the sin is passed down”. If bad lies are continuously being told, wouldn’t it be better not to tell lies starting from me? That was what I thought. A lie is bound to be exposed one day. I think that lying is useless. Also, if I were to point out one more thing, I had the thought that the twisted love for my child would destroy not only my child but also my whole life. Because my child will not stay in my arms forever. I came to think that it would be desirable for parents to respect their children as a person and guide them to the right path, not as if they own them.

Lee Yoo-Ri: Although I have been aware of the need to protect and love children, I have felt the need  to do so even more so as I went through filming with Na Hee(Woo Joo) this time.

What do you think are the points the audience should take note of while watching Lie After Lie?

Kwon Hwa-Woon: Since it’s a suspense drama, the audience will see a lot of stimulating situations, however it also contains true and warm love that can be seen in our daily lives. All the actors and staff have worked passionately to convey the sincerity of love between people and between parents and their children and touching the audience with it.

Yeon Jung-Hoon: I personally think it’s the emotions of the actors. Because each character has of each other and their reasons for thinking so, I think they drew their emotion line well. I think the actors were faithful to their expressions, which have contributed to the visual aesthetics and performance of the production.

What are some preparations you did for this drama series?

Yeon Jung-Hoon: Kang Ji-Min’s role is important for the melodrama between him and Eun Soo, but I actually thought that his relationship with Woo Joo was the most important. Therefore, the father-daughter relationship between him and Woo-Joo, and him as a father who is a fool for his daughter. I have placed focus on this part while preparing for my role.

Lee Il-Hwa: I think the reason why a character commits an evil deed should be understood and accepted  by the actor first in order to establish justification on their part so that audience can see the  character as a villain. That was why I spent a lot of time trying to figure out why “Ho Ran”  in the play was forced to do evil deeds. I started to think about what thoughts my character  might have in life and then later ended up thinking, “I probably didn’t have a choice but to  do so”. It wasn’t easy to control my mind in such a way, but I understood my character and created Horan based on that understanding.

Lee Yoo-Ri: Although I have been aware of the need to protect and love children, I have felt the need  to do so even more so as I went through filming with Na Hee(Woo Joo) this time.

Kwon Hwa-Woon: Besides training in acting, the character I play is an American born professional golfer and due to that, I had to put effort into receiving golf training, conversational English classes, and also high-intensity weight training before the shoot began.

What are your favourite moments while filming this drama?

Lee Il-Hwa: I really wanted to work with Lee Yu-Ri, but when I got the chance to act alongside her, seeing  how immersed she was in her role got me really immersed in mine too.

Also, I remember an anecdote with actor Yeon Jeong-Hoon. He seemed to be quiet and  serious, but he had organised a get-together with the actors. He was a pleasant and fun  person to be with. We met at the next shooting and I remember laughing and having NGs (bloopers)  because I remembered how we were at the get-together.

Lee Yoo-Ri: In order to play the character of Eun-Soo, I did go on a diet and made changes to my  physical appearance, along with a lot of focus on the motherly aspect of my character.

How far do you resonate with the characters you are playing?

Lee Il-Hwa: A parent’s heart, i.e the mind of a parent’s when it comes to thinking of their child, is the  biggest part of life. I can resonate with about 30 percent of the love a mother has for her  child?

However, I do not live with a lot of greed, but I tend to desire a life with people who are  compatible with me, so it was hard for me to do evil in order to satisfy all my desires like a  tiger. (laughs)

Yeon Jung-Hoon: The reason why I was attracted to Kang Ji-Min was that he was involved in a big incident and when he met his beautiful adopted daughter’s biological mother by chance. At my age, I was able to play a role in a melodrama with events that happen simultaneously and therefore seemed attractive to me. Also as the drama goes on, Ji-Min’s emotions start to stand out. I thought it would be fun to express such bits and therefore decided to try out the role.

What was the reason why you chose to do this drama?

Lee Yoo-Ri: The previous production that I was a part of was a comic one and this time it is a  suspenseful melodrama with an interesting story that is also thrilling. After the 4th part of the drama, I was able to act in a completely different way and that was what attracted  me to it.

I have wanted to try out different forms of acting and was deeply inspired by the movie called Ditto, directed by director Kim Jeong-Kwon and therefore wanted to have a chance at working with him.

Kwon Hwa-Woon: I was attracted by the fact that I could express my love for someone through my character. The character I play lives a splendid and wonderful life as a world champion in golf, however for the sake of a loved one, he has been honest and pure enough to be willing to give up everything he has.

What are your favourite moments while filming this drama?

Yeon Jung-Hoon: The Lee Yoo-Ri, whom I met again after 17 years, was the most memorable to me. We met for the first time in a long time while filming and since we have played our roles as a couple in our previous productions, we looked at each other’s different sides and created a different production while having fun filming on set. The director was very funny and so we have created a lot of scenes with him and added parts that weren’t in the script. Also, like biological daughters and fathers will, Woo-Joo and I played a lot of pranks on each other and that was very memorable.

Lee Yoo-Ri: The scene where we filmed in a prison was my favourite scene.

Kwon Hwa-Woon: Every moment of myself acting alongside Lee Yoo Ri whom I respect a lot, was an honourable and enjoyable one. I have learned a lot from her and I would be glad to have another chance to work alongside her again.

Lie After Lie is currently available to stream on Viu Singapore.