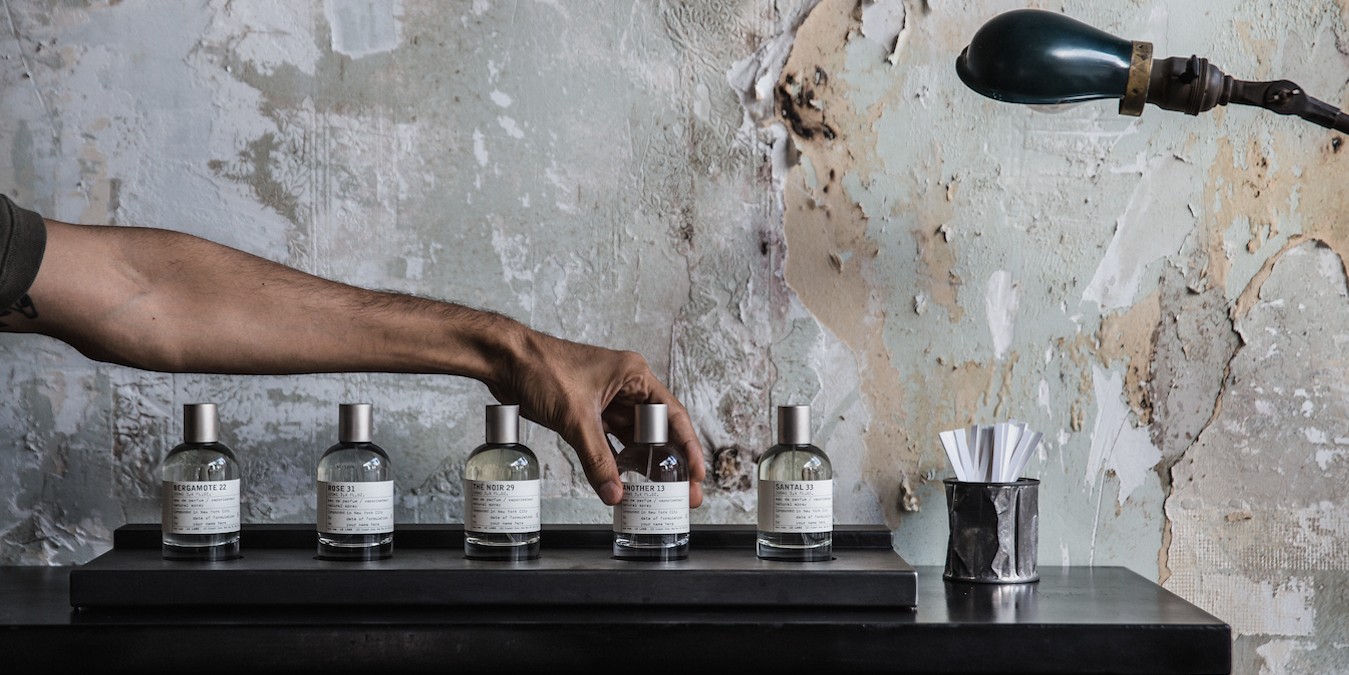 Google Dictionary defines the of the word ‘cult’ as “a person or thing that is popular or fashionable among a particular group or section of society”. Does Santal 33 ring a bell? Cue imaginary whiffs of the figgy, leathery, scent — the same one that the whole of SoHo smelt like; the aroma filling every hotel lobby and bar, and is the signature scent of just about every other fashion or beauty person in-the-know.

The enthusiasm took the founders of Le Labo, perfume designers Fabrice Penot and Edouard “Eddie” Roschi, by surprise, for never in their wildest dreams had they expected the humble creation — which was dropped from the launch collection — to trigger such a wave. Santal 33 had its roots as a Santal 26 candle, which received not just overwhelming response (J. Lo presumably orders an average of 50 jars monthly), but had people so intoxicated, they devised ways to wear wax as perfume. In 2010, to the delight of earnest fans, the skin-friendly fragrance Santal 33 was presented, concocted to smell just like the candle, but nobler and denser.

Undoubtedly, the scent quickly became the cash cow of the brand — but it does beg the question, for an indie label that takes pride in being artisan, what’s it like seeing a creation go commercial and (in hushed tones)… mass? In an exclusive interview with ELLE Singapore, co-founder Fabrice Penot shares his bittersweet feelings, and discusses individuality, craftsmanship, and what’s it like to be a co-creator of a cult scent.

Please share with us the story behind Le Labo.

The perfume world has changed in the last 15 years. Back then, there was very little choice in perfumery for someone who was tired of the marketing tricks played by most brands and wanted to wear a great, unique and creative perfume.

We wanted to propose an alternative — not only in the perfume itself, but also by showing the backstage of perfume creation sharing the craftsmanship behind a true fine fragrance. By working with the best artisans and partners in the world, by freshly hand-preparing every perfume to the order, by a permanent reverence to craftsmanship, we decided to challenge the perfume status quo. We launched our first boutique in Nolita, New York City, in 2006. We had 10 fragrances at that time including Rose 31 and Bergamote 22.

When designing scents, what is your thought process like? What are you inspired by?

We are inspired by beauty, as a large sense of the word. Meaning as the ultimate source of emotion. The process starts with this sparkle, then you go to the lab trying to channel and shape this intangible inspiration with several ingredients, and then it is a back and forth of a few years: wearing, smelling, feedback, rework etc. Some of our perfumes were born after more than 400 modifications, some less than 50. You never know when the magic will happen. It requires a lot of trial and error as well as a full attention to allow the unexpected to surprise you

Did you ever expect for people to go crazy for Santal 33? It was a one-hit-wonder.

Never at all. Maybe we lacked imagination but you won’t know what’s going to resonate with other people; you just do your best and let it go out in the world. Having said that, it is obviously extremely rewarding to have created something that is considered by some as the scent of an era. Hopefully it will outlast it.

What was the moodboard for Santal 33?

Do you remember the old Marlboro ads? A man and his horse in front of the fire on a great plain under tall, blue evening skies – a defining image of the spirit of the American West with all it implied about wilderness and personal freedom. Our Santal scents were born from this fantasy as an olfactive homage to this great myth.

This may be a tough question, but why do you think people like it so much?

It’s hard to explain. For a perfume to reach that level of universality, it needs to carry a very delicate balance of harmony, originality and depth. We always thought creating something undeniable and systemic was possible. Something that would make us one and touch the same humanity in each one of us, whatever our age, culture or education. The growing unmarked global appeal of Santal 33 is slowly proving that this is possible.

ELLE Edit: 11 Needle-Free Botox And Filler Alternatives To Use At Home

Was there ever a time where you thought that the cult status of Santal 33 was becoming too much?

Santal 33 has indeed taken over the streets of New York City, Los Angeles and other pockets of the world. It can sometimes feel like it became the perfume cool kids wear on every block. From a perfume that more and more people can’t live without to maybe a certain olfactive fatigue from the original core people upset by its growing presence, there is indeed quite a stretch but so far it seems there has not been any other scent able to replace it.

In that vein, what does it mean to express individuality through a ‘perfect’ scent? Is there even such a thing?

Wearing a perfume is very personal, very emotional. It is impossible to put people into olfactive categories as every trigger will be experienced differently and perfume is truly unique in that sense for each of us.

Our Souls (this is how we call our lab technicians in our boutiques lab) focus on what clients have to say, what they are looking for in a perfume, what kind of message they want to send to the world about themselves. Empathy and silence are a big part of our connection with them. We give them space to express themselves in a way that they usually don’t find in a traditional retail environment. It is key to really refine their search and narrow down the selection of perfumes they could try on their skin. It takes sensibility and humility to build that space of comfort and trust to let the magic naturally unfold in front of our audience’s very eyes.