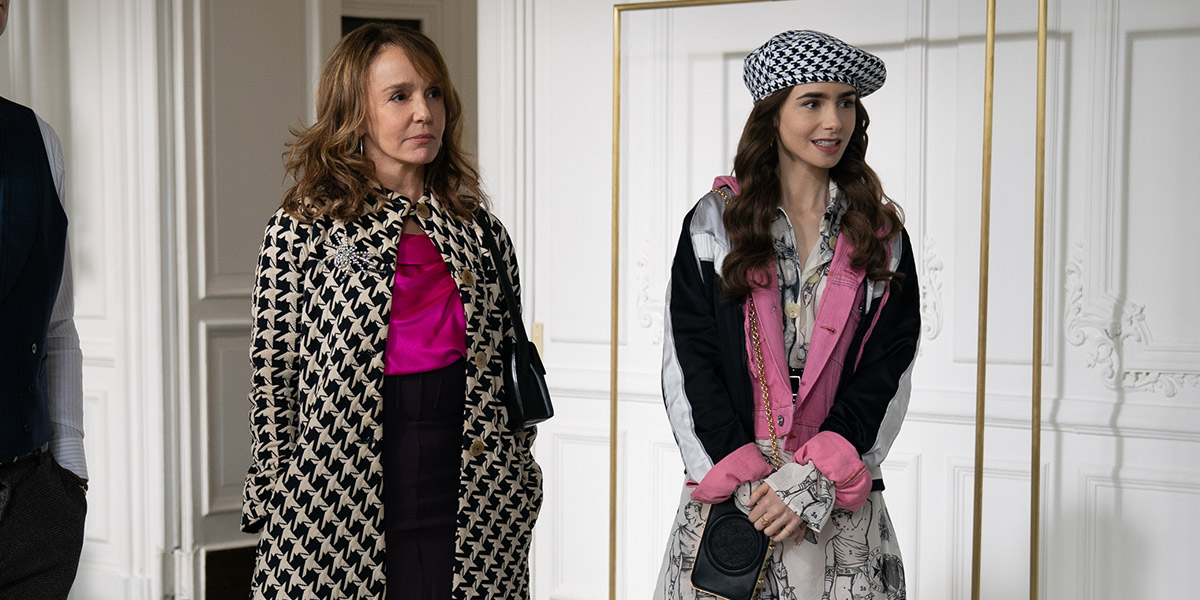 Good or bad, the talk of the past week’s internet has been around Emily in Paris. Self-quarantine and social distancing have made our binge-watch appetite larger than ever. And like any new show to hit on our weekend binge premiere this year, Netflix’s original Emily in Paris has successfully created a buzz around the world for several reasons.

Lily Collins stars as Emily, a 20-something American girl who moves to Paris to pursue her career as a social media strategist. The show captures her journey as she navigates between her work, friends and romances in the stylish new city. But a clichéd synopsis, a stereotyped setting or characters is not what makes it popular. It seems like what we took away, as the couch critic that we are, is the fashion we’ve all missed out this year. That was what it brought to our screens and what we’ve relished and fawned over.

The show might be too far from reality but Emily Cooper strutting down the Parisian streets in a million-dollar wardrobe is what dreams are made of. Her maximalist style filled with pieces from luxury houses like Chanel, Christian Siriano, MSGM, Kenzo, Alexandre Vauthier and more and her wardrobe’s major hits like her bucket hats and berets are hard not to miss. Given that the show is produced by Darren Starr, the creator of Sex and the City which too dictated an era and its fashion (still as popular as ever) speaks for the show’s fashion repertoire.

Speaking of Sex and the City, if released today it would probably go through the same internet debates over how a columnist affords a crazy luxurious wardrobe as Carrie? But apart from the leading ladies and their collective and personal journeys, what makes it iconic is the way it brought out fashion and made the masses somehow interested and vested in it. From Manolo Blahniks to the tulle skirts, the show’s fashion is as fresh as it gets. Moreover, me being a kindergartener at the time of the show’s release but knowing of it because of its rapport is how crazily popular it is in the pop culture, world over.

But going down the memory lane, there have been many shows that have smoothly managed to sneak fashion and made it familiar for all of us. Personally, as a high school girl, I remember being grounded for watching Gossip Girl despite having exams the next day. You know how Asians parents take their kid’s exams right? But Blair and Serena’s affair were much more important for me at the time and still are if we consider the number of reruns I’ve had of the show. This was the show that introduced fashion as a concept for me, getting to know designers, different styles and everything that goes on in Upper East Side’s ‘elite’ world. Also, the fact that it’s getting a reboot in 2021 and the way Emily recounts her love for the show in ‘Emily in Paris’ proves its cultural and fashion significance.

These shows have been successful in bringing fashion to the forefront and at times have made names for many stylists, designers and their popular styles or design or fashion. But then there are shows which are known for their stories, characters, direction and so on which are outwardly not known or made for serving style but for the folks interested in fashion, they’re very much known for their fashion. Shows like Mad Men, Downtown Abbey, Marvellous Mrs Maisel, Stranger Things (the list goes on), all have brought out different costumes and different eras and styles. In fact, who doesn’t spend their time watching the latest K-dramas and ciphering the major designers and their pieces?

Perhaps we’re forgetting the buzz around The Crown’s latest fourth season set to premiere next month and its key fashion moments from Princess Diana’s real to Emma Corrin’s reel wardrobe!