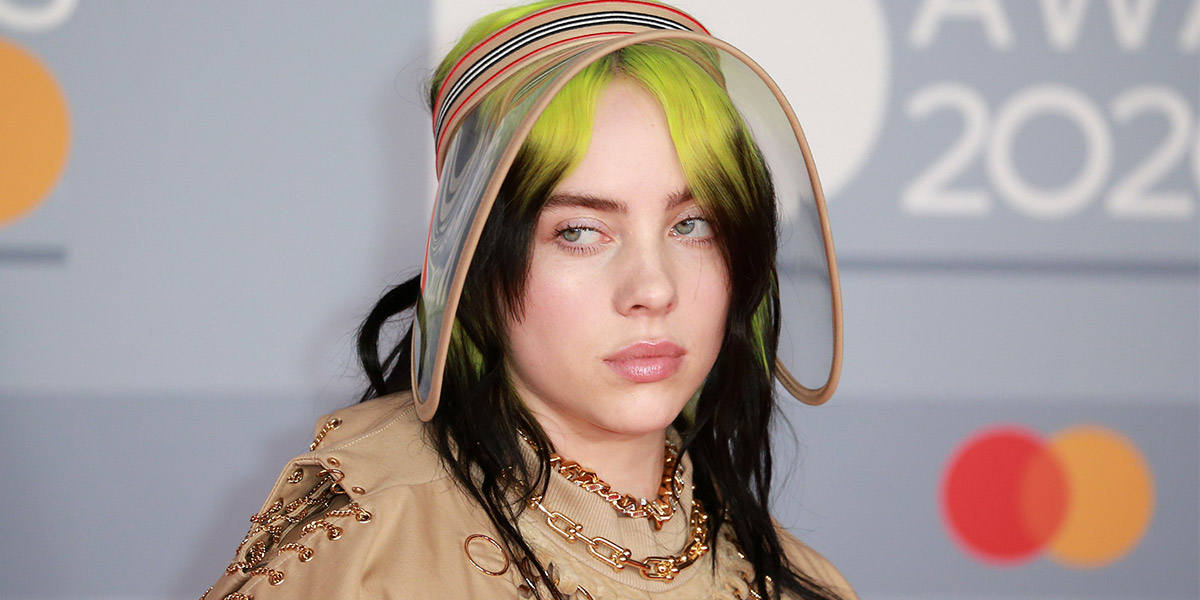 Billie Eilish divided the internet this weekend when she posted her own version of The Dress on her Instagram Story. Eilish had been doing a fan Q&A when she was asked about the original dress image. She said she saw gold and blue and posted an IG Story of the image as proof. Then she shared an optical illusion of her own, recalling her dad incorrectly saw her Uptempo Nike shoes as pink and white. He wasn’t the only one though who saw those colours, though, and Eilish wasn’t having it.

The shoes are actually mint and white, although in warmer indoor light, the white on the “Air” photographs as light pink. Eilish posted several images of the shoes against other sneakers with pink and white in them and then took them outside, where the mint and green are more clearly visible.

At one point, Eilish had her mother look at them, and her mom told her she saw pink and green.

“Yeah, so I’ve come to the conclusion that you guys still don’t know your sneakers at all because the people that agree with me, because they know what the fuck the shoe looks like, are all people who are sneakerheads that know what the fucking Uptempo mint green shoes look like,” she told her Instagram followers, exasperated. “I don’t care what you think they look like; I care what they are!”

“No dude, I’m still pressed about this. Because the whole internet is gaslighting me!”

“There are bigger problems in the world…” her mom replied.

Eilish laughed: “You’ve got me there.”

Eilish then took the shoes outside, posted videos of them against other pink and white shoes, then went back inside and told the internet to let her have this.

“So we all know that I’m right here even if you see something else. You know that I’m right underneath it all, right?” she said. “And real quick: before you keep arguing or whatever the fuck, the entire internet’s been calling me fat for a week, so let me have this.” (Eilish is referring to trolls’ response to paparazzi photos taken of her wearing a camisole and shorts. In response to that, she reposted a TikTok saying people need to normalise real bodies.)

Byredo And Ikea Are Launching A Line Of Candles