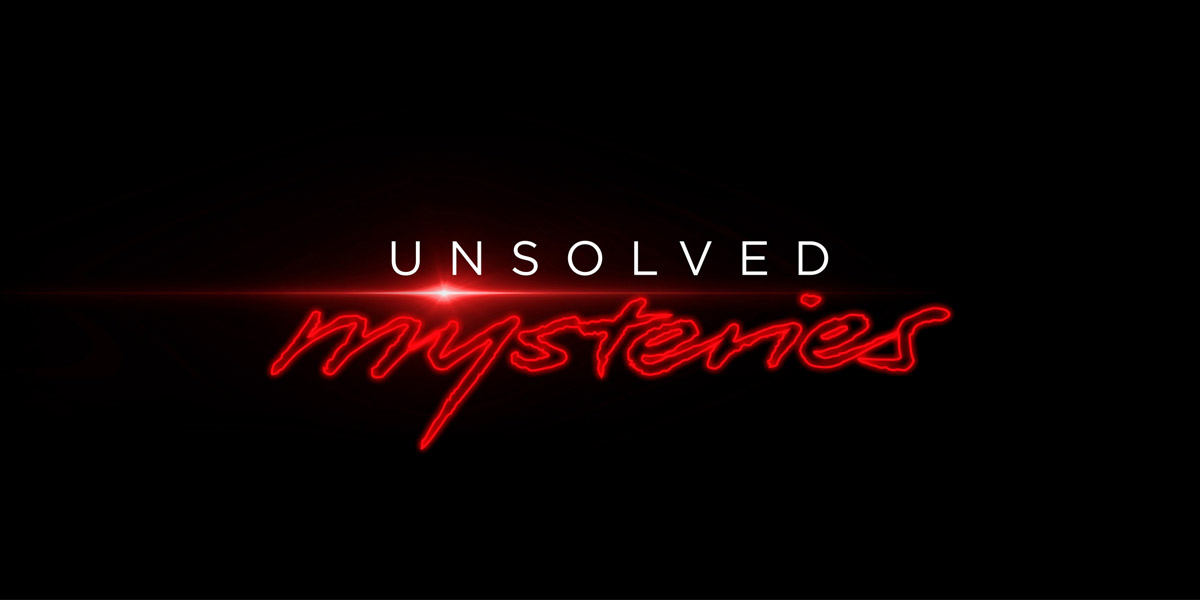 Don’t ask Terry Dunn Meurer which episode of Unsolved Mysteries Volume 2 is her favourite. The show’s longtime executive producer, whose been telling cold case stories since 1987, will dance around an answer. She’ll weigh in on which episode is most mysterious. Perhaps the ones that are most likely to be solved. But not favourite. Because for Meurer, each instalment in her 35 years with the show is a journey toward answers for those who need them most.

“It’s like, how do you pick one of your children and say, ‘Which one is your favorite?'” she says when asked to select the best of Unsolved Mysteries‘ new season, which dropped on Netflix October 19. Meurer is one of several producers who parses through hundreds of story submissions to deliver six mystifying hours of TV. “We will look at any story that comes in,” she promises. Even the most implausible of cases.

Once a mystery is selected, Meurer says things quickly get personal. She’s navigating a steep embankment that JoAnn Romain disappeared into for episode 5, “Lady in the Lake.” She’s delivering credible tips to law enforcement once an episode airs. And she’s texting the loved ones of those featured in the series long after telling their stories. Ahead, Meurer reveals which new mysteries she wants you to solve and why Unsolved Mysteries gives hope to those who watch it.

How does the Unsolved Mysteries team find stories, particularly for Volume 2?

I always use the word diversity. We look for different kinds of categories and stories so we’re not telling three murder stories in a row. We’ve got a murder, a missing, a paranormal story that’s maybe a ghost or a UFO, a wanted case. That’s important, that we provide the audience with a variety of mysteries because everyone likes a different story. We want to give our international audience some Unsolved Mysteries stories as well. Volume 2 has two international stories in it. One takes place in Norway and one in Japan.

Then it’s really looking at the actual people whose mysteries these are. We do look for diversity of age and urban versus rural, ethnicity, race. We want to represent as many cultures as we possibly can in each volume of episodes that we do. Then solvability is really important. We look for cases that… Well, they’re not easily solved or we wouldn’t be doing them, but cases that actually have the potential to be solved because there’s some leads or some theories or law enforcement really thinks if they get the story out there that they can solve it.

Which episode from Volume 2 is your favourite?

I really hesitate answering that question because they’re all my favourites, all for different reasons. I get very personally involved in the stories with the participants. Maybe I’ll answer it a different way. I think the cases that are most solvable are “Death Row Fugitive,” the Lester Eubanks story. We feel like somebody knows where he is, and he could have passed away by now, but at least somebody would be able to tell us.

“Death in Oslo” is a very mysterious case, and there’s two mysteries there. It’s about the identity of a woman and then how she died. I think someone will be able to see the composite of her face and somebody will recognise her, we hope. Then there’s “Stolen Kids,” an episode about missing children from New York. At the end of that episode, we have what we call a roll call of a number of other cases, faces of missing children. We have their age progressions, so what they looked like when they disappeared and now what they would look like when they were in their 20s and 30s. We’re hoping the audience is going to look really closely at those, and see if we could solve one of those.

The most mysterious case is “Lady in the Lake.” It’s about a 55-year-old woman who allegedly just left church one evening and walked across a few lanes of highway in the snow in her five-inch heels and walked down this very, very steep embankment into the water. The police theory is that she committed suicide, but the family does not believe she committed suicide. They believe it was foul play. Having stood there at that church and on that highway and trying to get down that embankment in tennis shoes, it’s very steep, and I’m pretty agile. We don’t know what happened.

After an episode airs, how many emails and phone call tips are you receiving? And how many are legit?

We’ve received over 4,000 tips or comments since the launch of Volume 1. We go through every single thing that comes into the website. The episode that received the most actual tips that we could forward to law enforcement was the “House of Terror” episode about the fugitive in France. We forwarded over 1,000 solid tips. In that case, there was a small cluster of tips that came from Chicago. It was like, “Well, maybe he’s in Chicago.” That’s a possibility. The episode we received the most emails about itself was “Mystery on the Rooftop.” The tips just keep on coming. We encourage them to keep on coming.

Over the decades, what percentage of cases have gone on to be resolved in some way?

I think the number is over 25 percent. It might be closer to 30 percent. Not all the cases are solvable, like I mentioned. When we do that math, we just look at the solvable cases. But we produced over 1,300 stories and about 270 have been solved.

The show has been around for 34 years. What makes it stand the test of time?

I think the audience gets very engaged in the idea that they could help solve one of these mysteries. When we first started, we didn’t know how many or if we were going to even solve any cases. But then when we started to produce the updates and give the audience the information about the cases that were solved, I think people got very engaged because they are rooting for these people to have their cases solved. They get very hopeful, just as the people do whose cases we’re profiling.

People who submit their stories to us look at Unsolved Mysteries as almost a court of last resort, because these cases are often very, very cold. What Unsolved Mysteries does is it lights a fire under the law enforcement and the public to revisit this. The hope is always that time sometimes does make a difference. Somebody is feeling guilty about some information, or maybe they think, “You know what? Maybe that tip is worthwhile.” We’ve had cases solved because of DNA hits, which is also possible. That’s why we keep going, because we’re hopeful that we can bring closure to some of these cases.

You’ve mentioned how personal each of these cases feels to you. Do you stay in touch with any of the families you’ve worked with on Unsolved Mysteries?

I do. In fact, during this call, I just got a text from Allison Rivera, who was the wife of Rey Rivera in the “Mystery on the Rooftop” episode. I keep in touch with Michelle Romain, the daughter of the woman in the “Lady in the Lake” case. But at a certain point, they need to let it go. They’ve put it out there. We do everything we can, give them the leads and everything, and if there isn’t closure, you don’t want to keep opening up that wound again. Every time somebody goes to tell their story again, it is just like ripping that Band-Aid off.

This interview has been edited and condensed for clarity.