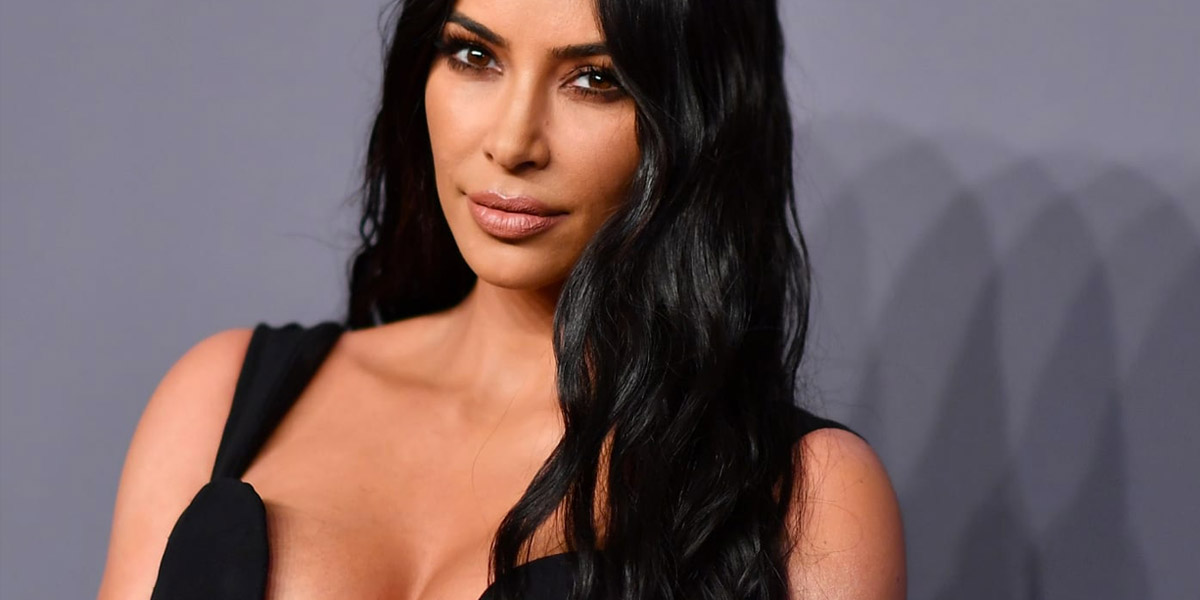 Ever since Kim Kardashian burst onto the scene, bringing her loud, forthright and unconventional family with her, people have routinely liked to question: ‘Why is she famous?’

It’s a fact that the reality star and her eldest daughter North West have even acknowledged, despite the fact the Californian-born star has been recognised by Forbes as having a net worth of around $780 million (£600m), a beauty line, lingerie label, a reality TV empire, and justice reform influence attached to her recognisable name.

Whatever your opinion of Kardashian, she has capitalised on the opportunities she’s been given and worked hard to build on them to develop multi-million dollar businesses, while successfully dominating the public and media consciousness for around 13 years – a status that many reality stars before and after her have failed to do.

Today, October 21, marks Kardashian West’s 40th birthday, believe it or not. So to celebrate, ELLE UK has taken a trip down memory lane for some of the mother-of-four’s most infamous, shocking and pretty incredible moments in her varied career path. Remember her single, ‘Jam’? You’re welcome.

In the early Noughties, Kim had a job as a stylist to her childhood friend Paris Hilton. Here she is with Hilton in 2006 at Munich’s Oktoberfest where Hilton was promoting a drinks line. At the time, Hilton was at the height of her fame due to her appearance on The Simple Life with Nicole Richie – where Kim also made cameos.

In a 2019 episode of Keeping Up With The Kardashians, Kim acknowledged that Hilton ‘literally gave me a career’.

Kim, along with her sisters Khloé and Kourtney, also ran a boutique store in Calabasas called Dash, inspired by their surname, which they opened in 2006.

Kim previously told The Hollywood Reporter that she worked on the tills at Dash while attending college.

With the rise of the show, the store expanded to locations in Los Angeles, Miami and New York, with a reality TV series DASH Dolls chronicling the employees the sisters hired. Since 2018, all of the stores have since been closed.

Keeping Up With The Kardashians

In 2007, a reality series chronicling the life of Kim, her sisters, brother, mother and stepfather was born thanks to ‘momager’ Kris Jenner and presenter Ryan Seacrest. According to an interview with the Hollywood Reporter, the family knew Seacrest wanted a show like The Osbournes – following a famous family – and through connections Kris pitched her family for the series.

KUWTK has lasted 13 years, 20 seasons and resulted in nine spin-off shows. The upcoming season 20 will be the family’s last, they confirmed earlier this year.

While KUWTK was taking off, Kim also dabbled in acting. She had cameos in How I Met Your Mother, 90210, CSI: New York, 2 Broke Girls and Hollywood film Disaster Movie opposite Carmen Electra.

Dancing With The Stars

In 2008, Kim – a self-professed non-dancer – was a contestant on Dancing With The Stars, the US version of Strictly Come Dancing. Kim was the third celebrity to be voted off faring much worse than her brother Rob, who appeared on the show in 2011 and came second!

After dabbling in dancing and acting, the only thing left for Kim was music, so in 2011 she released her first single ‘Jam (Turn It Up)’, which featured lyrics like ‘Rosé up in the air’ and ‘Pick up any boy that I want’. Kim’s future husband Kanye West featured in the video and the song charted at number 17 on the Billboard charts.

In a 2014 during an appearance on Watch What Happens Live!, Kim said the song was a ‘lame decision’ and ‘the one thing’ that she can’t believe she did.

While KUWTK was Kim’s primary job, it was nightclub appearances, shop openings, the Kardashian Kollection clothing line and brand partnerships that landed her on the Forbes celebrity 100 list in 2014.

The magazine reported how the bulk of Kim’s $28 million yearly earnings were ‘derived from sources other than her show’.

Among the many partnerships Kim has had in her time, these include one with the toilet paper brand Charmin in 2010, and questionable diet supplements which have been the subject of intense criticism and reprimands by health bodies.

A Foray Into Tech

After announcing via a 2014 viral Paper magazine cover that she would ‘break the internet’, Kim focussed her sites on the tech world with a mobile game, Kim Kardashian: Hollywood, and a range of ‘Kimojis’ – adding to her already profit-building social media presence.

Between June 2014 and June 2015, Kim had earned $51 million, according to Forbes. The year before, her annual income had been $28 million. When analysing the increase in wealth, Forbes attributed it to her moves within the tech world, with her namesake game accounting for 40 per cent of her yearly earnings.

In 2016, Kim was honoured with a ‘special achievement’ Webby award.

In 2015, Kardashian released her first book – a coffee table photobook full of selfies entitled Selfish. In an interview with AdWeek Kim, who was dubbed the Queen of Selfies at the time, said she took her first one in 1984.

In 2017, Kim made the long-awaited venture into beauty releasing her line KKW Beauty , which features products very much associated with Kim – like contour kits and lipstick ranges. In 2020, the brand was valued at $1 billion in a deal with cosmetics company Coty.

Amid the beauty and shapewear lines, Kim has also enrolled at law school and is studying for the bar. Her entrance into the legal sector was inspired by her support for criminal justice reform and she has personally intervened in some cases in the hope to acquit or grant clemency on behalf of some offenders. Her new work in prison reform has even taken her to the White House, where she was able to persuade Donald Trump to pardon and free Alice Marie Johnson – a woman who had been in prison for 21 years on a drugs charge.

Kim launched her shapewear and lingerie line SKIMS in 2019. The brand experienced a rocky start, after the mogul initially named the collection ‘Kimono’ – leading to a huge backlash and accusations of cultural appropriation – before renaming it SKIMS. The brand has since expanded into maternity wear and there are reports the businesswoman will soon make a foray into homeware.